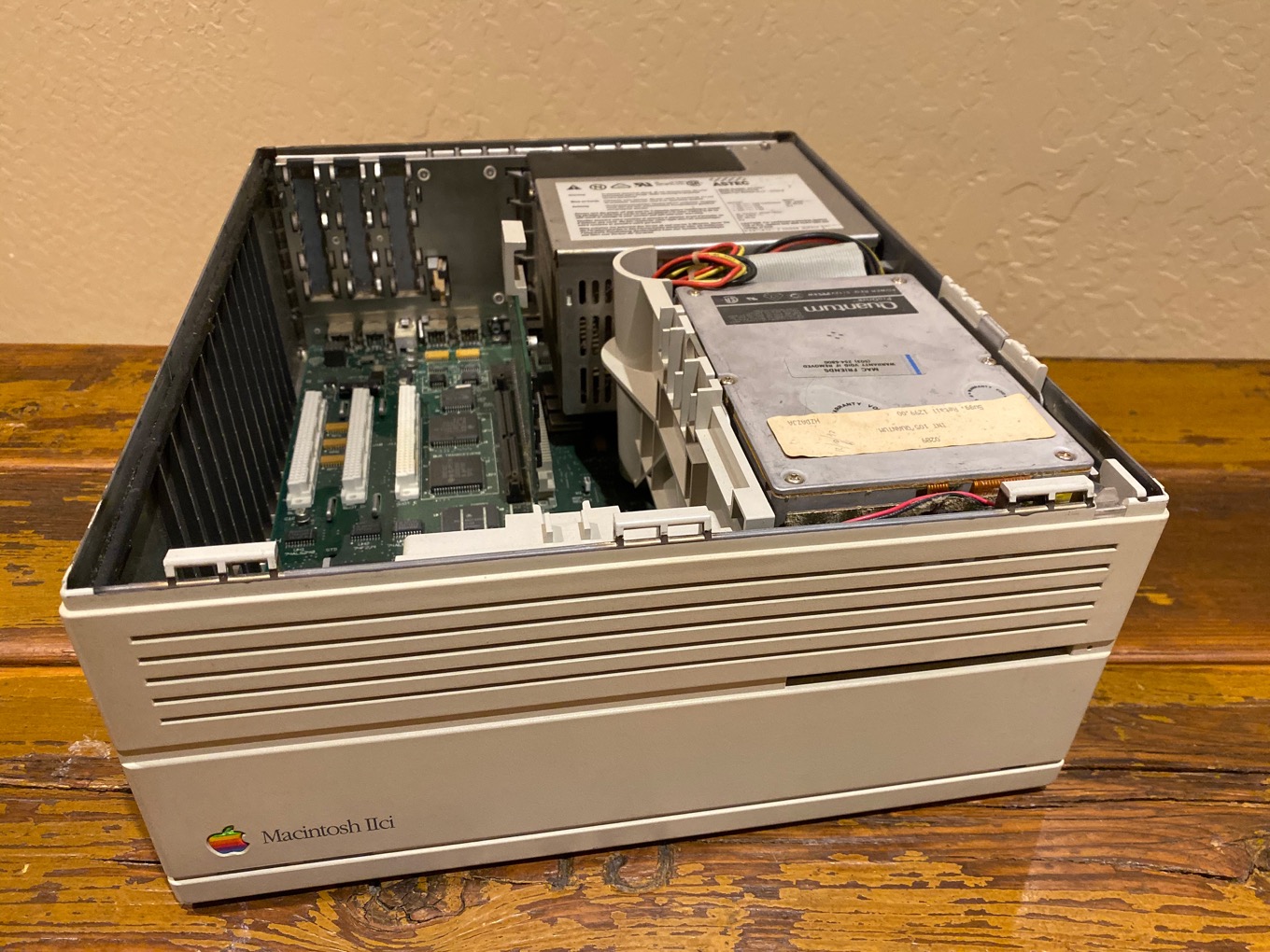 The original Macintosh was a squat, cute beige box with a small black and white screen and small keyboard. For a couple of decades, it was immortalized in the icon, designed by Susan Kare, that appeared when you turned on any Mac.

Almost no one remembers the sequel. But there was one, a computer called the Macintosh II. It was unveiled three years after the original Mac, and it was a traditional PC in many ways the original Mac was not. Instead of a cute, compact and closed single box, there was a huge plate of a computer that you could open and insert expansion cards in. You had to attach an external monitor ̵

(Although color support came to the Mac early in its life, the Mac was very clearly a monochrome system. If you used a color Mac in the late ’80s or early’ 90s, the appearance of colors anywhere tended to come as a shock.Color effects in classic Mac OS felt like they were painted over the original black and white interface.Although the color continued to seep in over the years, it felt like an important part of the Aqua interface to Mac OS X. of the interface.)

The Mac II was huge – almost 19 inches wide, 14.5 inches deep and 5.5 inches high, weighing 24 pounds. In 1989, Apple unveiled a much smaller box (shaving seven inches wide and more than ten pounds) that still had room for internal expansion and supported external monitors. It was Mac IIcx. In the fall of that year, I started working on my college newspaper, and the paper’s IIcx was the Mac all together sought. Three of us wanted to post pages in Aldus PageMaker on Mac SE equipped with external full-page portrait displays. It went slowly, and unless you were zoomed in all the way, you could not even read the text in your articles – it was just lines of gray rectangles, to speed up the graphics.

But the fourth editor, the lucky one who had managed to command the Mac IIcx, was allowed to navigate on a two-sided screen powered by the magical little gray box. You could read the text without zooming in incredibly far. It was also the only Mac connected to our printer, so if you wanted to print your page for proofreading, you had to load the PageMaker file onto a floppy disk, go to Mac IIcx, insert it, and then print. (Within six months, I had convinced the newspaper’s business manager to buy a series of adapters and some software so that we could put each Mac in the office on a LocalTalk network. Then we could share files and print from any Mac on office. And play NetTrek too, for sure.)

Over time, we got more Mac IIs in the office. A Mac IIfx, the same huge disc as the original Mac II, made its appearance. A winding Mac IIsi with a color screen arrived in my senior year. But I never lost my love for that Mac IIcx design.

A few years later I worked on Mac user, and the company sold surplus equipment to employees at dramatic discounts. Since I switched to a PowerBook, my parents had used Mac SE to make the books for their business in a Microsoft Excel spreadsheet I had set up for them. (It’s basically the only thing my dad ever did on a computer in his entire life. He knew exactly which cells to click on and what to put in there.) But something had gone wrong with SE – it started spontaneously. new at random intervals, which is bad if you have not saved the spreadsheet.

And sitting there at the conference desk was a Mac IIci, the same cute little box computer I had fallen in love with in 1989. I spent a ridiculously small amount of money on it – maybe $ 50, including screen? – and set it up for my parents. Until they sold the house, retired and moved into a motorhome, it served them well – word processing for my mother and Excel for my father.

The IIcx / IIci design lasted a long time. It was so balanced that you could stick it up on its side to save some desk space, or lay it flat and slide a small screen on top of it. The final iteration of the design, the Quadra 700, actually showed the name and Apple logo with the assumption that you would use it as a small upright tower instead of laying it flat.

In the Power Mac era, Mac desktops were expanded to larger towers or flatter “pizza box” designs. But I will always consider the Mac IIcx and IIci as the pinnacle of early Mac desktop design.

I’ll be back next week with number 12.

If you appreciate articles like this, support us by becoming a Six Colors subscriber. Subscribers get access to an exclusive podcast, members-only stories and a special community.