I've linked 1Writer multiple times in the past week, but not specifically called out the iOS 12 update released last week. The update was not a big overhaul, but added the following notable features:

1Writer already had a "Recent" folder that I used regularly. My personal use of 1Writer does not involve favorites. 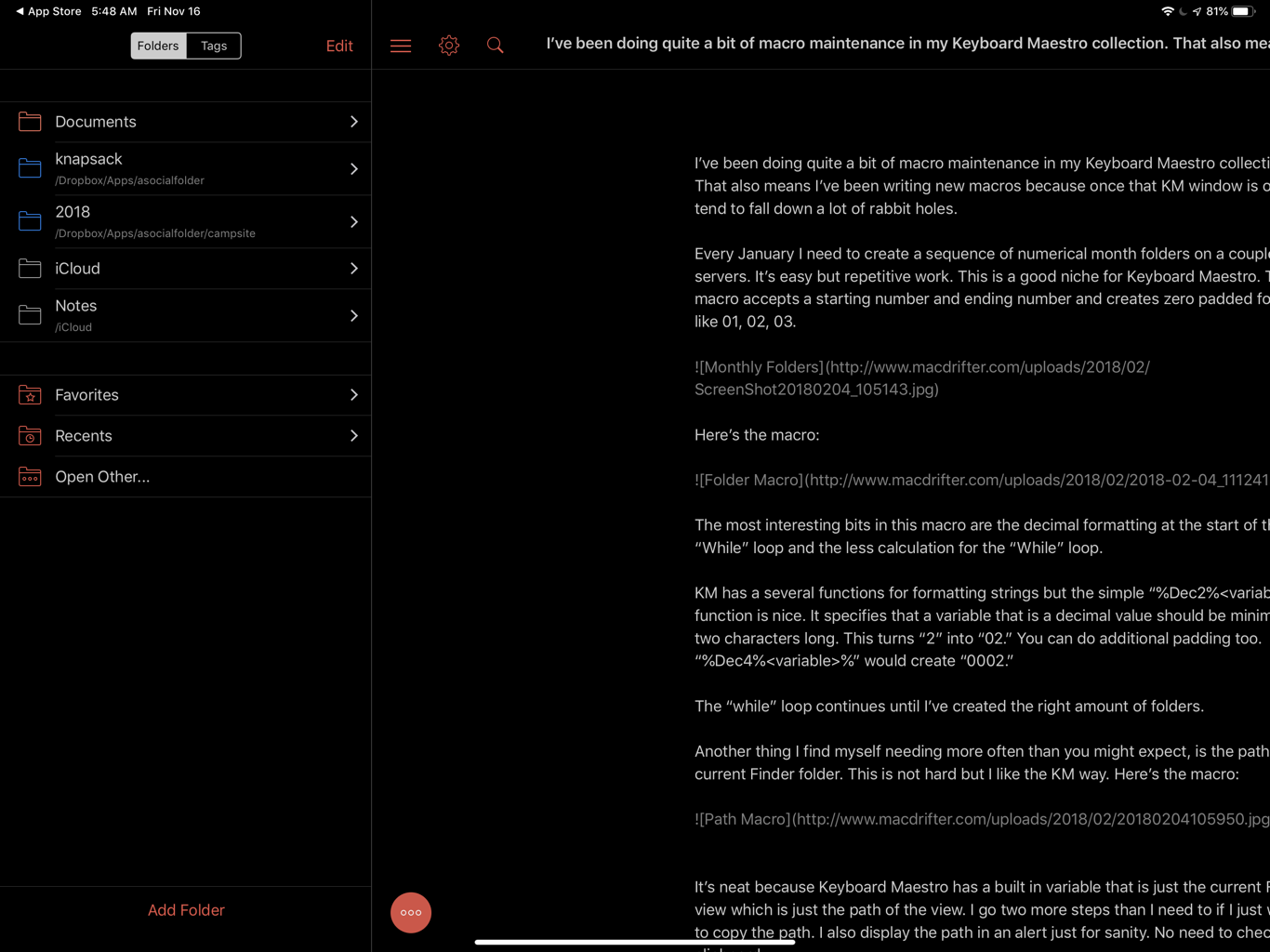 Most of my complaints about 1Writer documents are results of iOS constraints. While 1

Writer has no problem opening documents from iCloud Drive (and most of the time I use it), I do not allow to add bookmarked folders from outside 1Writer's iCloud folder. If I want my 1Writer documents to sync via iCloud Drive, I need to use the iCloud application folder.

iCloud Drive has a lot to do for it, but the document ownership model is incorrectly connected. It flies in the face of what made the Mac great from the start. You can use documents between programs regardless of where they are stored. Instead, iCloud Drive forces an elegant app like 1Writer to use this mess of a document browser … 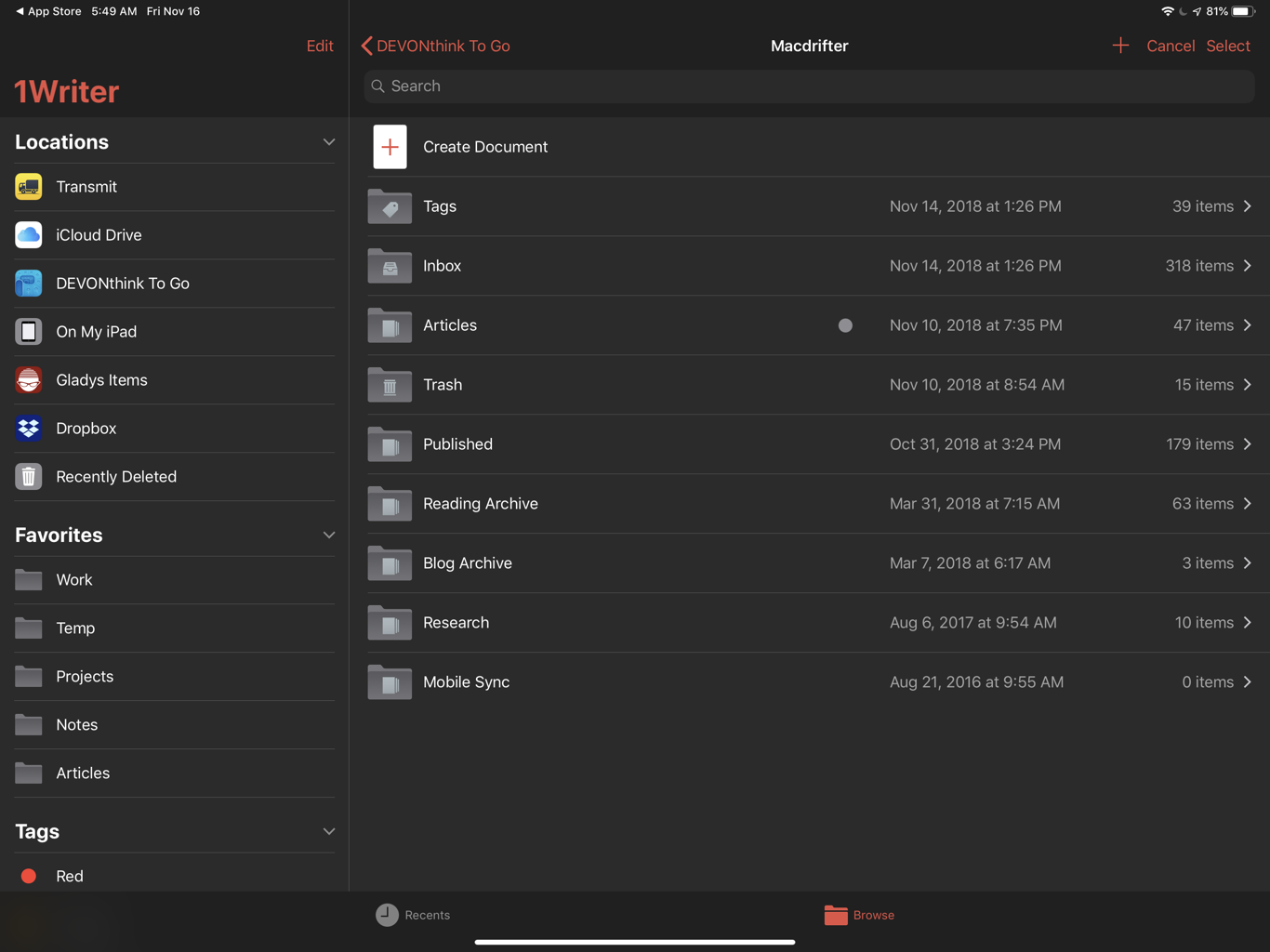 1Writer is where I go to write most long-form things. I have tried hard to keep my collection of text notes in 1Writer and synced with iCloud Drive, but the iCloud piece is frustrating. I still like the Aesthetic 1Writer, but what keeps me back is the JavaScript integration to create custom actions. Because it's JS, I can share most of the actions between Drafts and 1Writer with just less tweaking for the various application options.

1Writer now also has a tip scan. I donated because I use the app almost every day and I paid a few dollars for it many years ago. It's good to see that the developer stays on the app.