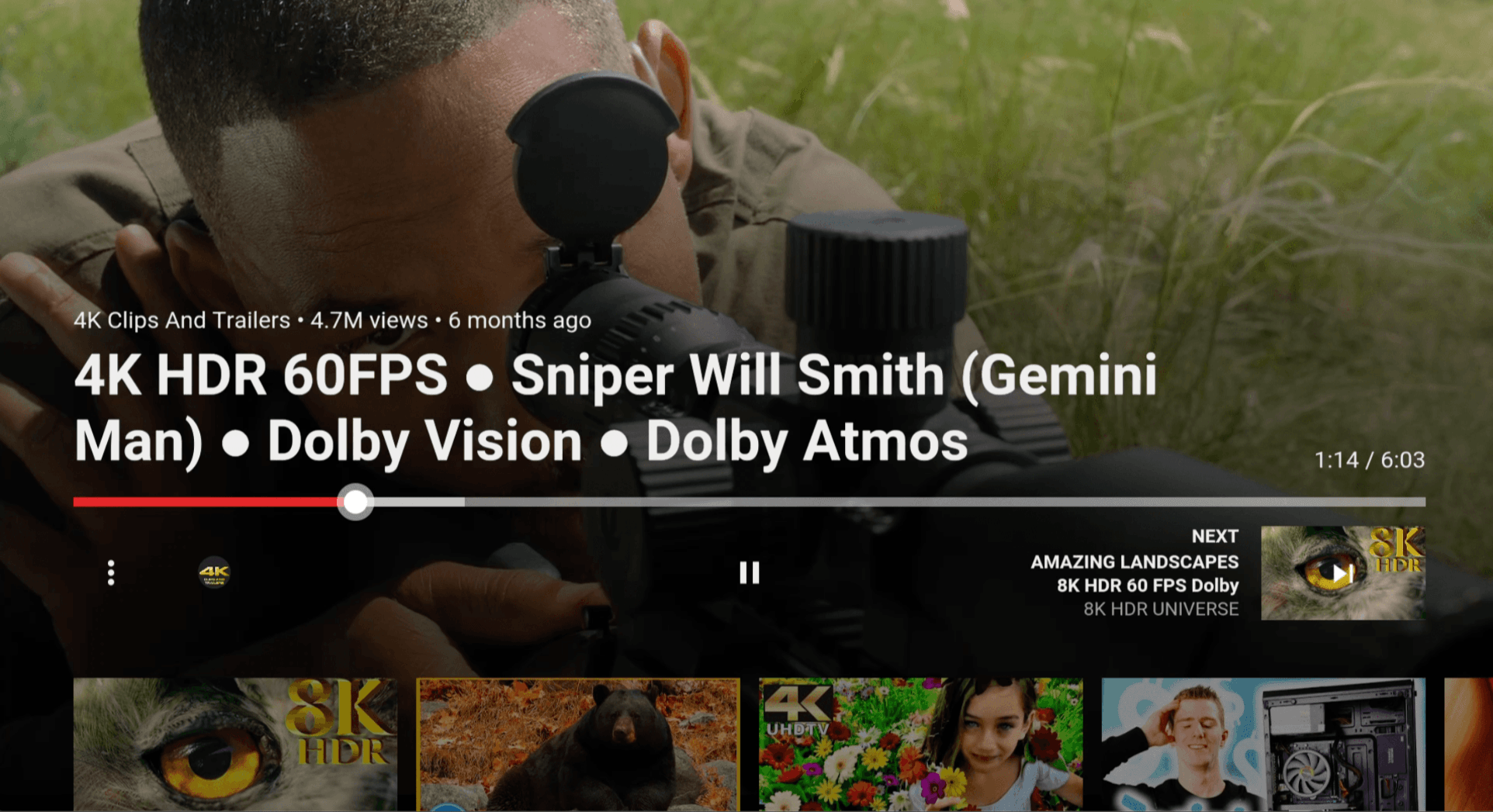 YouTube is updated to support 4K streaming on Apple TV 4K for the first time, although it is limited to 30 fps and does not support HDR. Speculation is that a higher frame rate, HDR content may come in an update of the Apple TV hardware.

First discovered by 9to5Mac over the weekend, The Verge confirmed on Monday with Google that 4K streaming is actually rolling out to Apple TV 4K users, even though they are not yet live for everyone. Although at least some 4K content is already available on select iPhone models, including the iPhone 11 Pro Max, The Verge notes that it is not yet available on all iPhones and iPads with compatible resolutions. When asked about iPhone and iPad 4K compatibility, Google told The Verge that YouTube will soon support 4K content on iPhone and iPad.