7 by BTS on Apple Music 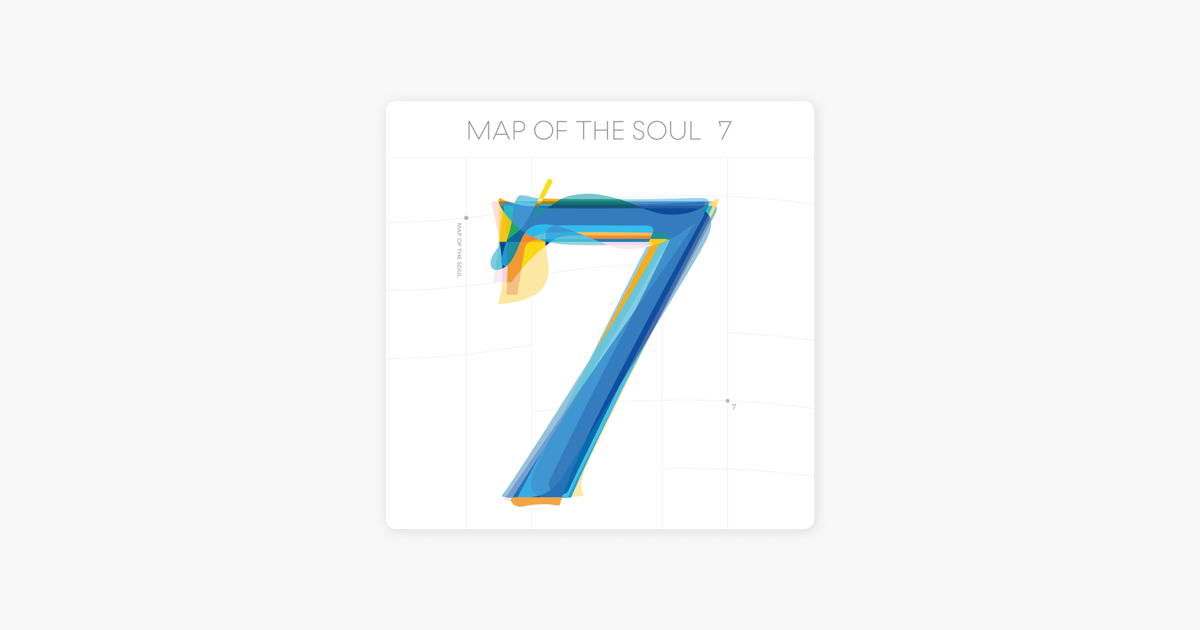 Editor’s notes
Only ten months had passed since MAP FOR THE SOUL: PERSON established the already massive K-pop group as a common worldwide phenomenon. So how much magic could BTS summon in such a short time, which included a month-long vacation? As a follow-up MAP FOR THE SOUL: 7 shows: mass. 7 examines the scars and wisdom they have accumulated since they debuted in 2013. The album begins with five songs from PERSON, including the hit “Boy With Luv”

; from 2019, which sets the stage for a sincere unpacking of fear and doubt. On “Interlude: Shadow”, Saga’s distorted voice rages against inner and outer pressure and questions his own motivation. “Black Swan” is similarly permeated by self-reflection as the walls close in and the group wonders if music will offer the same salvation as it did when they were children.

Fear eventually becomes gratitude during the album’s second act – the project’s emotional core. They use both hindsight (“Inner Child”, “Friends”) and depth perception (“00:00 [Zero O’Clock]”) To continue a dialogue they have had with their ARMY fanbase since basic training. “We are not seven with you”, is breathed and exhaled and repeated at the end of “We are bulletproof: the eternal,” which seals the ribbon. Along with this roller coaster of moods, 7 takes surprising turns. “UGH!” is a trap banger who verbally knocks phones out of the hands of anonymous haters. On the Slow Rabbit collaboration “Moon”, Jin sticks the promenade to a grip of groovy woo-oohs which invokes another famous boy band, The Beach Boys. The UCLA marching band adds a drum line to “ON”, while Sia appears on an alternate version of the song, playing a supporting role similar to Halsey on “Boy With Luv.” RM compares “ON” to a diary from the last seven years, and tells Apple Music that it is a shrunken version of BTS’s identity. “It’s about how we could stumble from time to time, but we’ll come up again,” RM told Apple Music. “It’s like a statement that we have admitted our fate, all pain and shadows.”

MAP FOR THE SOUL: 7 shows BTS at their commercial and communicative peak, and performs a role as the most intuitive musical and emotional cartographers of their generation. BTS has posted an intimate, reflective roadmap that shows where they have been for the past seven years and where they want to go. It is a reassuring confirmation of ARMY’s continued significance and slavery in and outside the BTS universe.