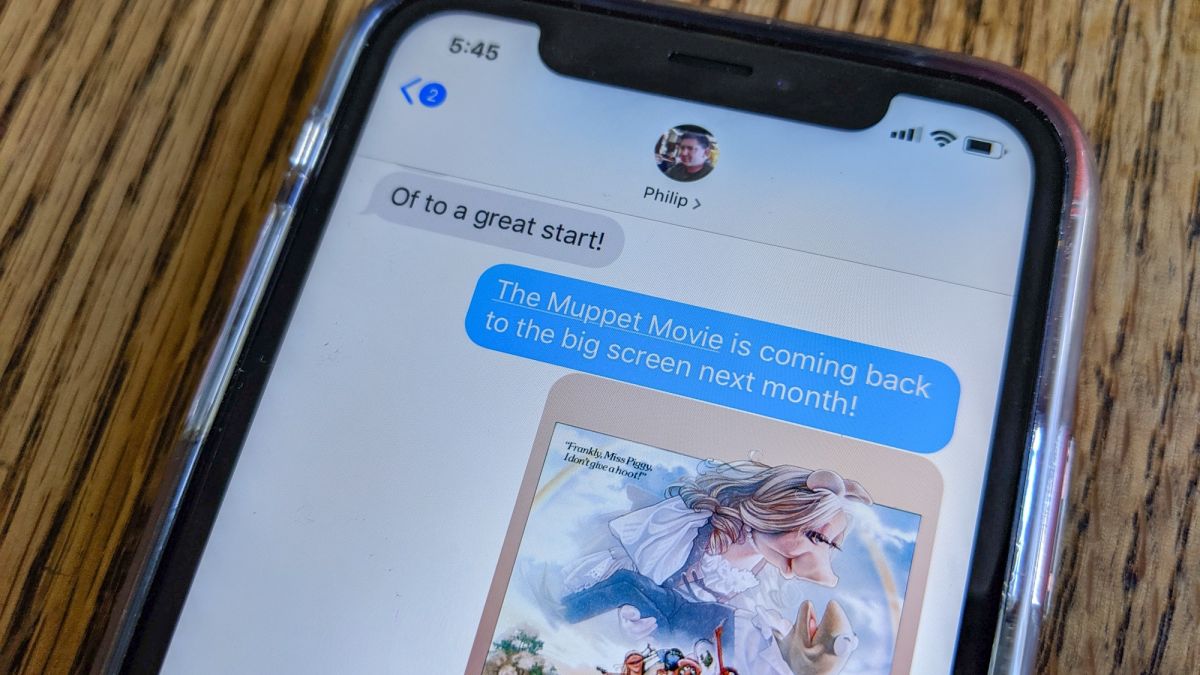 The blue bubble. Apple is working to link its customers to its ecosystem in many different ways, but there is no better symbol of the power of platform insertion than the blueberry users of the Apple Messages app when talking to an Apple tribe employee. On Android or a feature phone? You get a green bubble. It's just not that good.

And yet, for all the sake, the Messages app has to Apple's platform, it can be much better than it is today. Over the past few years, Apple has introduced features that haven't gone anywhere while leaving other potentially powerful features without addressing.

What Comes to Messages in iOS 13

Before I begin to list the features I wanted, had messages, it is worth mentioning a few ways that Messages will improve when iOS 13 comes in the fall. First is the introduction of a common avatar and identity for Apple IDs, which lets you share your name and a picture of your choice with people you are talking to via Messaging. It's a big win, since most users don't make an effort to put in a bunch of names and pictures for their contacts, and even those who make a little effort to keep them updated.

Second, the addition of tour ETAs, which is technical is a new feature of Apple Maps. But I often write people that I leave somewhere and switch to Maps to give them an estimate of my arrival time. In IOS 13 I don't have to do that anymore. Instead, I share my ETA directly in Maps, and they will be up and running – even though I'm late in transit.

So that's all good news. But what's next? I have some ideas.

The most serious issue is with the iMessage App Store, introduced with fanfare in iOS 10. It has become a collection of sticker packages that unnecessarily make it dull the messaging interface.

Next to the text entry on Messages are two icons – a camera button and the iMessage App Store. Tap the App Store and you will see a list of installed apps, including Apple's storage containers – Pictures, Apple Pay Animoji and Memoji among them.

There are so many things wrong here. To insert an image you've already taken, switch to the App Store view before clicking Pictures. I can't speak for everyone else, but I post pictures I've already taken far more often than I take pictures directly in Messages. Conversely, Apple's decision adopts.

More generally, when I talk to non-expert users about Messages, they all seem very confused about what the App Store icon is and what the little icons you get when you click on it are too. I realize that Apple will make messages a more fun and powerful app, but this App-Store-within-an app approach seems misunderstood and confusing. (At the same time, regular emojis hide inside the keyboard interface, and people don't seem to have trouble finding them.)

If you've ever had a conversation with someone who's having trouble talking your language, maybe you have the same thoughts I have: Why is there not a translation facility embedded in Messaging?

I realize there are some privacy issues here, but Apple has proven to be very smart in building systems that are secure and private. I would love it if my iPhone could detect the use of another language itself and then allow me to request a translation. (Of course, the translation may not be 100% private if it relies on a cloud-based translation engine. Therefore, messages need to be asked before translating.)

Ideally, I would then also be able to answer and have the Apple relay, not just my English answer, but a translated version of the answer, back to the person I'm talking to.

This type of function will benefit travelers and anyone else who spends time bumping into a language barrier. Yet, as far as I can tell, the only way to do this now is to copy the text, paste it into a web page or third-party app, and then copy and paste the result.

A few years ago, Apple presented a series of silly messaging features, including the Digital Touch, an Apple Watch-inspired feature that lets you send a heartbeat or a silly drawing to a friend.

Digital Touch is a waste of time, but another feature introduced about the same time, Tapbacks, is great . I love being able to quickly tap a message and send an icon response to the statement I respond to. It's a feature that is kind as a response to emoji, but something about the interface and the simplified set of responses makes it appealing even to users who would never design to send an emoji response.

With the risk of making Tapbacks more complicated, I'd like to see Apple expand the tapback encyclopedia. There are only six Tapback reactions currently available. Why not extend it or let someone emoji be sent as Tapback? Throw in the Animoji and Memoji stickers if you want.

The Tapback interface is so simple and whose range of responses could be kept manageable – especially by moving the most commonly used answers to the top – which I think would be worth it.

Other Changes [19659007] Sometimes you let someone use your phone but not read your texts, so what about an option to lock the message application separately, or even some text strings, behind a password or biometric validation?

Then it is a plague to find out that you have written a typo or an embarrassing auto-correction just after you have sent the text. Apple should provide users with an editing period (with appropriate tags so that the recipient can see that the item is edited).

And take a cue from email, sometimes you read unwittingly a message but are unable to actually act on it right away. Why not leave messages marked as unread? It would be a particularly useful feature if you have "read receipts" turned on so that the person who sent you the text does not get the wrong idea.

And finally, it's the big (and stupid) request: Given that the blue bubble has come to represent iMessage and even become a cultural signifier of some sort, maybe it's time for Apple to finally leave the green The SMS icon that it has used for iPhone texts since 2007, and dressing in the iMessage in the familiar, lovable shade of blue.