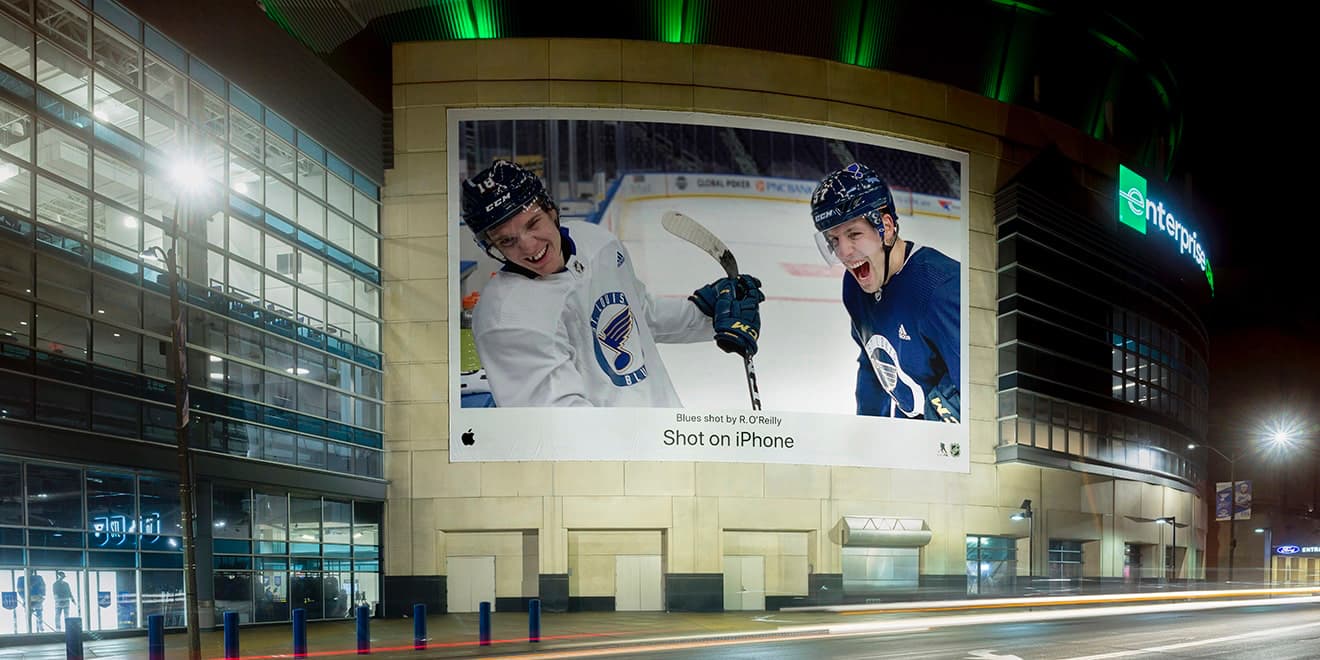 In its latest campaign on Shot on iPhone, Apple has teamed up with the National Hockey League to highlight images taken with their phones. Billboards, first discovered by Adweek, have begun to appear across the United States and Canada with images taken by NHL players.

In addition, Adweek says that the campaign will also penetrate into Instagram's Stories feature. The theme will be "one day of life" and offers behind the scenes how players use their days. This is just the latest in a wide range of joint ventures between Apple and NHL.