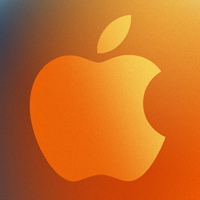 Yesterday, Apple announced that they will stream an Apple event on Tuesday, October 13 at. 10 Pacific / 1 Eastern. Apple did not say what it will announce, but we all know that the focus will be on the 2020 version of the iPhone. The last time Apple announced a new iPhone in October was the iPhone 4s, announced on October 4, 2011. (It was the iPhone that first added Siri.) From 2012 to 2019, Apple announced new iPhone models every September so that there is plenty of time for to get them out in the market for the peak season of the year. This year, on the other hand … well, we all know what impact the year 2020 has had on normality. Apple announced everyone in early August that the new iPhone would be released a little later this year, and here we are.

The invitation to the Apple event includes the phrase “Hello, Speed.” I guess it’s a reference to the fact that the next iPhone is faster, not only because of the new A14 processor (which we heard about last month in the new iPad Air (4th generation)), but also because many expect that This is the first iPhone to work with the new 5G networks. So far, most reports I’ve seen are that 5G is not yet ready for prime time – it’s a great battery life, it’s sometimes slower than 4G, and it’s only available in limited areas. It will be interesting to see if the 5G version of the iPhone has the same shortcomings.

By the way, if you visit this page on the Apple website using a modern iPhone or iPad and click on the graphic in the middle of the page, you will see an interesting AR / VR ad for the event.