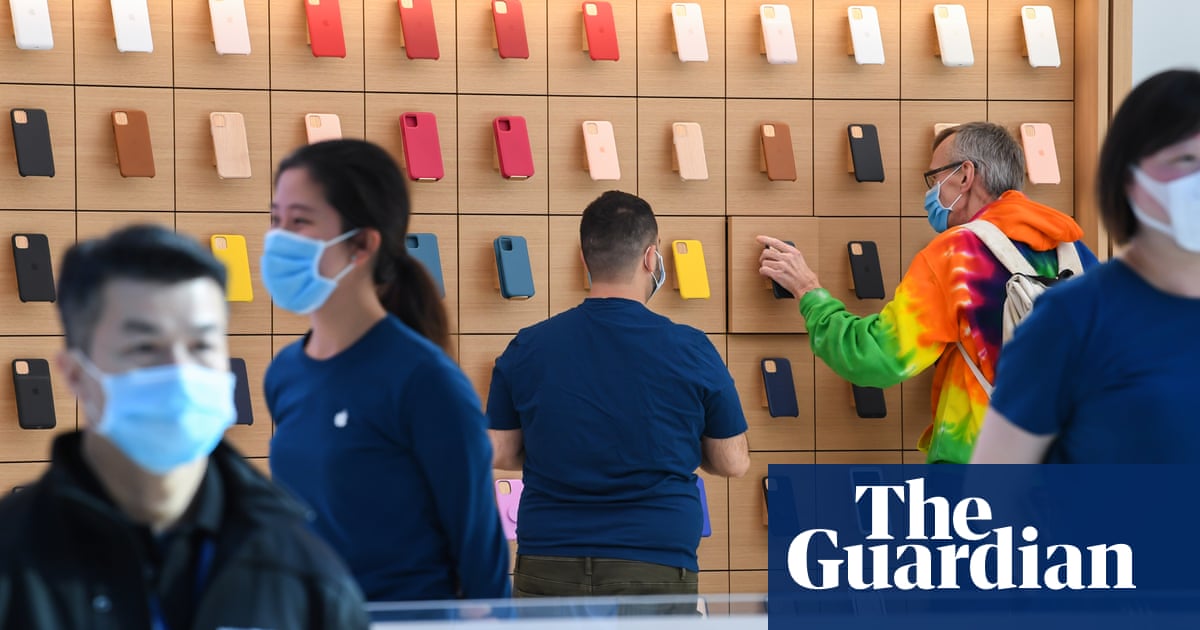 The details come a week after Apple’s CEO Tim Cook told the US Congress that he would not tolerate forced labor or modern-day slavery in the company’s supply chains.

A spokesman for Apple said that the company has confirmed that none of the suppliers currently collect cotton from Xinjiang, but declined to comment on whether they had done so before.

In July, the US government imposed sanctions on Changji Esquel Textile, a unit of Hong Kong’s garment group Esquel, along with 10 other Chinese companies for alleged human rights violations in the Xinjiang region, including forced labor.

The sanctions prevent companies from buying American technology and other goods. US Trade Secretary Wilbur Ross said they aimed to prevent US products from being used in “the Chinese Communist Party’s despicable offensive against defenseless Muslim minority populations”.

Esquel has denied allegations of abuse. “We have absolutely not, do not, and will never use forced labor anywhere in our company,” it said in a statement, promising to appeal its inclusion on the list, adding that an international audit in 2019 confirmed that it did not was some modern-day slavery at the factory.

One month before the sanctions were announced, Esquel had sent a shipment of cotton and elastane knitted shirts to women to “Apple Retail Stores” in California, according to the database run by the global supplier of supplier information companies Panjiva. These records were identified by the Tech Transparency Project.

Esquel supplies many major American clothing companies including Patagonia, Nike and Tommy Hilfiger. But Apple’s relationship with the company has not received much public scrutiny, even though it goes back years.

Documented in trade publications, and confirmed by delivery databases and Esquel itself, it seems to have focused mostly on uniforms worn by employees in Apple stores.

Until recently, Esquel’s website listed Apple as a “major customer”, according to a report published in March by the Australian Strategic Policy Institute (ASPI) to Chinese companies using forced labor in Xinjiang to supply global brands.

That same year, Esquel sent more than 50,000 units to Arvato Digital Services, a logistics company that works with Apple, Panjiva records show. Apple was listed on shipping records as the “contact party”.

In 2018, a presentation at an industry conference by Esquel’s CEO, John Cheh, highlighted Apple as a “major customer” of the company’s Vietnam arm, and provided images of blue and red staff uniforms produced in its factories.

These units are not on the sanctions list, but the shirts they produced probably included cotton grown in Xinjiang, the region where Chinese authorities’ persecution of mostly Muslim minorities has included forced labor.

Apple said in a statement: “Esquel is not a direct supplier to Apple, but our suppliers use cotton from their plants in Guangzhou and Vietnam. We have confirmed that no Apple suppliers source cotton from Xinjiang, and there are no plans for future purchases of cotton from the region. “

But the spokesman declined to say where these factories have their raw cotton. Guangzhou is a large Chinese city where there is no cotton use, and Esquel’s official documents do not point to any cotton farming in Vietnam.

The garment company is proud of “vertical integration” and produces a lot of cotton that is used in the clothes themselves. the same presentation of Cheh listed factories all over Asia and offices around the world – but only Xinjiang as a place for “cotton use, segregation and spinning”.

Additional notes listed five locations where the company operated in Xinjiang. One was Changji, the site of the sanctioned subsidiary.

Another was Kashgar, where for more than two decades Esquel had a joint venture with the Xinjiang Production and Construction Corps (XPCC), a paramilitary government organization that was also sanctioned by the US government in July, over its alleged role in carrying out abuses.

Esquel sold its stake in Xinjiang White Field Cotton Farming in April, three months before the XPCC was sanctioned. It has not said how it will replace the special type of high quality cotton (extra long stiff cotton) that the joint venture provided. XPCC produces about a third of China’s cotton.

James Millward, professor of history at Georgetown University in Washington DC and author of Eurasian Crossroads: A History of Xinjiang, said the entire region’s economy was polluted by Chinese Communist Party politics, with at least 1 million people held in internment camps, many forced into forced labor.

“They have decorated supply chains, they have decorated the idea of ​​Xinjiang,” he said. “It is such a deeply rooted and widely confiscated system of repression they have created, which has involved hundreds of companies in China and outside China.”

Although the companies’ own factories can be certified free of forced labor, they often work with – or with authorization from – local authorities that handle the abuse.

Apple came under the spotlight of alleged use of forced labor from a supplier when the original sanction list came out due to its relationship with the technology company Nanchang O-Film Tech, which makes cameras for some iPhones. Cook visited a corporate factory in southern China in 2017, according to the ASPI report.

Witnesses testified at the congress last week, describing forced labor as “disgusting”. “It simply came to our notice then [slave labour]. We would end a supplier relationship if it was found, “he said, adding that he would be interested in working on legislation to ban forced labor.

Millward said foreign companies had to “ramp up due diligence” to keep forced labor outside the supply chains, especially in the garment industry.

“The way companies have thought about it in general is, ‘Well, I have no factories in Xinjiang, so I can not be involved,'” but that is no longer enough.

“You have to see if any of the companies you are dealing with yourself have anything to do with Xinjiang. And maybe take it, you know, two or three steps removed because it’s so special the textile industry is. You go from fiber to filament to fabric to clothing, and it’s very difficult to track all of this along the way. “