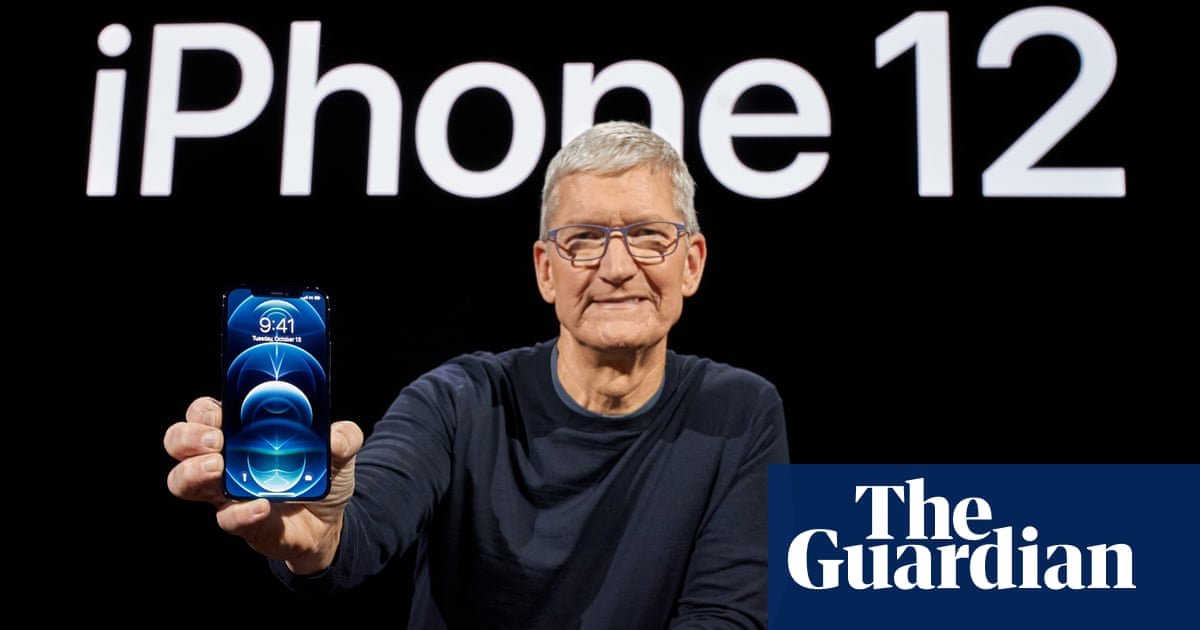 Apple has unveiled its delayed iPhone 12 series of smartphones in a variety of sizes with new designs and 5G connectivity.

Unveiled as part of an online event, which was pushed back by more than a month due to the Covid-19 pandemic, the new iPhones mark some of the biggest changes to Apple’s smartphones since the iPhone X in 2017.

3 and the newer iPad Pro and Air lines, with square metal sides and flatter profiles. All the new iPhones also have Apple’s latest A14 Bionic processor, which recently debuted with the updated iPad Air which was announced in September. They also all have Apple’s Face ID recognition system to unlock their smartphones and will support 5G for the first time.

None of the new iPhones come with headphones or power adapter, as a way to reduce the carbon footprint, but will include a USB-C to lightning cable in the box and will support faster wireless charging.

The new iPhones also feature Apple’s new MagSafe system, which magnetically attaches accessories to the back of the phone, including a new MagSafe wireless charging puck.

The mid-range model is simply called the iPhone 12 and is a direct replacement for Apple’s most popular phone from last year, the iPhone 11. It has a new and improved 6.1in OLED screen that replaces the LCD technology used on its predecessor.

The iPhone 12 has a new 12-megapixel dual-camera system on the back with normal and ultra-wide lenses and the TrueDepth selfie camera from Face ID on the front, all of which can now use Apple’s night mode for low-light photos. The body of the phone is aluminum like its predecessor, while the back is made of glass.

The smallest of the new Apple smartphones is the new iPhone 12 Mini, which has a 5.4-inch screen, which makes the phone a little smaller than today’s iPhone SE, but with a larger screen that fills the entire front of the device.

It has the same dual camera on the back and aluminum design as the iPhone 12, including Ceramic Shield glass.

The largest smartphone made by Apple will now be the new iPhone 12 Pro Max, which has a 6.7-inch OLED screen – 0.2 inches larger on the diagonal than the previous iPhone 11 Pro Max.

Both iPhone 12 Pro models have improved triple-camera systems on the back with ultra-wide, normal and new telephoto lenses, plus a lidar-based depth sensor scanner that can measure the distance to objects up to 5 meters away and help with autofocus. A similar technology was launched on the iPad Pro in March and is designed for augmented reality experiences.

The body of high-end iPhones will be made of stainless steel in highly polished surfaces and with Ceramic Shield glass on the front. They also have a water resistance class of IP68 for depths of 6 meters for 30 minutes.

The launch of 5G-compatible iPhones is expected to be a turning point in the rollout of the fifth generation mobile network, as well as the first 4G-compatible iPhone that spurred widespread use of the technology in 2012.

“If anyone can start consumer demand for 5G, Apple can,” said Paolo Pescatore, an analyst at PP Foresight.

In addition to the new iPhones, Apple has launched a new, smaller version of its HomePod smart speaker, powered by Siri’s smart assistant, which they hope will help it better compete with Google’s and Amazon’s dominant smart speakers.

The original HomePod sounded really good, but was let down by Siri’s limited capabilities and Apple’s limitation of music services to just their own.

The new HomePod Mini has the same S5 processor as the Apple Watch Series 5 to control playback and sound generated by the speaker’s single-firing driver and two passive radiators. The new speaker also has proximity detection for nearby iPhones equipped with Apple’s U1 chip, and Siri can now distinguish between different people via their voice transcript.