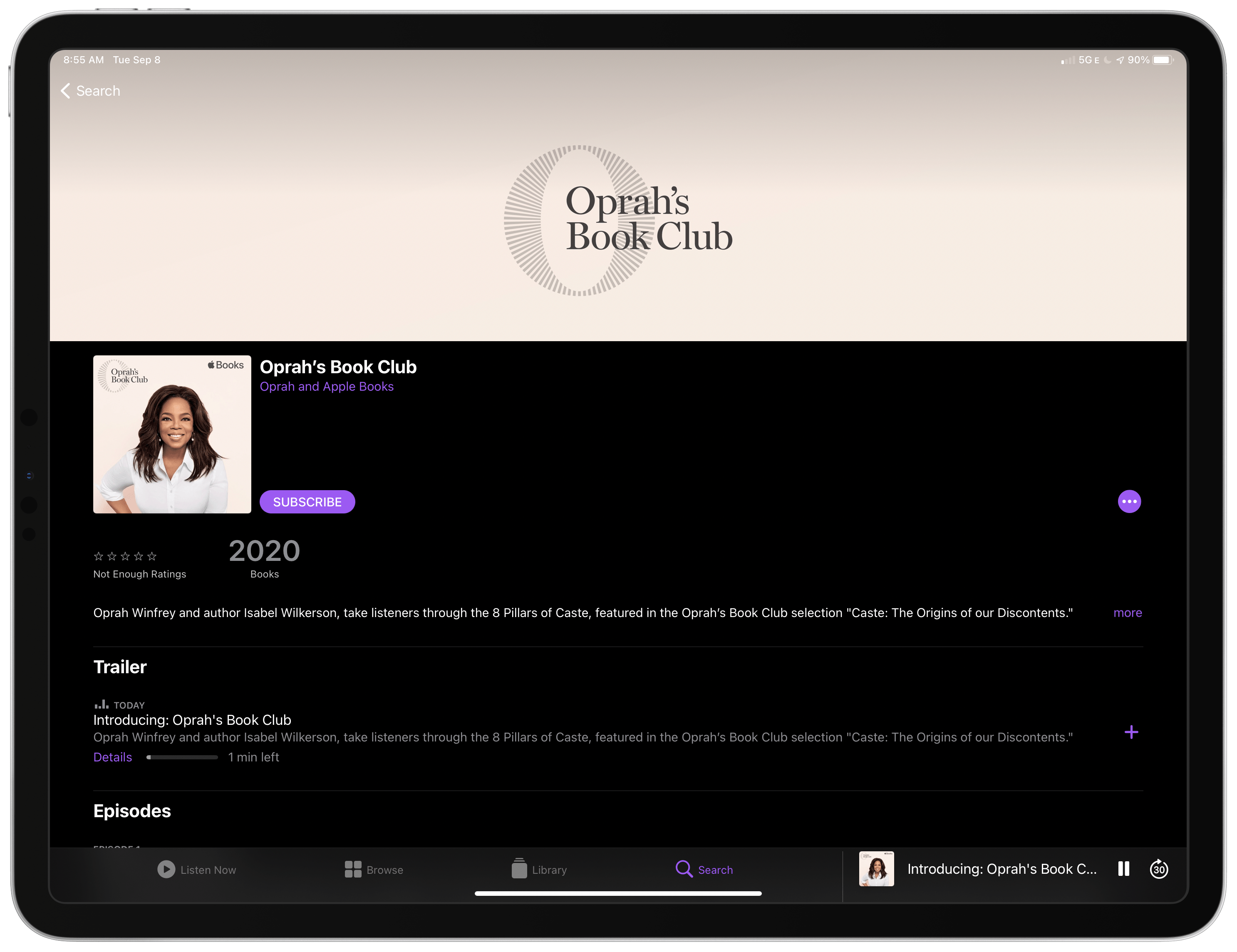 Last month, Oprah Winfrey declared Cast: The origin of our dissatisfaction by Isabel Wilkerson one of her most important book club selections ever and announced several related affiliations with Apple services, including Apple News, Books, Music and Podcasts. In the announcement, Winfrey commented that:

“This is perhaps the most important book I have ever chosen for my book club,” said Oprah Winfrey. “‘Throwing: The Origin of Our Dissatisfaction’ provides a new way of looking at racial inequality, giving rise to countless aha moments and helping us truly understand America as it is now and how we hope it will be.”

Today, Apple and Winfrey further expanded Caste’s coverage with an eight-episode podcast series hosted by Winfrey and Wilkerson that will “lead listeners through 8 Pillars of Caste.” A trailer and the first episode are available now. Episode 1 covers “what is called [Wilkerson] to write Caste, how society needs a new way of talking about racism and why Oprah says that Caste is one of the deepest books she has ever read. ”

Apple’s relationship with Winfrey dates back to June 2018 when she and the company announced a multi-year partnership to create original programming for Apple’s platforms. Oprah’s Book Club was launched in 2019 as a cross – project that integrates Apple Books and TV +. With Caste, Apple and Winfrey use the ability to leverage more services simultaneously than ever before, giving customers a variety of ways to learn more about the book and its important topic, something I expect to see more of in the future from Apple.

The Oprahs Book Club podcast is available as a free download in the Apple Podcasts app and other podcast players.

John, who is the managing editor of MacStories, has been writing about Apple and apps since joining the team in 2015. He also hosts MacStories’ podcasts, including AppStories, which explores the world of apps, MacStories Unwind, a weekly summary of all MacStories and more, and MacStories Unplugged, a behind-the-scenes show, all possible exclusively for Club MacStories members.

Where is iOS 14.1 and when will it be released?

How to set and use another return address in macOS Mail