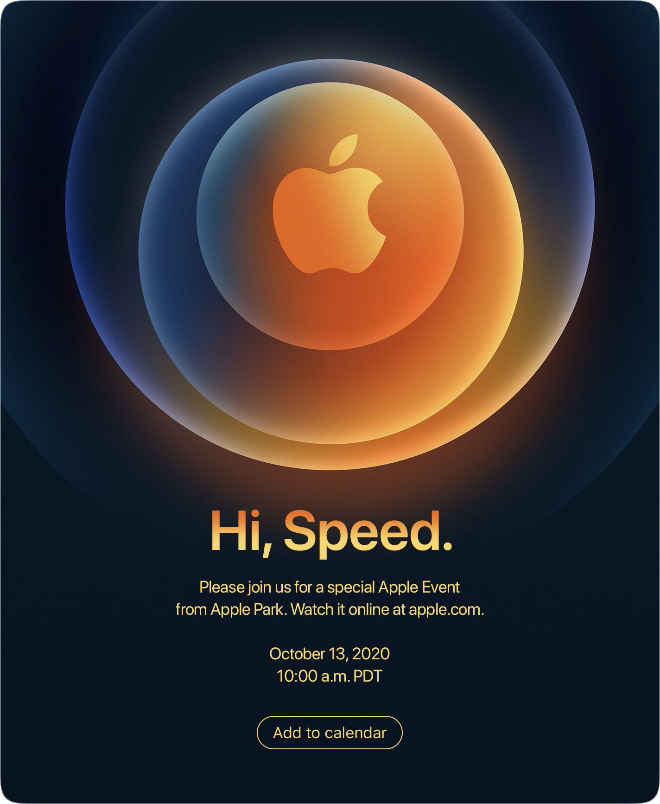 Apple is ready to officially launch the 5G wireless era next week with its selection of iPhone 12 and iPhone 12 Pro models, set for unveiling on October 13.

Apple gave the title of next week’s event “Hello, Speed”, a cheeky reference to the high-speed features of 5G iPhones. The company did not specify what it plans to announce, but analysts largely expect the handsets for the iPhone 12 series to debut.

“We believe the iPhone 12 represents the most important product cycle for (Apple) since the iPhone 6 in 2014,” Wedbush Securities analyst Daniel Ives said in a note to customers on Tuesday. The 14th generation iPhones “will be another crucial chapter in Apple’s growth history going forward despite a softer consumer environment.”

Ives repeated its outperform rating on Apple stock with a price target of $ 150.

Ives estimates that 350 million of the 950 million iPhones in use worldwide are in the window for an upgrade option.