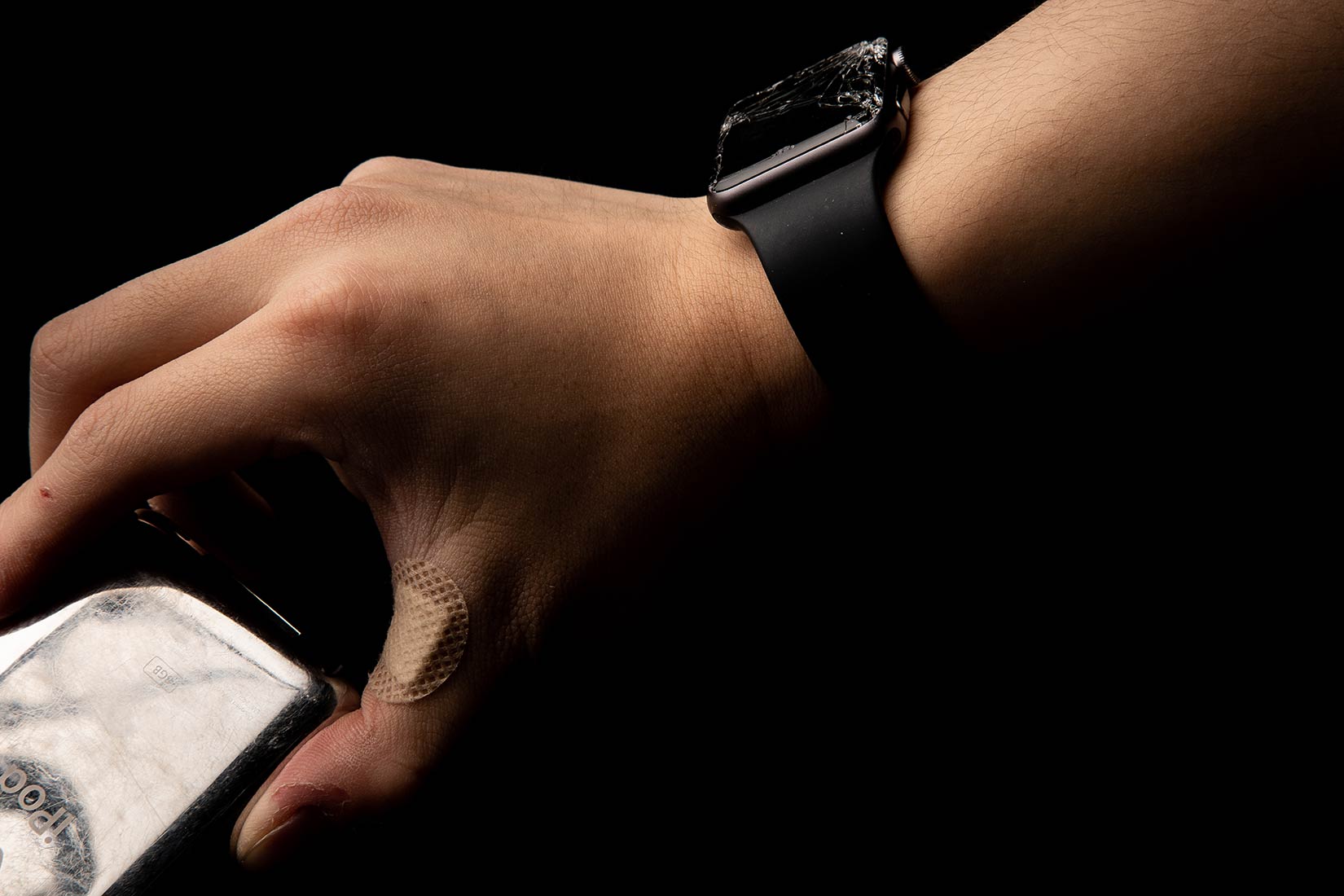 Born in China, Hu refined his English by looking at Apple Keynote events. He also came to understand the visual language of Apple's product photography.

The latter inspired Hu, a design student at The Cooper Union in New York City, to create a series of product photos showing broken and worn Apple gadgets in hands that share similar grooves and scratches.

A selection of the photos will appear on the Cooper Union Gallery until June 9th.

"Advertising campaigns from technology companies such as Apple always show the perfect state of all, but they never look like this in real life," Hu said Cult of Mac . "I created a series of photographs that document well-worn Apple products … to mark the human side of technology."

Some of the images include an Apple Watch with a web of cracks covering the surface of the touch screen. Another is a shiny iPod with dozens of tiny scratches that are revealed using soft studio light. There is also an iPhone with a scuffed yellow case and an iPad with a whirl of spots and greased fingerprints on the screen.

Hu acted as his own hand model. Also it was abandoned unpolished, his hand showed bitter nails, the cuticles shattered and occasional band aid.

"About hands there is another thing that is always perfect in advertising," Hu said. "My goal of shooting is to bring back the human factors in real life that are missing from advertising product photography, so I did not choose to hide the imperfection of the hands either."

Hu will join Google this summer as a UX design intern.