2.2, macOS Mojave 10.14.4, watchOS 5.2 and tvOS 12.2 beta versions on their devices dedicated to beta software development via OTA (Over-the-Air) ) updates or from the download page of the Apple Developer portal.

Apple also launched the second beta of its Classroom 2.0 app for Mac and MacOS Server 5.8 beta 3. As can be seen in the new beta, we can mention that the photos shared with the "Share Proposal" feature are now correctly loaded macOS and iOS, as well as a problem that prevents prepaid data plan purchases over mobile data on iOS.

The third public beta for iOS 12.2, macOS Mojave 10.14.4 and tvOS 12.2 will be available shortly for public beta testing through the Apple Beta Software Program. If you are already running previously published beta releases you can update to public beta 3 via OTA updates as well.

iOS 12.2, macOS Mojave 10.14.4, watchOS 5.2, and tvOS 12.2 software updates will be launched in the spring of 2019 as semi-major versions that add different new features such as the availability of Apple News for Canadian users, support for Siri in iOS simulators, as well as exclusive Hermès faces for Apple Watch users. 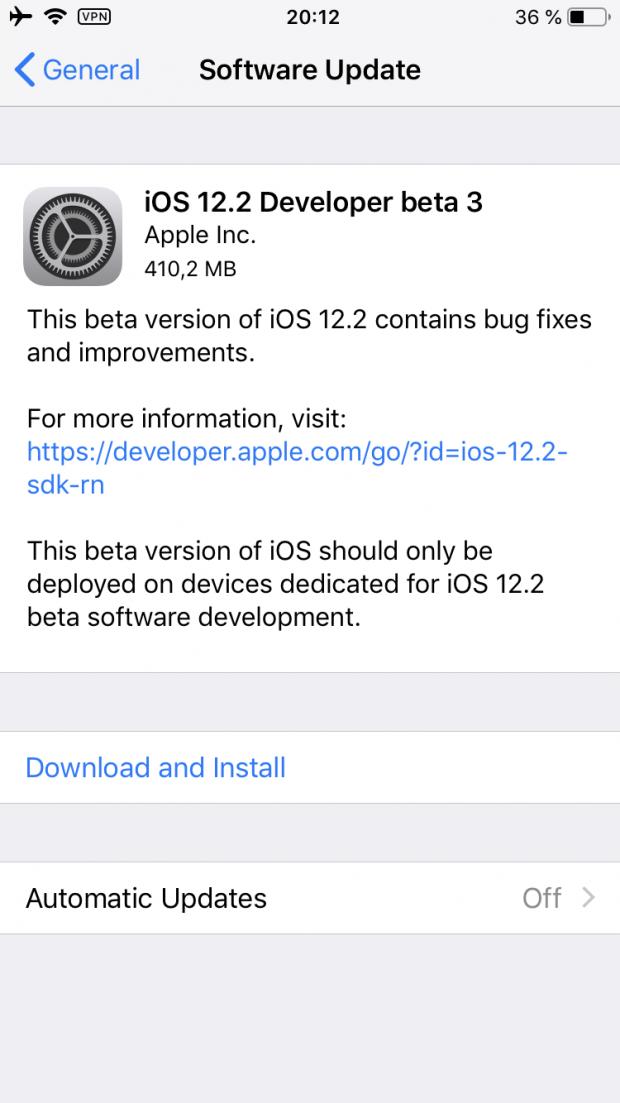