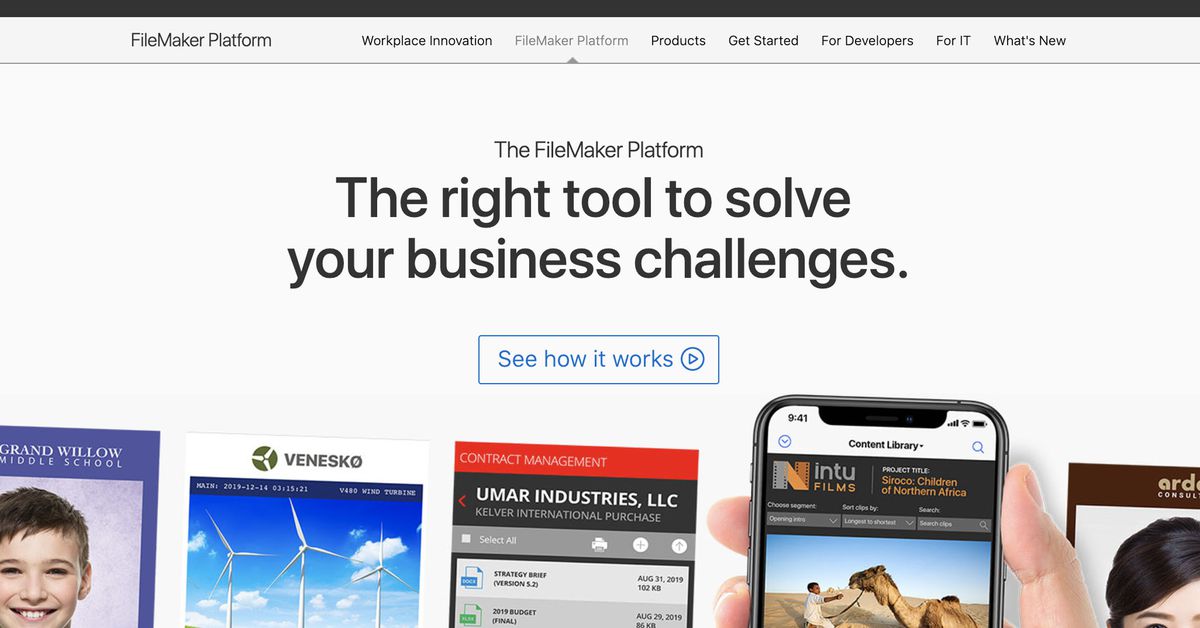 After two decades of operating under the name FileMaker, the Apple-owned software company has decided to return to its original name: Claris.

Apple first created Claris in 1986 when it was led by John Sculley. Claris was supposed to be an independent company focused on making software for Mac, but three years later Sculley switched courses and bought back a minority stake that had been sold. Claris originally worked on programs such as MacDraw, MacWrite and MacPaint, but FileMaker became the leading product in the 1990s, selling 3 million copies a year over Mac and Windows.

After two decades, FileMaker gets a new name, a new app, and a new CEO

998, Apple Claris retired and renamed FileMaker, laying off about 300 employees and bringing most of the software back into the house. At that time, Apple regularly saw steep quarterly losses and had laid off thousands of employees. However, given Claris' success, the change was unexpected. Wired called it "the latest in an ongoing and bizarre series of moves for Apple and its software subsidiary."

FileMaker has continued to develop its custom database software ever since, and it has been successful: the 300-man company has been profitable for two decades and says it has 50,000 business units with more than 1 million users on its products. The core product can be used to build apps running on macOS, Windows, iOS or in the cloud; Some coding experience is required, but it is intended to offer companies or departments the opportunity to create custom software that is better suited to off-the-shelf products.

Now the company wants to go beyond the only app. Today, it announces the acquisition of Stamplay, an Italian startup that created software to automate business processes, focusing on network tools that FileMaker has lacked. The acquisition was first reported in March (although Apple was seen as the buyer), and Italian media set the price at around € 5 million (about $ 5.55 million). Stamplay is redirected to Claris Connect, and Stamplay's CEO remains responsible for the app.

After 20 years under a manager, FileMaker got a new CEO in March. The new CEO, Brad Freitag, tells The Verge that as people become "increasingly comfortable" with technology in the workplace, there is a growing opportunity to offer software that helps the "digital transformation." That means there are more products coming from Claris, instead of another two decades focusing on the same app. "Our vision is to increase the number of services we offer the market," Freitag said.

When it comes to renaming, Freitag says the company hired a branding agency and looked at around a thousand possible names. Ultimately, the team enjoyed exactly what it already had. "We are proud of our heritage," Freitag said. "We want it."