The U.S. Patent and Trademark Office officially released a series of 63 recently granted patents to Apple Inc. today. In this special report, we cover Apple’s patent-pending devices, systems, and methods for predictive quantization of user interaction with a virtual musical instrument in computer-generated reality environments (CGR). Think of it as the GarageBand entering the virtual age. This will be a dream come true for air guitarists.

According to some implementations, the method is performed by a device with one or more processors, non-temporary memory and one or more hardware components for user interaction configured to enable a user to play a virtual instrument in a CGR environment.

7;s patent FIG. 1 below is a block diagram of an example of operating environment. 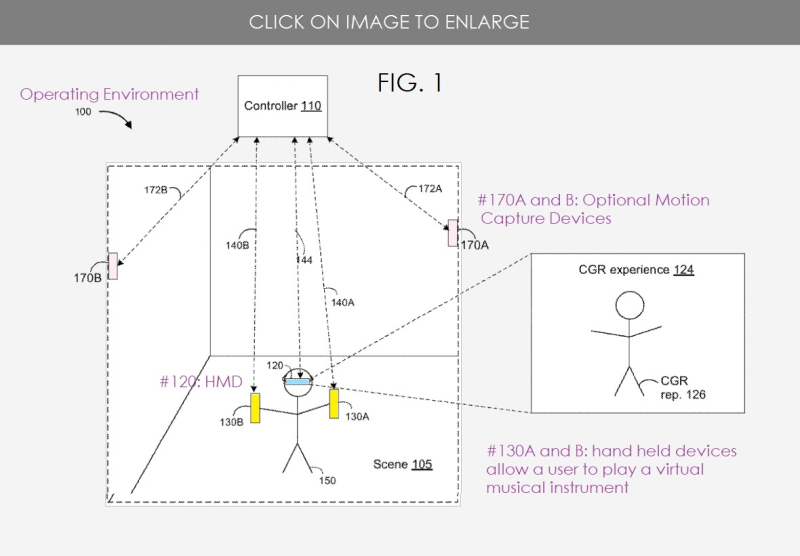 For example, the user movement information includes data characterizing the impact force, the angle of impact and the position of impact of the user movement in relation to the virtual instrument (eg drum head, keyboard key, guitar string or the like) from the IMUs. , gyroscopes, accelerometers, torque gauges, force gauges and / or other sensors for the handheld devices 130A and 130B in fig. 1.

In this example, the device uses the motion and the predicted collision to determine the properties of the note to be played. As such, for example, if the user hits a virtual cymbal at high speed, the device plays a higher note based on the expected speed or impact force.

Apple’s patent FIG. 7 below is a flowchart representation of a method for presenting user play of a virtual musical instrument. 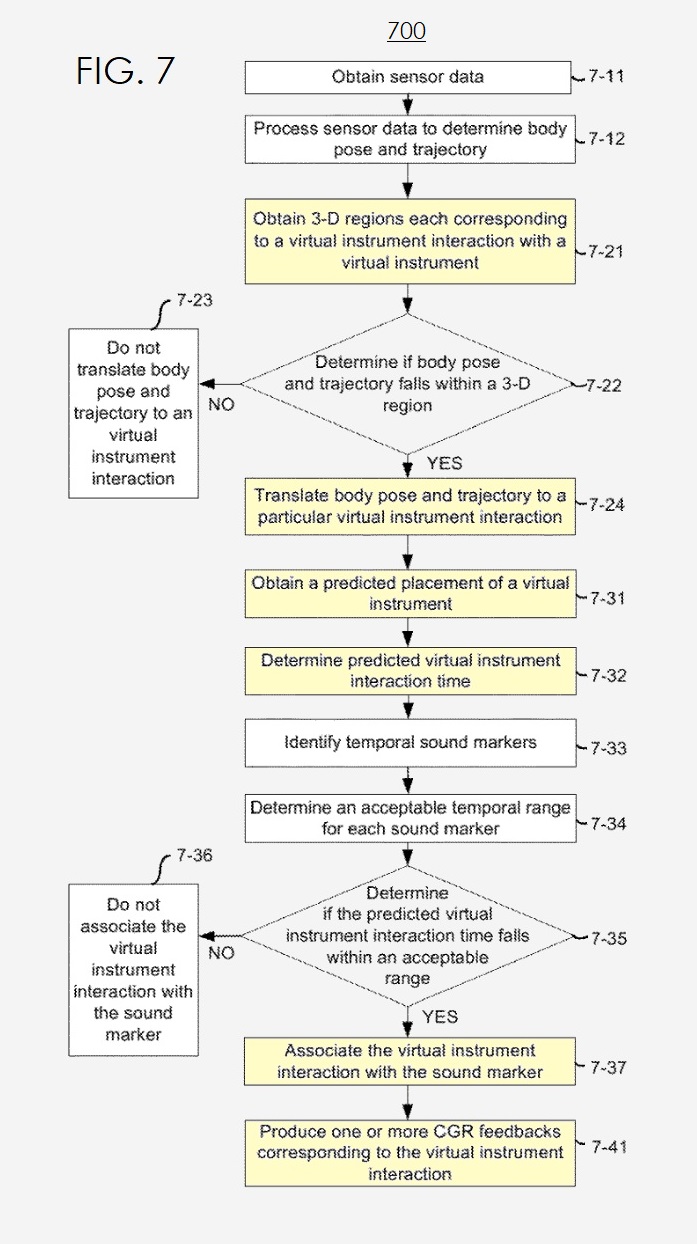 Apple’s granted patent 10,782,779 was originally filed in the third quarter of 2019 and is published today by the US Patent and Trademark Office. To dive deeper into the details of the patent, go through the patent here.