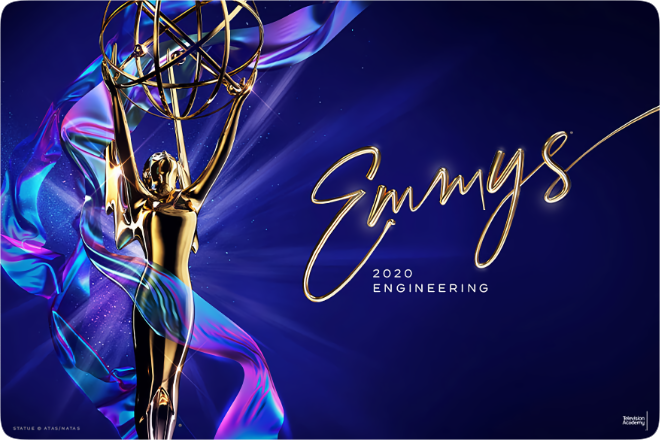 Television Academy today announced the recipients of the 72nd Engineering Emmy Awards honoring an individual, company or organization for development in broadcasting technology. Kirsten Vangsness, who last starred in the critically acclaimed CBS drama Criminal Minds, will return to host the awards for the fifth year in a row. For the first time, the ceremony will stream live on Emmys.com on Thursday, October 29 at 5:00 PM PDT.

Engineering Emmys is presented to a person, company or organization for development in engineering that is either so comprehensive an improvement of existing methods or so innovative that they significantly affect the production, recording, transmission or reception of television. This year, the academy recognizes nine companies and five individuals with the prestigious award, including Apple which has been awarded an Engineering Emmy Award for Exceptional Engineering Development for ProRes.

Apple ProRes was introduced in 2007 and has become a ubiquitous video codec in the movie and TV industry. It provides excellent preservation of source video quality, and thanks to innovative algorithm design, fast coding and ultra fast decoding. These two features – combined with Apple’s industry licensing and certification support – make ProRes one of the most widely used codecs for end-to-end content creation workflows: from high-quality acquisition to high-performance editing, color correction, broadcast and playback, and FX creation to master content and archiving .