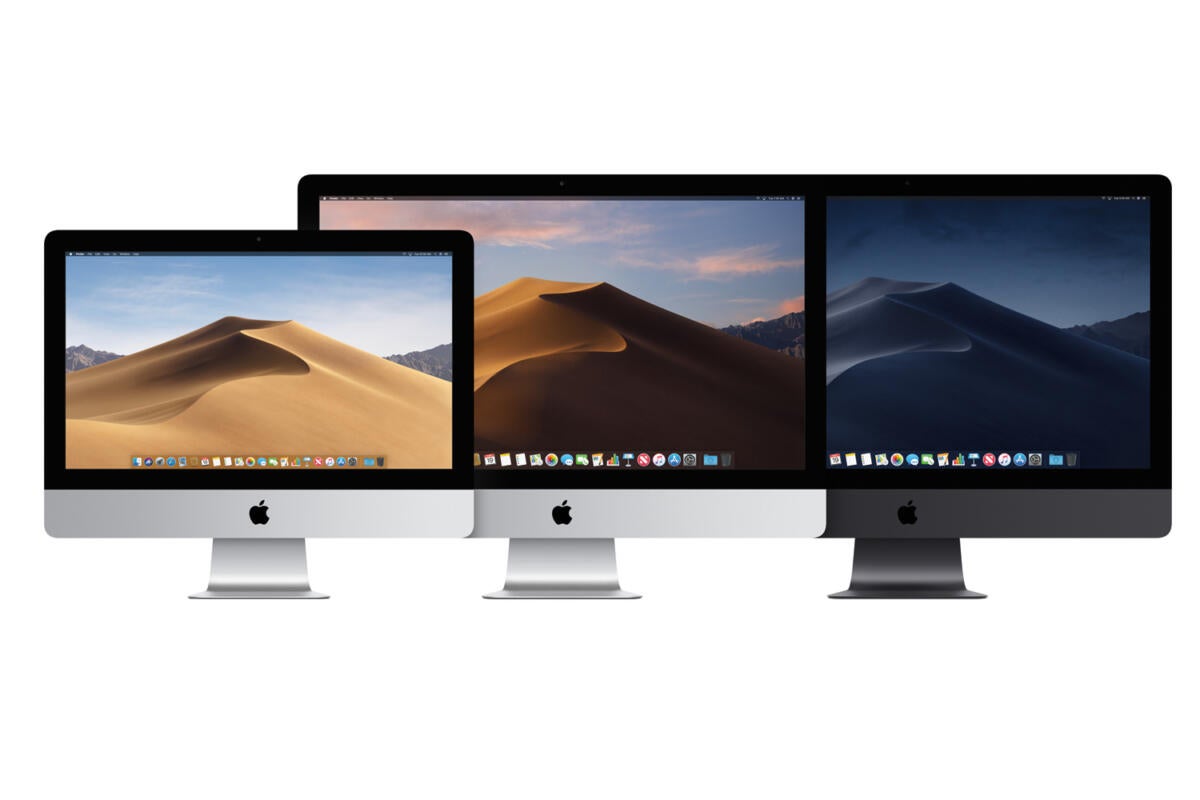 We're just a few days out of Apple's 2019 Worldwide Developer Conference (WWDC) now, and that means we're going to end an Apple world dominated by talk about IOS 12 and MacOS Mojave, and enter a focused on the next version of both. Last week I explained my dreams for iOS 13. Now it's Mac's turn.

I will bet that Apple this year's WWDC will spend more time focusing on macOS than at any time this decade. But for those who see the WWDC as a blow between Mac and IOS for Apple's attention, it will feel a bit bittersweet. The renewed focus on the Mac site will largely be about Apple, giving the iOS app developers the ability to quickly bring their apps to the Mac. This system, which Apple did not mention when giving a "sneak peek" to the plans last year, is generally referred to in the press as "Maripan" after a code name reported by Mark Gurman from Bloomberg early last year. [1

9659007] Whether Apple ends up calling it (if it even gives it a formal name, instead of just calling it "UIKit on macOS"), it will be the center of attention at WWDC. Here are the core terms.

Beyond the details of the Maripan itself, this is a possibility that Apple can find more device between iOS and macOS. I'm not saying that the two platforms have to look the same way and behave in the same way – although a little more synergy between the iPad and Mac will be appreciated – but there are still a number of small areas that differ in ways that seem unnecessary.

Last year, Apple added screen time to iOS, and while I hope it's improved this year, it was a great start. Parental controls on MacOS, on the other hand, are quite rudimentary and completely disconnected from Screen Time. As parents with children who have both iOS and macOS devices, I'd prefer to manage them all.

Messages is an app that has been behind its iOS counterpart for many years, probably because of its much older code base, remember I chat? If the marzipan is the method Apple chooses to let me send messages with iMessage effects or Memoji stickers, take it on. I'm tired of having to mentally chart what behavior I'm allowed on Mac and what I'm allowed on IOS.

There are still a few places where MacOS and IOS terminology still differ. The System Preferences app, for example, should only rename settings. I'm sure there are many other terminological examples. The app platforms come together – let's take this as an opportunity to reach the rest of these things.

Last year, Apple presented a redesign of the Mac App Store and spied the return of some key developers to the store. Behind the scenes, the company has added a bunch of new technologies that allow App Store apps to request more power than they were previously allowed to use. I want to see Apple make more progress in this direction, so the Mac App Store becomes a place that makes sense to the developers of all Mac software, rather than a home for a few tools and a flood of apps transferred from iOS.

Beyond this I will see more evidence that Apple will provide more security for apps that are outside the App Store. Last year, it introduced the concept of notary apps, allowing Apple to verify non-App Store apps and kill them if discovered to be malicious software. While the idea that Apple forces Free People beyond the magic ice wall of the App Store to bend their knees, many people worry, I prefer to see this as Apple is making an effort to make the Mac safer while does not insist on that each Mac app comes from the Mac App Store. No one wants to see the future of the Mac to be a completely closed, App Store-only platform. If Apple continues to invest in alternative technologies such as notation, the bad future is less likely.

It's always the features I hold in my heart and want them to exist when I know there is almost no chance that Apple thinks they are a priority. But I will cheer if they are announced next week.

We've had mobile compatible iOS devices for more than a decade, but Apple has never released a mobile portable Mac laptop. Part of the reason for this is the system's general ignorance of what kind of network connection it uses. Apple can make some changes to macOS to provide more clarity on which data is over Wi-Fi or Ethernet, and what happens over a cellular network, and let users decide which apps access mobile data. And nothing will speed up the adoption of these features than the release of MacBook hardware on your mobile.

I am also an advocate of user automation. I think computers are there to do the boring, repetitive tasks that people don't have to waste their time. Right now, macOS and iOS have completely different approaches to automation on MacOS. It's a combination of AppleScript, Automator and shell scripting. And on iOS, it's the shortcut app. I'm not going to marry that AppleScript or Automator will ever be dramatically revolutionized and spread to iOS, but I'd like to think Apple could bring shortcuts to Mac and use it as a way to unite user automation between old and new Mac apps . At this point, I don't care what the way forward is to provide modern user automation on macOS and iOS as long as it's one, and it's unified and Apple is committed to it in the future.