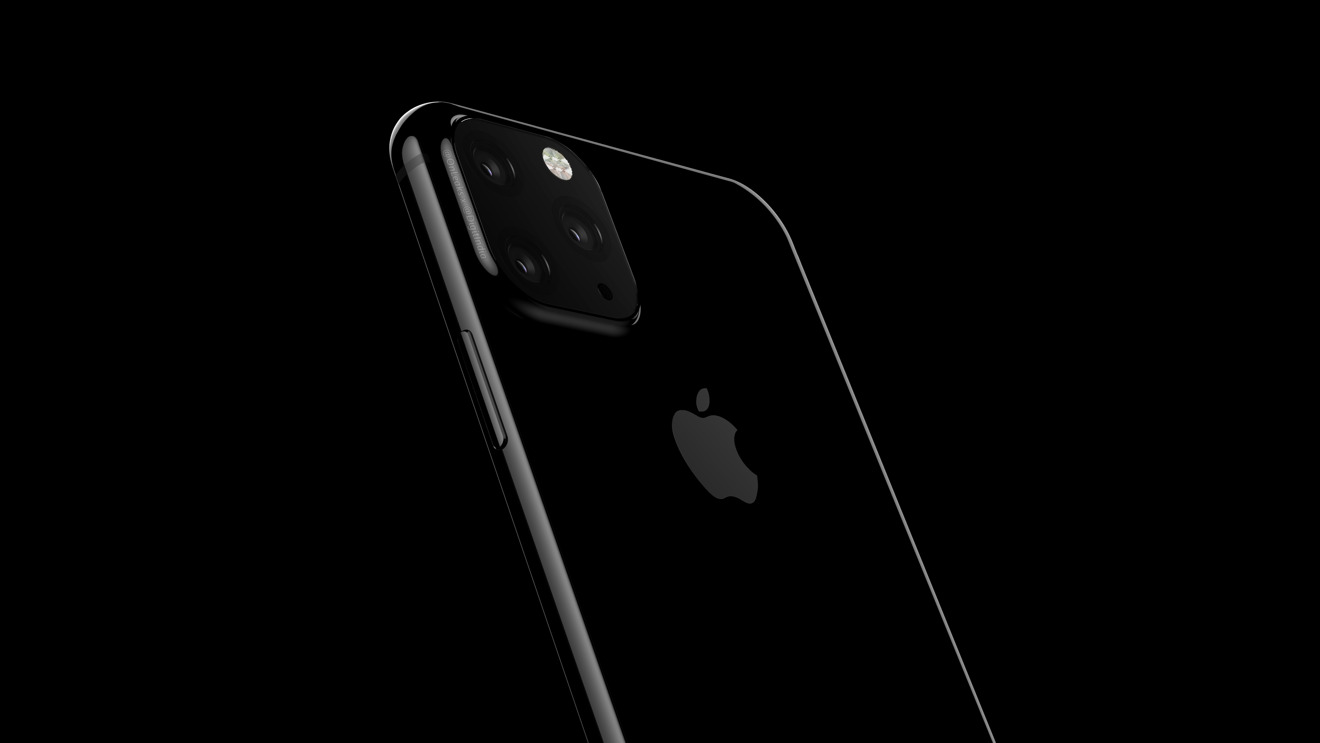 Apple's 2019 iPhone series will apparently not look much different than the company's current offering outside of any frosted glass. new technology such as "bilateral" wireless charging, ultra-wide bands for improved indoor positioning and a triple camera, according to TF International Securities analyst Ming-Chi Kuo.

A mockup of a possible wooden object design.

Kuo made the requirements of a research note for clients issued late Sunday, seen by AppleInsider . The analyst claims that all 2019 iPhone models will retain a Lightning connector instead of adopting the USB-C that the iPad Pro series has. iPhones are also expected to hold Apple's TrueDepth camera and its accompanying notch.

TrueDepth can see an update with a higher power supply illumination for better ID recognition, says Kuo, while a new 6.1-inch LCD model can be upgraded to incorporate 4 GB of RAM, up from the current 3 GB in the iPhone XR .

As rumor, Kuo believes that the top iPhone will net a three-lens camera system with wide, telephoto and ultra wide alternatives. Whether the shooter gets to the 5.8 and 6.5-inch OLED models is unknown. AppleInsider has previously reported on the rumored camera technology.

All or part of the lineup is turned on to get the UWB (ultra wide band) for indoor positioning and navigation, a frosted glass house and larger batteries. An interesting addition is so-called "bilateral" wireless charging, which allows the phone to charge other devices wirelessly and act as a charging station of different types.

Outside Kuo, there is a rumor that the iPhone will get a laser back-facing depth mapping. It can help not only in photography but in magnified reality, although the effective range can be just 15 meters.

Several rumors from as early as the summer of 2018 suggested that the iPhone switch to USB-C in 2019. USB-C on the iPhone in 2019 would change all Apple's interface devices to the technology so that a cable could be used across the entire array of data and charging, but would spark complaints about the accessory's incompatibility, as did when Apple switched from 30-pin connector to Lightning in 2012.

Apple will most likely announce 2019 iPhones by a September press release and send them shortly thereafter.