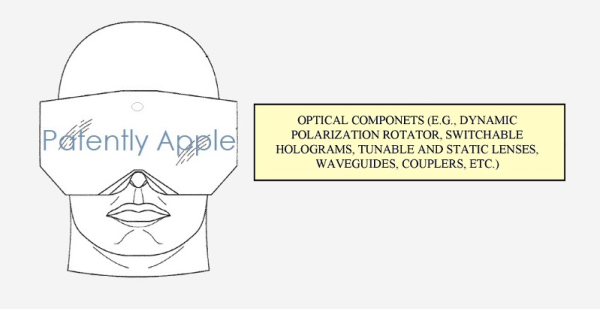 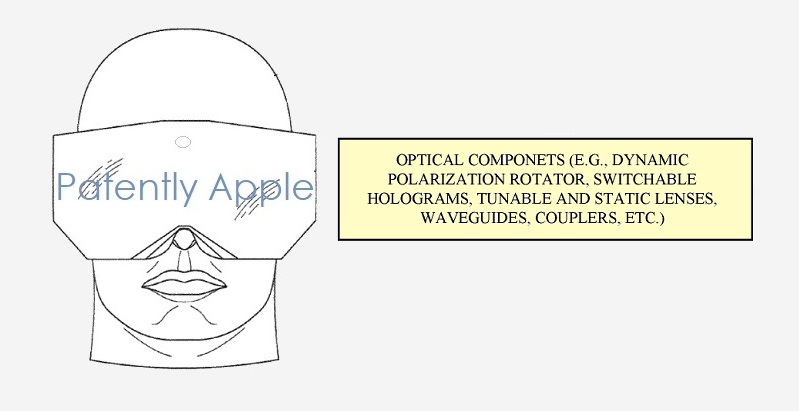 Today, the U.S. Patent & Trademark Office released a patent application from Apple related to a future head-mounted monitor, such as a pair of augmented reality glasses worn on a user’s head, can be used to provide a user with computer-generated content that is overlaid top of the real content. Apple’s patent focuses mainly on the display system which includes holographic links.

Apple says that real-world content can be viewed directly by a user through a transparent part of an optical system. The optical system can be used to direct images from one or more pixels in a display system to the eyes of a user.

The input and output connections for the optical system can form structures such as the Bragg grating, which connects light into the waveguides from the screens, and which switches off the waveguides in several image planes for the user to view. 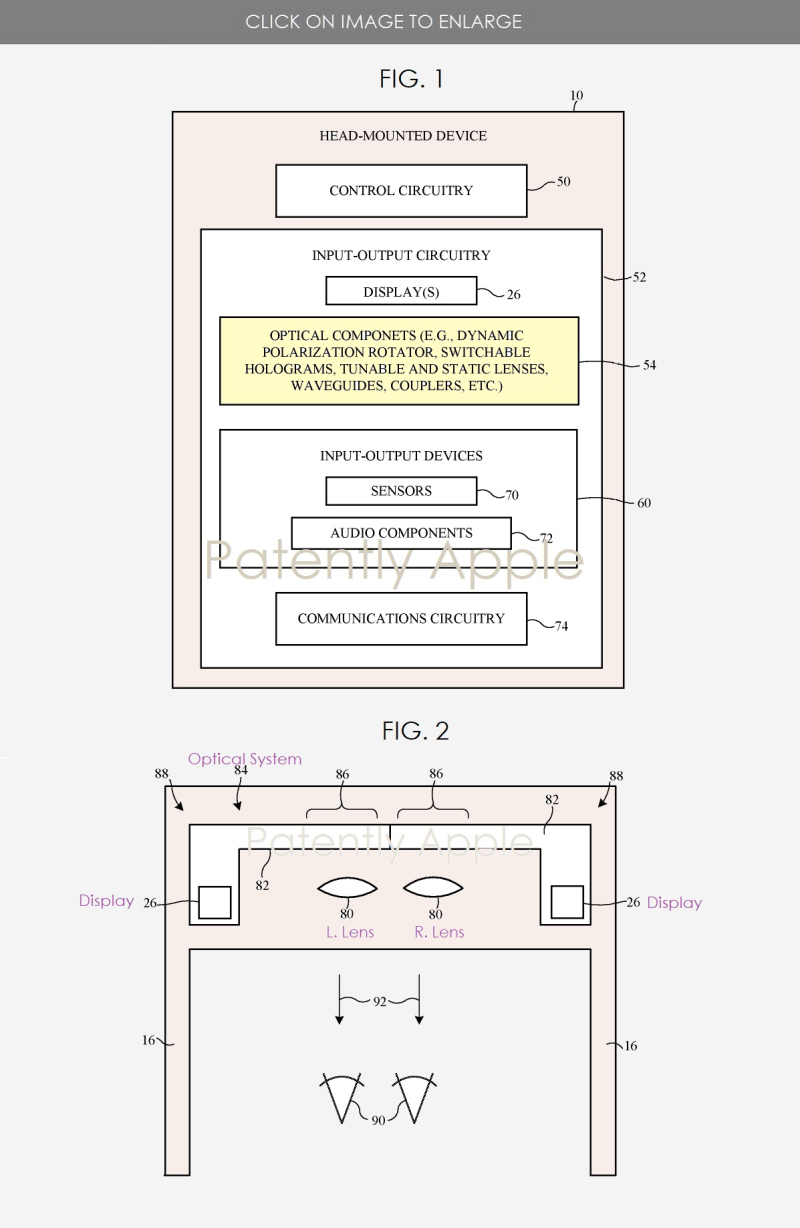 Apple’s patent FIG. 3 below is a diagram of an illustrative optical system and associated display system for a head mounted display 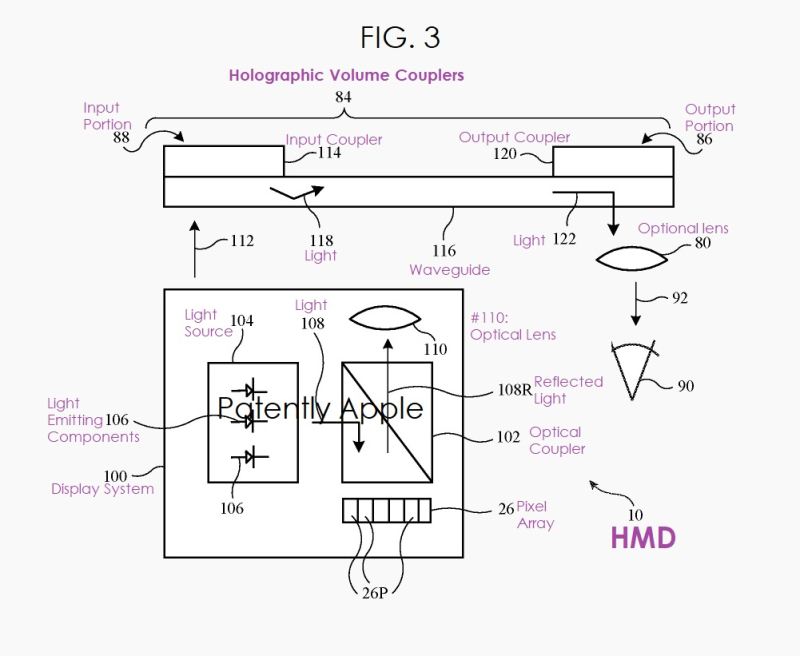 The remainder of the patent focuses on the various components outlined in FIG. 1, No. 54 which cover: Optical components (e.g., Dynamic Polarization Rotator, interchangeable holograms, tunable and static lenses, waveguides, connectors, and more).

Apple Patent Application No. 20200310121 published today by the US Patent Office was filed in August 2019. To delve deeper into the details of this invention, check out the patent here. Considering that this is a patent application, the timing of such a product for the market is unknown at this time.