Back to Square Two | Cocoanetics 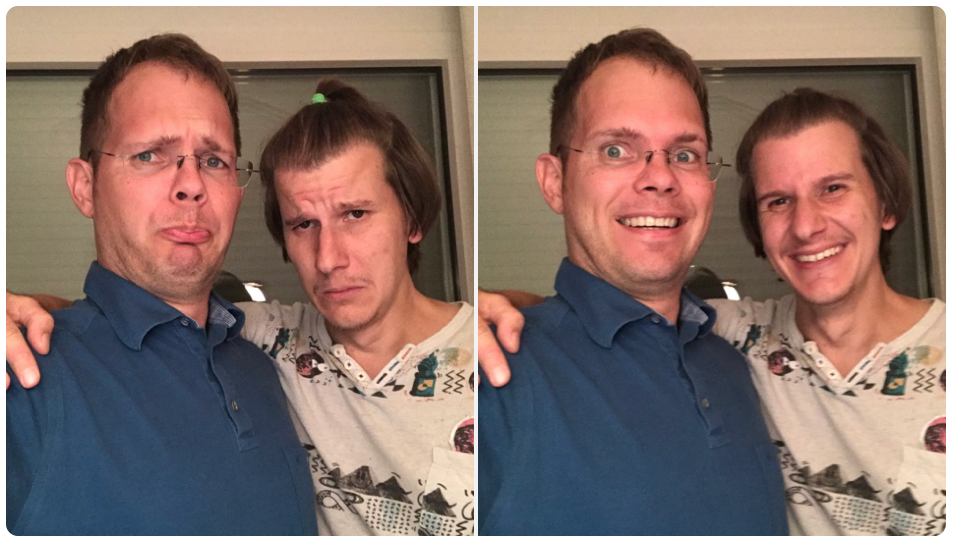 When I started blogging on Cocoanetics.com in early 2009, I had been dabbling with iOS development for little under a year. Det var den samme tiden da jeg var på full tid, da min tidligere arbejdsgiver besluttet å ha noen billigere å gjøre mitt jobb (Windows PC Helpdesk). In April 2012, Stefan Gugarel joined my company, as a Junior Developer. This initial blogging frenzy was the way most of my clients found me, both for components For exactly five and a half years his main responsibility was to keep my US-based client happy and did a great job at this.

When Stefan started with us, I was still living and working in Weistrach, about an hour away from his place of residence. We were sharing an office at my former brother-in-law, so we could huddle together over difficult issues. Efter min skilsmisse, jeg flyttet videre og længere væk, først tilbage til Wien (2 timer) derefter til Hainburg (3 timer). So we had to switch to pure remote working.

We took to Google Hangouts where we were with and screen-shared for challenging issues. Every day between 9 and 10 we did a longer session to keep in sync. Hver få måneder jeg ville bestille et lille konferencelokale i Wien hvor vi kunne møde i person. We used Slack for group messaging and communication about issues related to software we had in GitLab issues.

I have to pay Stefan a big compliment that I found him to be largely self-sufficient. I attribute this to him working full time for my client. Whatever you do most of your time, you get good at.

Having Stefan take care of the day-to-day "grunt work" allowed me to get you into the more advanced and esoteric techniques. It gave me the freedom to write Barcodes with iOS.

The other guy, coming from a web background, told me he wanted to become a great Swift developer. He had a great start and got into it really quickly.

Having to keep track of working and project times made it necessary for me to subscribe to the timr time tracking system. It's a web-based system made by fellow Austrian company troii. I was still doing the billing with Billings Pro, but also moved my personal project time tracking to timr.

Summer supposedly is a slow time in various industries, but I had never consciously experienced that.

Until 2016, when suddenly several of my clients told me that they needed to cut back on development costs. For a short while we pondered the possibility of piecing together Stefan's work from multiple projects, but after many years of focusing on a single client, this felt like an unsatisfactory compromise.

It was my blessing that Stefan went looking for a new employer. It so happened that Troii was both located nearby but was also looking for an iOS developer to work on timr.

Is not it curious how the ideal constellation for Stefan materialized himself so easily?

During all those turbulences, Stefan proved to be the most stable, trustworthy and loyal employee I've ever had. During his 5.5 years of service he became a world-class Senior Developer. Det gjør meg veldig glad, at vi var i stand til hurtigt og smertefrit at finde den næste skridt i hans karriere, og jeg ønsker ham alt det bedste fremad.

For me, this change means that I will have to adapt. Business looks to be better than ever before, but at the same time my time is more constrained by responsibilities that come with building a house.