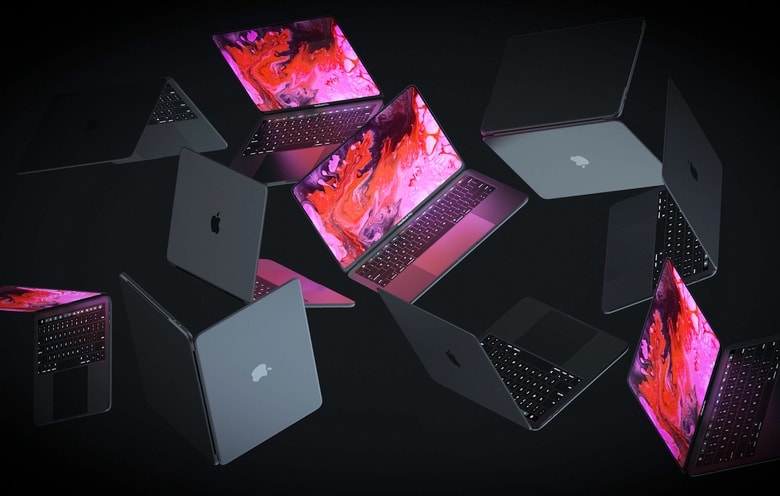 Take your MacBook Pro and touch some of the best features on your iPhone, and you'll get a small, large-screen laptop, face detection and a processor made by Apple.

Watch a video of this proposed uber-slim device:

This MacBook Pro concept was dreamed up by Viktor Kádár, an industrial design student from Budapest. He had help from Hungary-based iMagazine.

Kádár depicts an edge-to-edge display that would fit a 14-inch OLED display into the same size as the 13-inch model today. And there is still room for Face ID.

Another feature that Kádár suggests to make the jump from the iPhone is rounded edges. The MacBook Pro body would be quite slim.

A little surprising, the Hungarian designer does not suggest that Apple includes a touch screen. Instead, he'll just see a Taptic Engine added to the Touch Bar for tactile feedback when virtual buttons are pushed.

Inside would be an Apple processor, not an Intel. The chips used in the iPhone and iPad have reached the point where they are as powerful as any Intel, and there have been unconfirmed reports that Apple will start using its own silicone in 2020 Mac models.

Of course, the Kádár concept is just a dream. However, some of the features may well appear in all 2019 MacBook Pro.