Break up Facebook (and while we're at it, Google, Apple and Amazon) | Robert Reich | Opinion 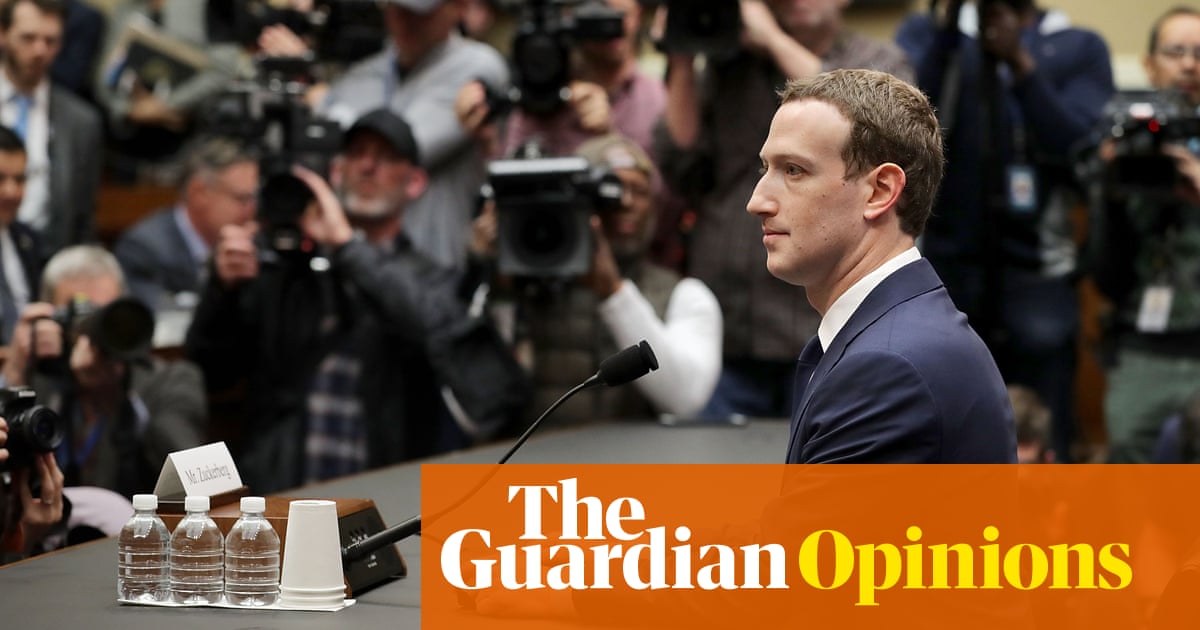 L this week, the New York Times revealed that Facebook executives retained evidence of Russian activity on the platform far beyond previously described. They have also employed a political opposition research firm to discredit critics.

There is a bigger story here.

America's gilt century in the late 1

800s began with a number of innovations – rail, steel production, oil extraction – but culminated in mammoth trusts owned by "robber barons" who used their wealth and power to run out competitors and corrupt US politics .

We are now in another Gilded Age – initiated by semiconductors, software and the internet – which has created a handful of giant high tech companies.

Facebook and Google dominate advertising. They are the first stops for many Americans seeking news. Apple dominates smartphones and laptops. Amazon is now the first stop for a third of all US consumers who want to buy something .

This consolidation at the heart of the US economy creates two major problems.

First, it hugs innovation. Contrary to the conventional perception of an American economy that bubbles with small businesses in ingenuity, the rate that new job seekers in the United States have been halved since 2004, according to the population census.

The other problem is political. These massive concentrations of economic power generate political abuses that are simply misused, as the New York Times survey of Facebook reveals. How long will it be before Facebook uses its own data and platform against critics? Or before potential critics are chattered even after the opportunity?

America reacted to Gilded Age's abuse of corporate power with antitrust laws that allowed the government to break up the largest concentrations.

It's time to use antitrust again. We should break up the high tech behemots, or at least demand that they make their proprietary technology and data publicly available and share their platforms with smaller competitors.

It would be a small expense for the economy, since these giant firms rely on innovation instead of economies of scale – and, as mentioned, they will probably hinder innovation in general.

But is this politically feasible? Unlike Teddy Roosevelt Republicans, Trump and his enablers in Congress have shown little appetite for enforcing antitrust.

Republicans rhapsodize about the "free market", but have no doubt about allowing big companies to rig it at the expense of average people. Nevertheless, as late Robert Pitofsky, former chairman of the Federal Trade Commission, once noted: "Antitrust is a deregulating philosophy. If you are going to let the free market work, you better protect the free market."

But Democrats have for Its part showed no major appetite for antitrust – especially when it comes to big technology. 19659003] In 2012, the staff of the FTC Agency for Competition sent a commissioner an analysis of 160 pages of Google's dominance in search and related advertising markets, and recommended that Google claim that "it has resulted – and will result – in real harm to consumers and for innovation. "

However, the commissioners, most of them democratic candidates, chose not to pursue the matter.

Democrats' last "better deal" platform, as they revealed a few months before mid-term elections, including a proposal to attack corporate monopoly in industries as comprehensive as airline, glasses and beer. But in particular, the proposal did not mention big tech.

Perhaps the Democrats are reluctant to attack the industry because it has directed so much political funding for Democrats. By mid 2018, the biggest recipient of big tech's greatest actblue, a progressive graduation gathering platform, collected nearly $ 1 billion, according to the Center for Responsive Politics.

As the New York Times investigation shows clearly, political power can not be separated from economic power. Both are prone to abuse.

The anti-trust act was seen as a means to prevent giant companies from undermining democracy. "If we do not want to endure a king as a political force," Ohios senator thundered John Sherman, sponsor of the nation's first antitrust law in 1890, "we should not endure a king over production, transportation and sales" of what the nation produced.

In the second Gilded Age as in the first giant companies in the center of the US economy, the market and our policy distort.

We must revive antitrust.