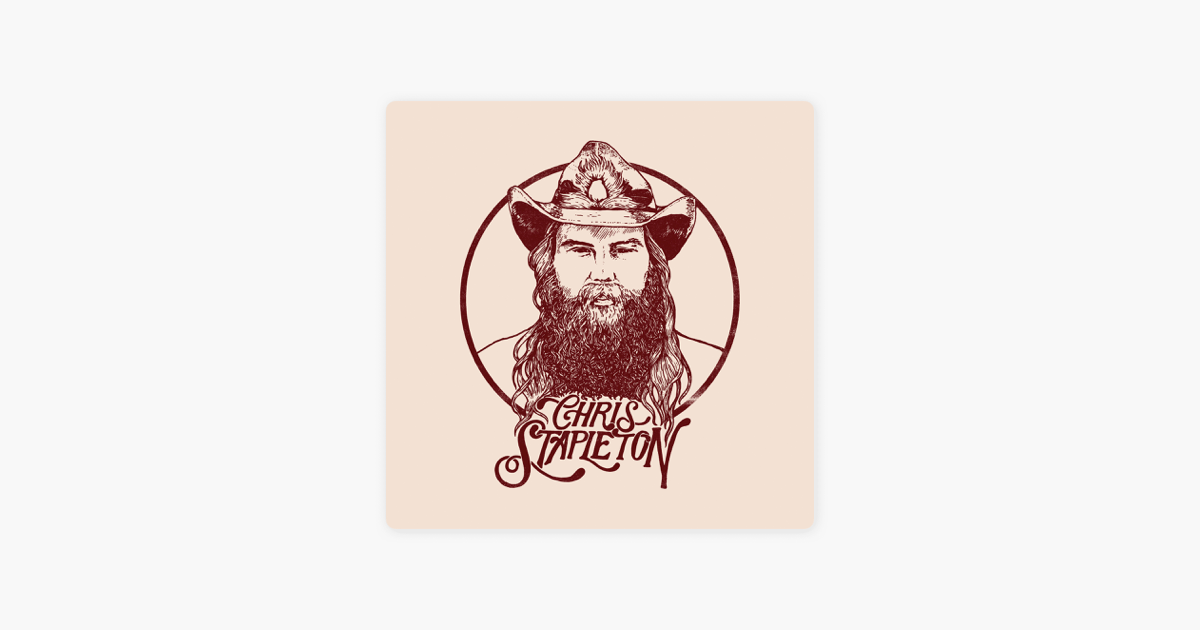 Chris Stapleton appeared to be one of the overnight storybook sensations: a troubadour that came out of nowhere to become a great star in the fall of 2015 on the basis of the debut album Traveler. Like most overnight feelings, Stapleton had a long, hard way behind him. He had worked behind Nashville's scenes for years, led the progressive bluegrass group SteelDrivers and worked as a professional songwriter, scoring hits with George Strait, "Kennedy Chesney (" Never Wanted Nothing More " "), Luke Bryan (" Drink a Beer "), and Darius Rucker (" Come Back Song "). These melodies are just scratching the surface of Stapleton's summary: Brad Paisley, Luke Bryan, Dierks Bentley and Tim McGraw all recorded the songs, and Adele, who cut "If It Was not for Love" as a Bonus Slot for 201

1 Smash 21. All of these The covers signaled a deep reservoir of goodwill in the songwriter industry, and this goodwill bubbled to the surface in the fall of 2015 when he took home three major awards at the Country Music Association Awards: Best Male Vocalist, This Year's Album, and the Year's New Artist. All of these prizes increased visibility, leading to four Grammy nominations, including this year's album, and his first big hit, "Nobody to Blame."

It was a success that came a long time. A native of Kentucky – he was born in Lexington and raised in the smaller Staffordsville – he moved to Nashville in 2001 in hopes of doing it in country music. He signed a publishing agreement with Sea Gayle Music and started working smoothly, writing songs and paying bills through various jobs and playing music all the time. In 2008 he formed SteelDrivers, a bluegrass group who received quite a lot of recognition over the next two years. In 2009, the group was named Emerging Artist of the Year by the International Bluegrass Music Association, and the following year they received three Grammy nominations, including Best Bluegrass Album, for Reckless. Despite this success, Stapleton left the group in April 2010 and formed Jompson Brothers with guitarist Greg McKee, bassist J.T. Cure, and drummer Brad McNamee. In 2013, the southern rock band was no longer, and Stapleton signed with Mercury Nashville, and released "What are you listening to?" in October that year. The single did not go anywhere, so the accompanying album was scrapped, and he recorded a new record with co-producer Dave Cobb. This is the album that became Traveler, his solo debut.

Traveler appeared in May 2015 for strong reviews, but it did not do much on land radio; In fact, it was overshadowed by the top-rated "Crash and Burn", a song Stapleton wrote with Jesse Frasure, which was turned into a hit by Thomas Rhett. Nevertheless, the warm reception of critics and peers meant that there were a lot of CMA nominations, and in a surprise to most observers, three prices came home: December: Best male songs, new artist of the year, and albums of Year. Suddenly, Stapleton was a warm property, received four Grammy nominations a few weeks after CMAs, and soon all that recognition was converted for sale, with Traveler reaching number one on the US country maps and receiving a Gold Certification from RIAA while "Nobody Blames "his first country radio hit. "Parachute" chartered even higher later in 2016, and Stapleton spent the rest of that year working on his second album with producer Dave Cobb. Busy at Nashvilles RCA Studio A, From a room was divided into two parts, with the first one arriving in May 2017 and the other following later that year. From a Room: Volume 1 solved with CMA for this year's album before the November issue of From A Room: Volume 2. ~ Stephen Thomas Erlewine