This sounds like an overlay problem (aka lag) that comes from using a compact (60%) keyboard.

An overlay is the programming of the key, depending on which function you want. The Mac keyboard layout has the top row of keys that most people call “Function Keys”. Actually, they are by default the media keys (it is an overlay).

Now, because you use a 60% compact keyboard, it must have both numbers and shifted values ​​(when you hold ⇧ Shift) called standard overlay. Finally, these keyboards assign special features to control things like Bluetooth profiles and light patterns. This is usually called the “alternative”

When you look at the Ducky One2 SF Manual, it seems that there are only three overlays or layers available – the standard, the Fn layer and the Fn-Alt layer. (See pages 22-24) 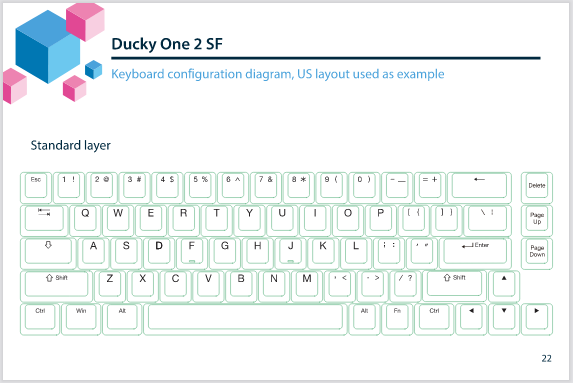 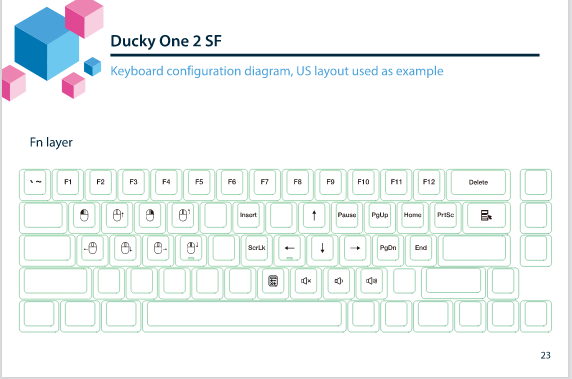 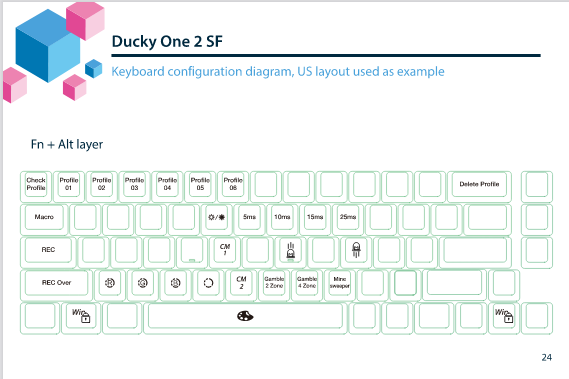 I also did a search in the manual and there is no reference to Mac compatibility at all. My suggestion is to get a 75% keyboard, also known as a Tenkeyless (abbreviated TKL) because it has the extra top row of media and Fn keys that Macs need.

Ducky looks like an excellent brand and it was in the top 3 in the rating. But for Mac, I went with the Keychron K8 with the optical blue hotswap switches. The extra row at the top is a lifesaver because it has the dedicated (Apple) media keys, and it even includes buttons to take a screenshot, a microphone “key” to activate Siri (or Cortana if you use Windows).

It’s just a little bigger than the compact 60% keyboard, but not so much that it takes away from it. I like the dedicated arrow keys, in addition to the 6 extra buttons: Of, Ins, Pg up, Pg Dn, Home, End. I did not think I needed them, but after a week I do not think I can go back to a keyboard without them. 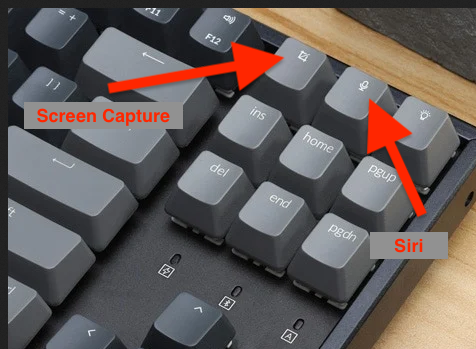 Note: I spent almost 2 weeks researching mechanical keyboards, what would work, what would not, testing different key switches, and I even ordered an old Apple A1048 keyboard from eBay (using a rubber dome – horrible experience !). This information is from very direct and very recent personal experience!