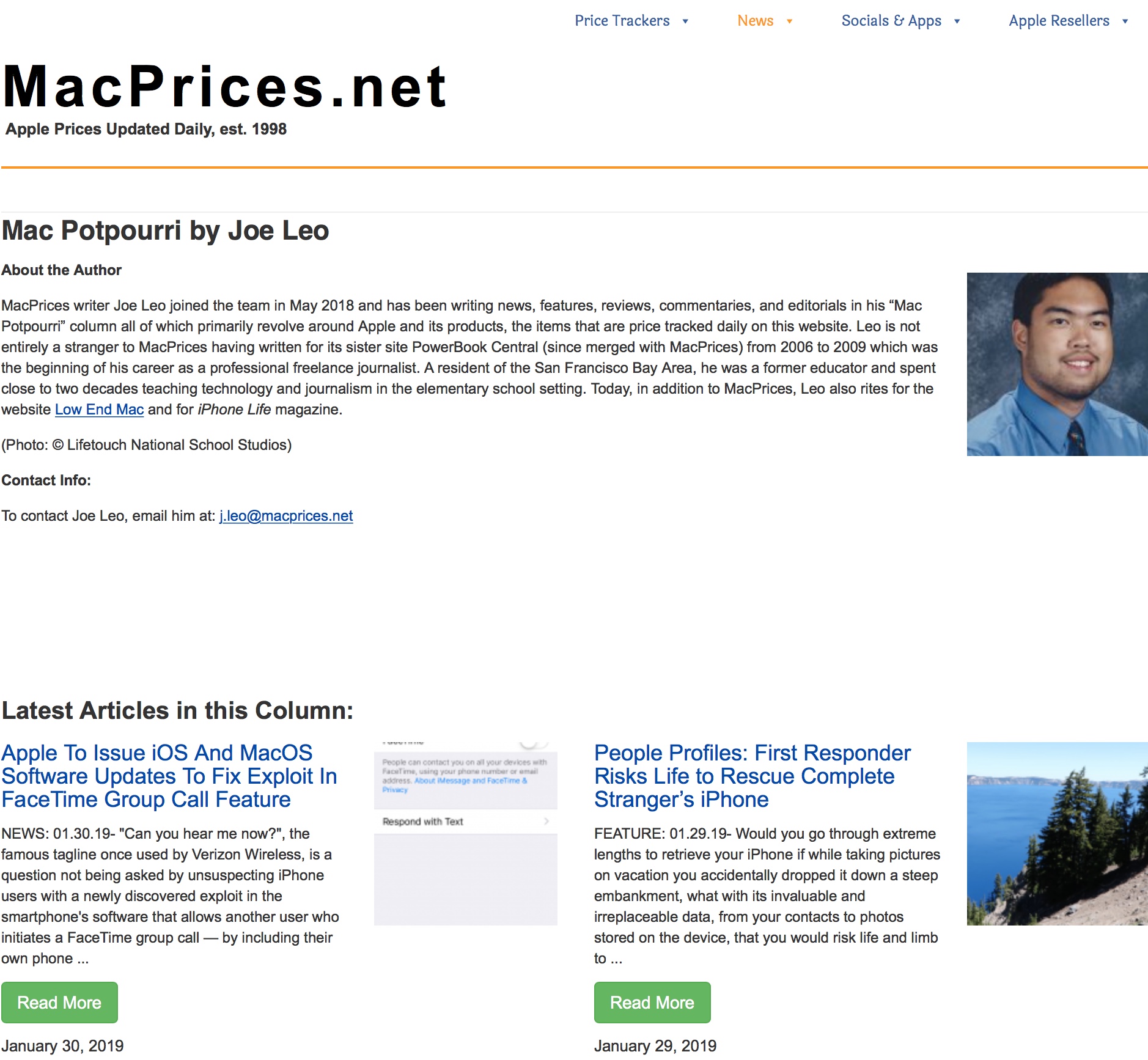 COMMENT: 05.14.19- Today it marks one year's anniversary of the "Mac Potpourri" column here at MacPrices.

Now it didn't start right out of the bat called "Mac Potpourri": which came a few months later.

Originally it was "The Press Box" which was the name of my column from the PowerBook Central's writing days (was deleted since 2015, the site was merged with MacPrices the same time last year).

Take a look at older articles from 2006-09 here on this archived content page.

As the story goes, Steve Hildreth, publisher of MacPrices, contacted me in April last year to see if I would be interested in a post that writes hard to make reviews with YouTube videos embedded in the article. He was thinking of me because of where I live and my proximity to accessing Apple products that I would review shortly after they came out (not necessarily buying them to provide reviews).

Where MacPrices are based, South Dakota, access to Apple products is not as easy as the San Francisco Bay Area, where Apple Stores has the hills landscape.

As much as I would love to do the work, unfortunately, because of my disability ̵

1; I have been visually impaired and completely blind since 2013 – I would not have been able to cope with the job requirements that I revealed to Steve.

But I told him I would be interested in providing content to the site, similar to what I had done earlier for the PowerBook Central, and Steve liked that idea.

The rest is history!

67 articles later (not including this one), some original, some inspired, and some even recycled (Retro Reading series), I never thought I would get my rhythm back without covering Apple since 2009 , almost a decade ago when I started writing this column.

In addition, I do not know what my readership numbers were in the days that were written "The PowerBook Central" press box but the numbers for the "Mac Potpourri" column here at MacPrices are quite amazing: in tens of thousands! (Not confused with Facebook likes).

Jus looks at these statistics from the last five stories written last year.

I would like to take this opportunity to thank my regular readers and especially Steve for having me on board.

I am looking forward to writing many more articles in this column and hope to stay here for a while as long as this site is running, and Apple continues to roll out products.