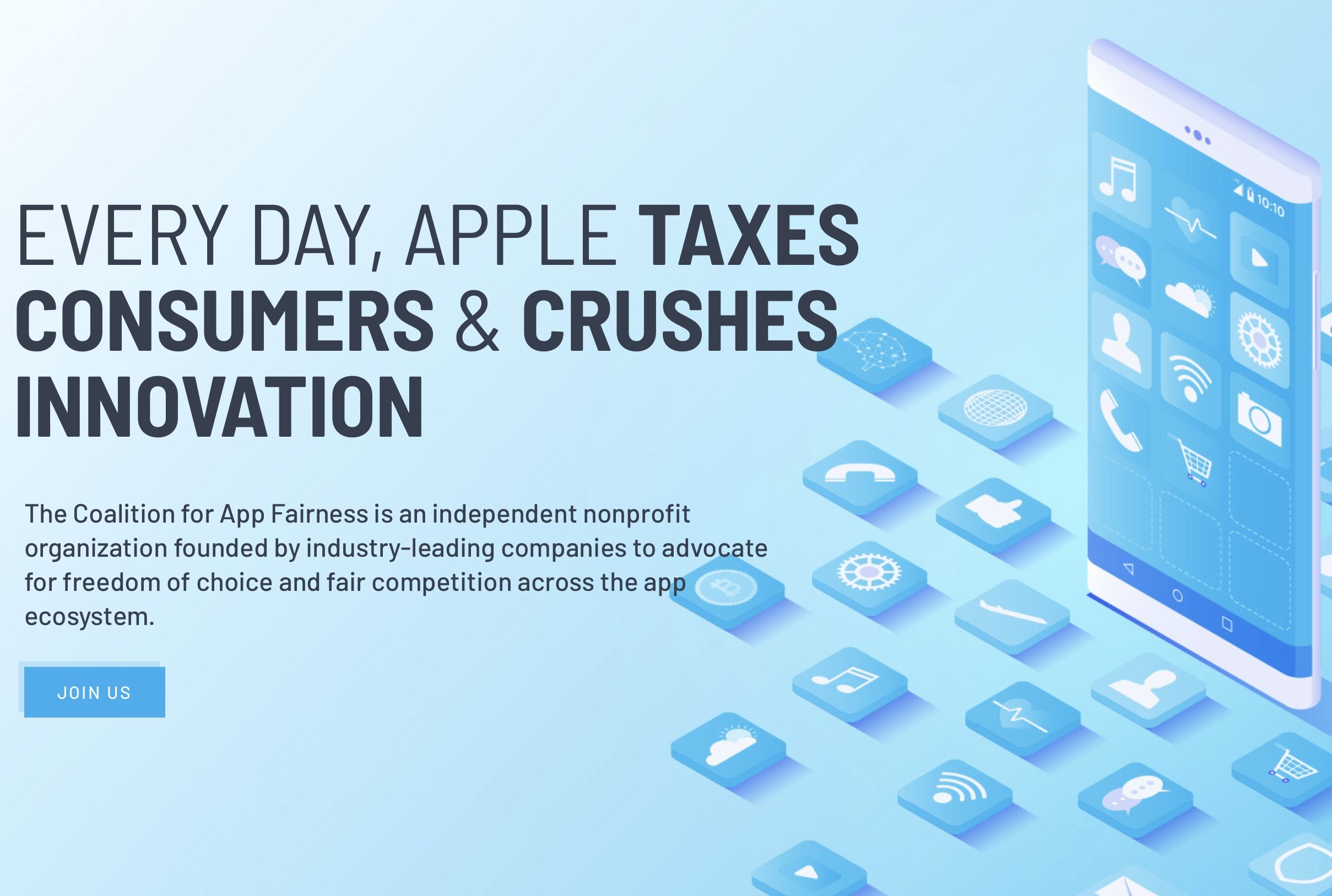 Spotify, Match and Fortnite developer Epic Games has joined a non-profit organization that advocates for regulatory and legal action against Apple for what it claims is unfair control of the App Store.

Their main objection is the way Apple charges up to 30 percent for in-app payments. Apple lays out a detailed set of rules that apps must follow to be allowed in the App Store.

The group, called the Coalition for App Fairness, seeks to get Apple to change its policy. Other members of the group include Basecamp, Blix, Blockchain.com, Deezer and Tile. They are actively trying to recruit more developers.

“While it’s great that we have the big names like Epic and Spotify in the group, we are not just talking for them,”

; said Sarah Maxwell, a representative of the group. Reuters.

The group has posted what they call the 10 App Store principles. These include the idea that “No developer should be required to pay unfair, unreasonable or discriminatory fees or revenue shares.”

A number of developers in the coalition have previously expressed their concerns about Apple. Spotify, Tile and others have all previously criticized the App Store rules. Congress even asked Apple about control of the App Store as part of its antitrust hearings this summer. Recently, the most sensational dispute has been the distance between Apple and Epic.

Apple has always defended its control over the App Store. The company says it treats all developers equally, and hits back at developers who claim to be trying to reap the benefits of the App Store without paying.

iPad Air (4th generation): the first reviews are in