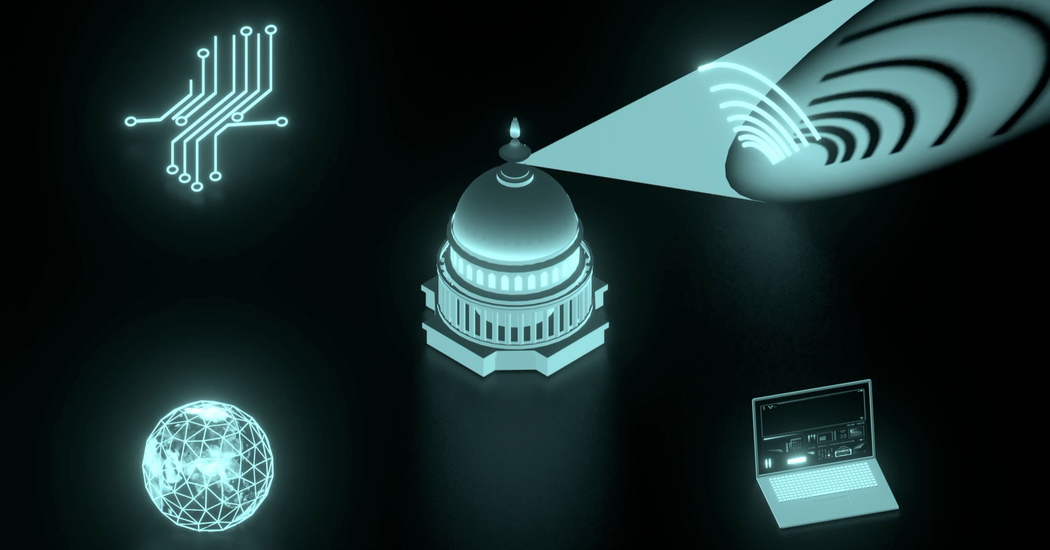 It’s amazing that congressmen largely agree that four of America’s most successful companies are bullies who abuse their power to stay on top.

It was my thought to read the conclusions of a 16-month congressional inquiry into Google, Facebook, Amazon and Apple breaking the law on squash competition. The rating was mainly yup.

The Democrats and Republicans in the House Justice Committee have major points of disagreement, and only Democrats signed this report. But while the two parties are divided ̵

1; possibly irreconcilable – on how to solve the problem, they seem to mostly agree that the four companies should not be allowed to continue as it is.

It is not uncommon to hate big companies; it concerned large banks and oil companies at the height of their power. But still. This feels like a moment that reflects real discomfort and ridicule for big technology companies, and I’m not sure it’s a way to go back to the shining, happier days.

On some of my reviews of the report. (You can read all 449 pages for yourself here.)

It’s so relentlessly negative. Where is the shade? The House report was unequivocal that Google and Facebook are monopolies, and so are elements from Amazon and Apple. (My colleagues have more details.)

One thing that struck me is that the House Democrats saw almost everything that the big technology companies do as evidence of illegal anti-competitive activity. It felt exaggerated. And there was little recognition of what the American economy and the people have gained from the success of these technology giants.

A small example: House members called on Google to prevent other companies that make digital maps from collecting data from people’s Android phones. In the report’s narrative, Google’s data let Google Maps map the planet, but no rival mapping companies had a shot.

That’s true, but also … Google’s action helped secure people’s digital privacy. Wouldn’t it be bad if all the scary apps had access to our position when we roamed the world?

The proposed solutions are BIG IDEAS: The Democrats who signed this report propose nothing less than a rewriting of laws governing companies, and a new notion of how many well-known companies operate.

The proposed solution with five alarms from the Democrats is to force Big Tech to effectively break up – if not literally than at least by not letting one part of a company promote another, and giving it an edge over the competition. Do not allow Amazon to sell its own products in its marketplace, for example, and do not allow Google to require Samsung to install Google apps on Android phones.

There is more. The House report suggests rewriting laws so that people who believe a large technology company unfairly crushes their business – such as sellers who sell products on Amazon – can sue in court for forcing legal liability for anti-competitive practices. (Right now, the technical powers are forcing most complaints to arbitration, which does not impose penalties.)

Another: Change the legal standard so that companies like Facebook can not buy other companies without proving that it will increase competition and help consumers.

These and other proposed changes are huge. I do not know if all the ideas are good – or if they will happen. And I am concerned that there is no recognition of the disadvantages of these solutions. But I want to give legislators the credit for not being afraid to think big.

The competition guards need more teeth: House members said government agencies such as the Federal Trade Commission, which is responsible for enforcing antitrust laws, repeatedly failed. They often left unchallenged Big Tech’s pattern of becoming more powerful by acquiring competitors, and they did not strike down when these companies broke the law and their word. To this I say, YES.

House members recommended more funding to the FTC and other antitrust enforcement agencies, which demanded that they store better data on business consolidation and generally indicated that they stop being afraid to go after the biggest fish.

I welcome more muscular enforcement of existing laws. I wonder how many violations of these companies in recent years – including Facebook’s Cambridge Analytica scandal – could have been avoided if government guards kept Big Tech in check. (Also hey, the FTC might want to look at Facebook integrating its apps.)

House members did their homework. They are also FURIOUS: Let the House’s investigation forever end the idea that members of Congress are too vague to effectively monitor large technology companies. Even if you disagree with their conclusions, these people showed that they get how these companies work.

Also, they’re so crazy, you guys. Laced through the report is contempt for what House members saw as Big Tech’s attempts to evade or scorn legislators. An example: House members said they asked Amazon for a list of the company’s 10 biggest competitors. Amazon gave them 1,700 names, including Eero (a Wi-Fi equipment company Amazon owns), a discount distribution for surgical supplies, and a beef jerky company.

No one likes to be stung and stuffed by Congress, but the members were right that these four companies are arrogant, and that blinds them to justified criticism. With this report, the technology giants have reasons to feel that the house is too much. I hope this time they do not miss that there is also a legitimate pushback.

Republicans were divided: In a separate draft report from Republican members, they agreed that stronger monopoly enforcement was needed for Big Tech, but said some of the Democrats’ proposed legal changes – including the elimination of arbitration clauses – were too drastic. They also criticized their colleagues for not tackling perceived conservative bias from large technology companies. Others have refused to support any of the Democrat’s findings, my colleagues reported.

I am still struck by how much agreement there was about the problem. This suggests that if Congress actually does something – not a given – business as usual it will be impossible for Big Tech.

LOOK AT THE FLOOFY AND AMAZING NEWBORN FLAMINGO.