Dear Walmart C.E.O .: You have the power to curb gun violence. Does. 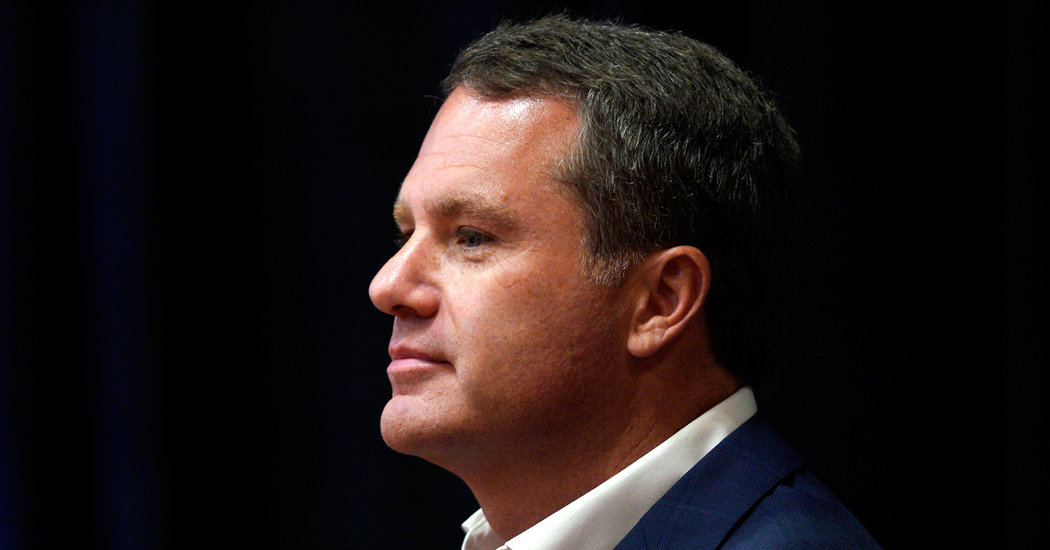 The following is an open letter to Doug McMillon, CEO of Walmart.

The massacre at your El Paso store this weekend was a tragedy.

The shooting deaths, days earlier, of two Walmart employees in a Walmart store in Mississippi. There was also mass shooting early Sunday in Dayton, Ohio – and the diversity of others in recent years.

It is clear that this country is suffering from an epidemic that law enforcement and politicians are unable or unwilling to control.

In the depths of this crisis there is one possibility: for you to help end this violence.

You have, uniquely, a greater chance of using your role as the top boss of the nation's largest dealer and gun seller – with greater sway over the entire ecosystem that controls the sale of weapons in the United States than any other person in corporate America.

What happened over the weekend was not your fault – but it is your moral responsibility to see that it stops. [19659003] The legally purchased weapons used in the mass shooting did not come from Walmart. But weapons in America travel through a production and supply chain that relies on banks like Wells Fargo, software companies like Microsoft, and delivery and logistics giants like Federal Express and UPS. All of these companies, for their part, consider Walmart as an important client.

Economists have a term for the type of influence you have: financial influence.

Walmart has been using this influence for years over its suppliers, partners, distributors, rivals – even cities and states.

Now you have the chance to use that draft to fix a system that is clearly broken, to solve a crisis whose costs are measured in life, not just in profit and loss. [19659013] Other chief executives are already stepping up. For example, Marc Benioff of Salesforce recently pushed his company to to stop working with retailers selling automatic and certain semi-automatic firearms, high capacity ammunition magazines and a wide range of accessories.

Ed Stack, CEO of Dick's Sports Articles, was an early driver to remove guns from his stores. He drew important attention to the matter. But unlike you, with your enormous scale, he did not have enough influence to create real, systemic change.

You have already stopped selling weapons and assault style and raised the age limit to 21 to buy a gun from your stores (although you still sell rifles and certain other types of weapons). I commend you for that.

Some critics have suggested that Walmart ceases to sell guns entirely, but you can use your influence over gun manufacturers for good.

You can threaten weapon manufacturers that you will stop selling any of their weapons unless they start incorporating fingerprint technology to unlock guns, for example. You can develop improved background checks and sales processes and gun manufacturers to sell only to retailers who follow these measures.

You have influence over the financial institutions that offer banking and finance services to gun manufacturers and gun dealers as well as those who lend money to gun buyers. You can use your booklet to influence banks and credit card systems to change the processes of tracking canon sales. They have none.

Jamie Dimon, CEO of JPMorgan Chase, wrote an email to his staff Monday asking him to "resume us to work for a more just, equitable and safe society." Call Mr. Dimon. Tell him you need his help to use the financial system's plumbing to create a world-class method to track canon sales with built-in hedging schemes. He has resisted – but you are one of his clients.

Then call Tim Cook, Apple's CEO, who says he's heartbroken to the violence. "It's time for good people with different views to stop pointing fingers and come together to address this violence for the good of our country," he wrote on Twitter on Sunday.

Mr. Cook should listen to you – after all, Walmart sells huge quantities of the company's products. Apple already prohibits the use of Apple Pay to purchase weapons and ammunition online, but it has not extended this policy to in-store purchases. Shouldn't it? And now Apple is preparing to launch a credit card with Goldman Sachs and Mastercard. They can establish a policy from the outset not to conduct transactions with retailers who sell guns or only those who follow a best practice protocol.

And what about calling C. Allen Parker, Wells Fargo's interim CEO? Wells Fargo is the bank of the National Rifle Association, the leading force against affordable gun laws.

Now that there has been murder in your stores, you have a business interest in telling Wells Fargo that as long as the bank is working with the NRA, you will not work with it. Wells Fargo boasts on its website a Walmart-sponsored scheme to provide financing to your providers. Maybe it's time to reconsider that partnership. Or you can go further and consider no longer accepting Wells Fargo-issued credit and debit cards in your stores. Give Mr. Parker the strong choice between working with N.R.A. and doing business with the country's largest retailer.

Over the past decade, Walmart has spent tens of millions on lobbying in Washington, much of it to push for lower corporate taxes, which have generated your profits. You have also lobbied to fight the opioid epidemic and to support veterans.

It would be easy for you and other top executives to claim that controlling the gun epidemic is Washington's responsibility, not yours. But in an era of epic political dysfunction, business leaders have a chance to fill that leadership vacuum.

The 22 people who died at your store this past weekend deserve more than comforting words for their families. They deserve a leader who will work to make sure it never happens again.