Delivery at MacStadium with Terraform 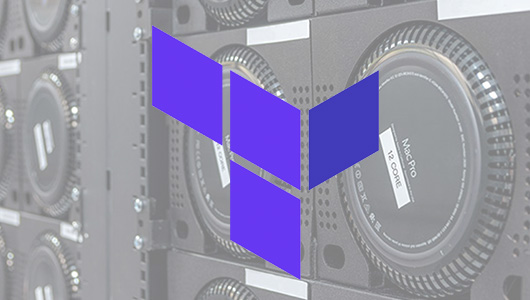 In a previous blog post, we highlighted the various virtualization options available at MacStadium – Orka, VSphere and Anka – and discussed delivery with Ansible. In this blog post we will cover Terraform and how it works with each virtualization platform.

MacStadium virtualization does not follow the "standard" method. Unlike other clouds (like AWS or GCP), MacStadium has no native virtualization layer. There are some very good commercial virtual solution solutions, and MacStadium uses these: Orchestration with Kubernetes on Apple (Orka), VMware (especially with vSphere) and Duck. It should be noted that at the time of this blog post, Orka is still in beta, but support for the open source community for Kubernetes is huge. Given the level of excitement and support, this new method will be a popular virtualization choice for MacStadium customers in the future.

HashiCorps Terraform offers a solution for VM supply and limited distribution of pipelines. Terraform's strength and fame come from the architecture. The variant of the virtualization provider can be changed with a pointer. While some other things need to be adjusted for true multi-environment deployment, this provides a record low number of items to change for distribution on any cloud supplier.

Orka / Kubernetes: HashiCorp has a supplier for Kubernetes (K8s), along with a nicely detailed guide. Given K8's speed, HashiCorp looks like a priority in keeping community tools and in-place search.

Most advanced vSphere users find the Terraform system to be very effective. HashiCorp also actively addresses feature requests. (For example: It was not possible to provide resources from a cluster-based resource pool 6 months ago.)

Duck: No vendor written, and currently no plans to write one. (Note that Packer, also by HashiCorp, works well with Duck. Often, Packer is used with Ansible for this functionality in Duck.)