Do you remember iPod? Apple just launched the first new one in four years 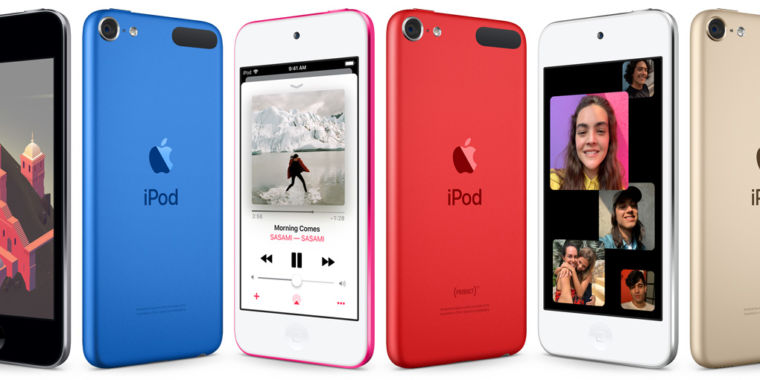 Apple has updated the iPod touch for the first time since July 2015. Today, the company updated its device with its A10 system-on-a-chip (which includes a CPU, GPU, and more), and gives a big boost in performance from A8 in the previous model.

The A10 has come to be Apple's entry level CPU. Originally introduced in the iPhone 7, it is currently being shipped in the entry-level iPad and now iPod touch. The CPU is just over half the A12 speed in the latest iPhones for multi-threaded tasks, although the gap is much smaller in single-core performance. The A10's built-in GPU delivers around 56 percent performance of the A12. Using the Imagination Technologies PowerVR chip was the latest Apple system-on-a-chip. (Apple now designs its own graphics silicon for iOS devices).

iPod launched a new era for Apple after Steve Jobs's return in 1998, but these days you will be forgiven for forgetting that the company itself is still selling the product. Gone is the traditional hard drive equipped iPod with iconic click wheel. In recent years, Apple has only offered iPod touch, which is like a smaller, lighter iPhone without the cellular network. It's a niche product, but it's still there.

That's the model you find in the store with the A10 today. Nothing else has changed. The design and chassis are the same, the color choices are the same, they weigh the same, and it gives the same battery life (up to 40 hours of music playback time, up to eight hours of video). It still has a 326ppi, 1136×640, 4-inch display with a contrast ratio of 800: 1 and a maximum brightness of 500 cd / m 2 . And it still offers an 8 megapixel rear camera with 1080p 30fps video along with a 1.2MP front camera that shoots up video at 720p.

If you were hoping for a radical redesign, you won't get it here. But the CPU bump keeps this product viable as an entry point, especially for children. The new iPod comes today.