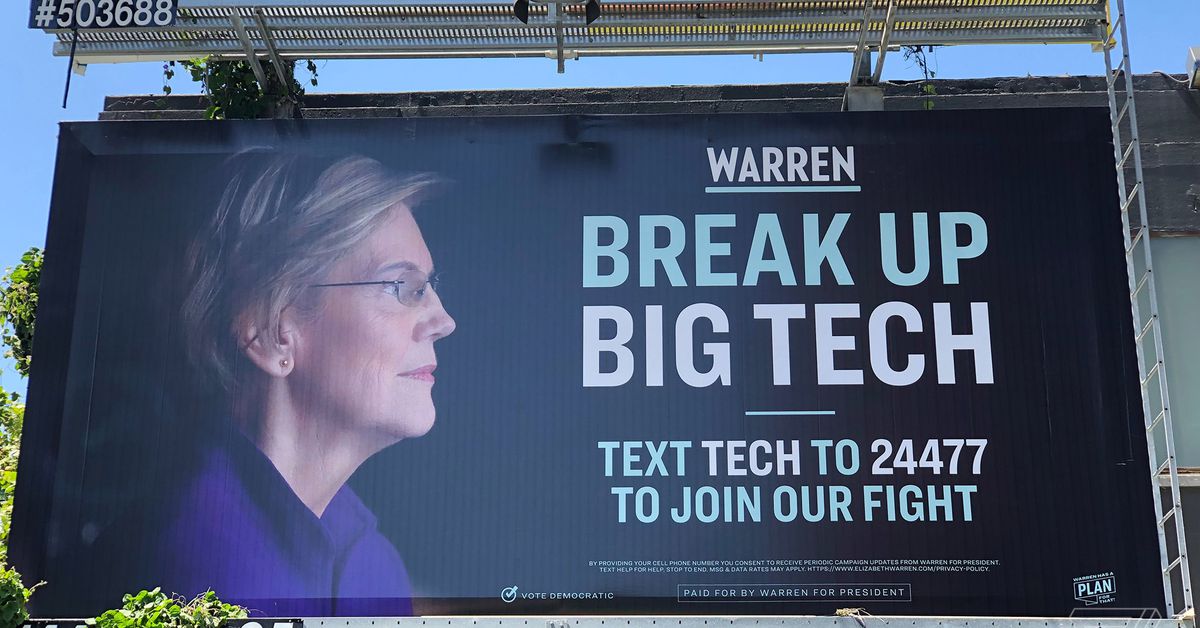 On Wednesday 2020, the presidential candidate put Sen. Elizabeth Warren (D-MA) up an advertising paper in the heart of Silicon Valley and pushed for big companies like Facebook, Amazon and Google to be broken.

Billboard is located at fourth and Townsend, just off the city's primary Caltrain stop, where a significant portion of South Bay technicians come every morning. It's not exactly the prime location – considering it's not facing the Caltrain station or along the most traffic jammed sidewalks for staff returning to South Bay – but the billboard is just a few blocks from the Lift and Dropbox headquarters. , including startup. In addition to the antitrust call, the billboard contains a passersby card number to subscribe to updates from the Warren campaign, a common fundraising strategy. The billboard is scheduled to run until next Wednesday.

Earlier this year, Warren announced a big proposal to break up giant technology companies, and launched a discussion that was previously held only in academic circles into the ordinary political discourse. In her proposal, Warren suggests that companies like Facebook have become too big and powerful, and should have previously acquired assets, such as WhatsApp and Instagram, spun back into their own companies.

Her proposal also includes a plan to implement legislation that would ban platform owners with over $ 25 billion in revenue to join their platforms as well. This policy will greatly affect companies like Amazon, who both run a sales platform and sell their own products on the site.

"Today's great technology companies have too much power," said Warren Aide. "They have bulldozed competition, used our private information for profit, and tilted to everyone else. And in the process, they've harmed small businesses and founded innovation. technology companies, and use so much power that they can undermine our democracy. "Facebook, Google, Amazon and Apple did not immediately respond to requests for comment.

Update, 16:00 ET: Added more context to the billboard's location, from a Guardian editor who used to ride the Caltrain every day.