Features Apple should consider for future iPhones, MacBooks, and iMacs 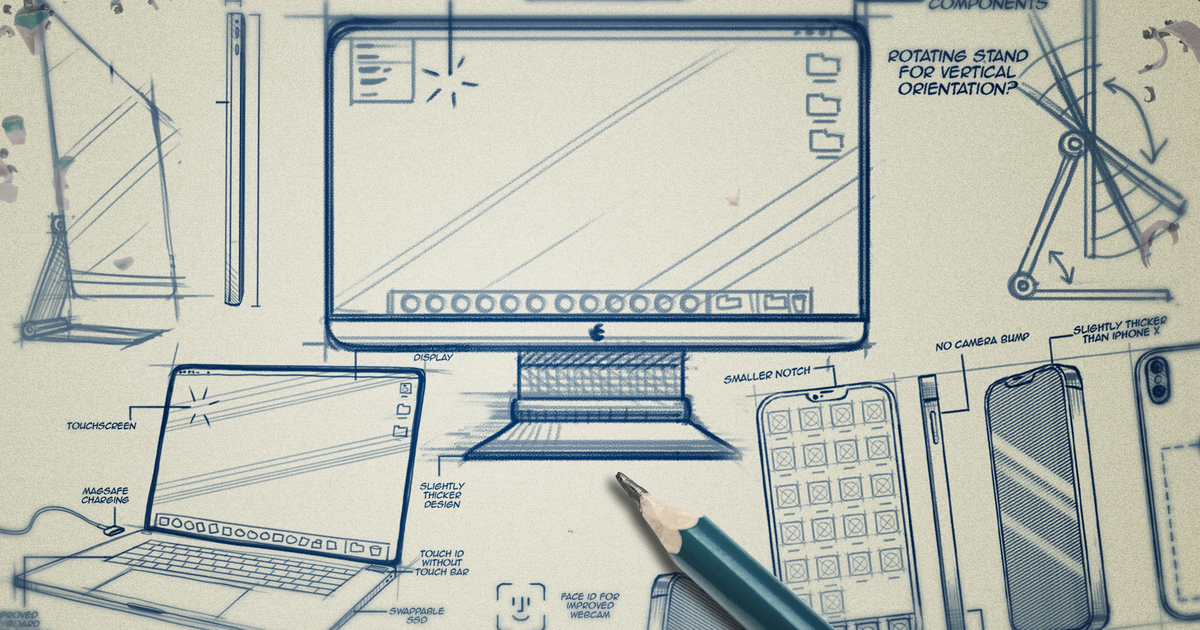 It will really be the end of an era when Apple Chief Design Officer Jony Ive leaves the big glass doors of Apple Park to design things in his new company, LoveFrom.

Ive and his team of close-knit industrial designers have blessed the world with many iconic products including iMac, iPod, iPhone, iPad and Apple Watch over the past 20 years.

These are all devices that have changed the world. But in some ways, Ive's obsession with stripping everything down to its purest form has also been the source of much frustration for the users. Instead of products that provide the best shape and feature, Apple products have in recent years felt for compromised.

1; "Genius Steve Jobs and Ive will never be matched, Apple is doomed!" – I see his leave as an opportunity for the company to embrace a new chapter of more sensible entities. Devices known but better suited to the many different types of users who have helped to grow Apple into one of the world's most valuable businesses.

It is unlikely that Apple without Ive will throw up a staggering array of new devices just as the company did in the late 80s to the early 90s under former CEO John Sculley. And I don't expect Ive's influence to suddenly disappear overnight.

However, I strongly feel that Apple's industrial designers are at the point of bending where they can leave Ive's shadow and improve existing products by breaking with some of the principles he was so impatient on.

A decade of Apple's most revolutionary product, since the iPhone's introduction, now faces fierce attacks from all directions. The iPhone no longer has a main competitor (Samsung), but myriad competition, especially from China (Huawei, Xiaomi, OnePlus, Oppo, etc.)

By comparison, the iPhone – as amazing as the iPhone XR and XS / XS Max is – feels they are falling behind. This year's new iPhones are expected to hold the same designs, but add an ultra wide camera inside a large ejection bump.

During Ive, iPhone went on a diet until it was probably too thin with the iPhone 6, which culminated in bendgate. Slowly but surely, the iPhone has become thicker with every new model that goes from the iPhone 6s 6.9mm profile to 8.3mm on the iPhone XR.

I can't speak for everyone, but anecdotally I see more people with iPhone XRs than iPhone XS or XS Max. Not to mention almost everyone puts their iPhones in case or carries battery packs or cases. This suggests to me that people might not mind a thicker phone whose switch is, for example, a larger battery or a camera that does not outwit. It would be smart for Apple's industry group to take into account these usage cases for future iPhones.

"The consumers want more visible change to the iPhone."

We've heard for years that iPhone can switch to USB-C. It has not happened during Ives watch. USB-C would mean a less proprietary cable to carry around. While it doesn't seem that Apple would destroy the healthy revenue it collects from third-party Lightning tech licensing companies, a thicker iPhone – another millimeter or two – will allow physical space for USB-C to fit. The USB-C will also give the iPhone an iPad Pro-like functionality, such as the ability to connect to monitors and USB-C flash drives.

A new, smaller iPhone with a notch screen and on-screen Touch ID fingerprint reader can also compete with Android phones with the same features. Analyst Ming-Chi Kuo claims a 5.4-inch iPhone is allegedly slated for 2020, and a Credit Suisse analyst says Apple's work with a fingerprint reader on the display, despite the insistent Face ID is the better and more natural biometric system for iPhones.

I will also love a design update that mirrors iPad Pro's straight edges and throws it back into the Boxier iPhone 5 / 5S / SE days.

I have outlined what the death of the 12-inch MacBook could mean for future portable laptops. Namely, this is Apple's chance to kill its almost controversial "butterfly keyboard" and switch back to case-style keys with more travel. Similarly, Apple can dump the touch bar and bring back the line of function keys while still holding the Touch ID inside the power button as on the MacBook Air.

Like the iPhone, I wouldn't mind if Apple made the MacBook Air and Pro marginally thicker and heavier to add to a touchscreen (gorilla arm is such a myth), higher resolution camcorder with Face ID, a memory card slot, and MagSafe. These features will put MacBooks more on par with Windows-powered options like the great Surface Laptop 2 and Google Pixelbook.

And while Apple makes MacBooks get some hair thicker, why not create internal components such as storage, RAM, and battery replacement? Solving SSD and RAM is good for making thin machines, but terrible for upgrades, repairs, and adding e-waste.

iMacs can also use a post-Ive revolution beyond a space gray color path; Current designs are almost unchanged since 2012. As a desktop – a computer that doesn't move much (if ever) – Apple has much more space to be stronger.

Who is the iMac for? What do people want it to do what it can't? I suppose the advertisements would love an iMac that borrows from Microsoft's Surface Studio 2 and has prepared table-like features. A touch screen with multi-touch and Apple Pencil support using a tilt stand would be neat.

Design-wise, I will love a retina display that reaches closer to the edges with slimmer touches like on the upcoming Pro Display XDR and does away with the iMac's "hook".

Face ID log, a new Magic Mouse that corrects this horrible user-friendly charging design, and user-replaceable storage and RAM, or even a screen that rotates vertically as Pro Display XDR, will restore the iMac as a formidable, modern all-in-one computer.

There's not much that needs improvement for Apple Watch. A camera under the display that one Oppo appeared in a phone for FaceTime calls would be a killer.

Apple TV could become the game console. It has always been meant to be with its own Apple-designed gamepad. It gives even more meaning to the launch of Apple Arcade this fall. Apple TV's Siri Remote can also use tweaking – small changes, making it easier to know which page is up or down.

It's hard to say how Apple could turn home haunted accidents. Maybe a smaller and cheaper version or one with a screen like Google Nest Hub.

The sky is really the limit of the industrial design team Ive leave. I'm not saying they're going to run wild and draw a Samsung with future iPhones or MacBooks that use untouched technologies like collapsible screens or even release the rumored AR glasses. However, bumping utility – real practical needs – higher up the priority list can help call a new Apple era that is less tonal deaf. 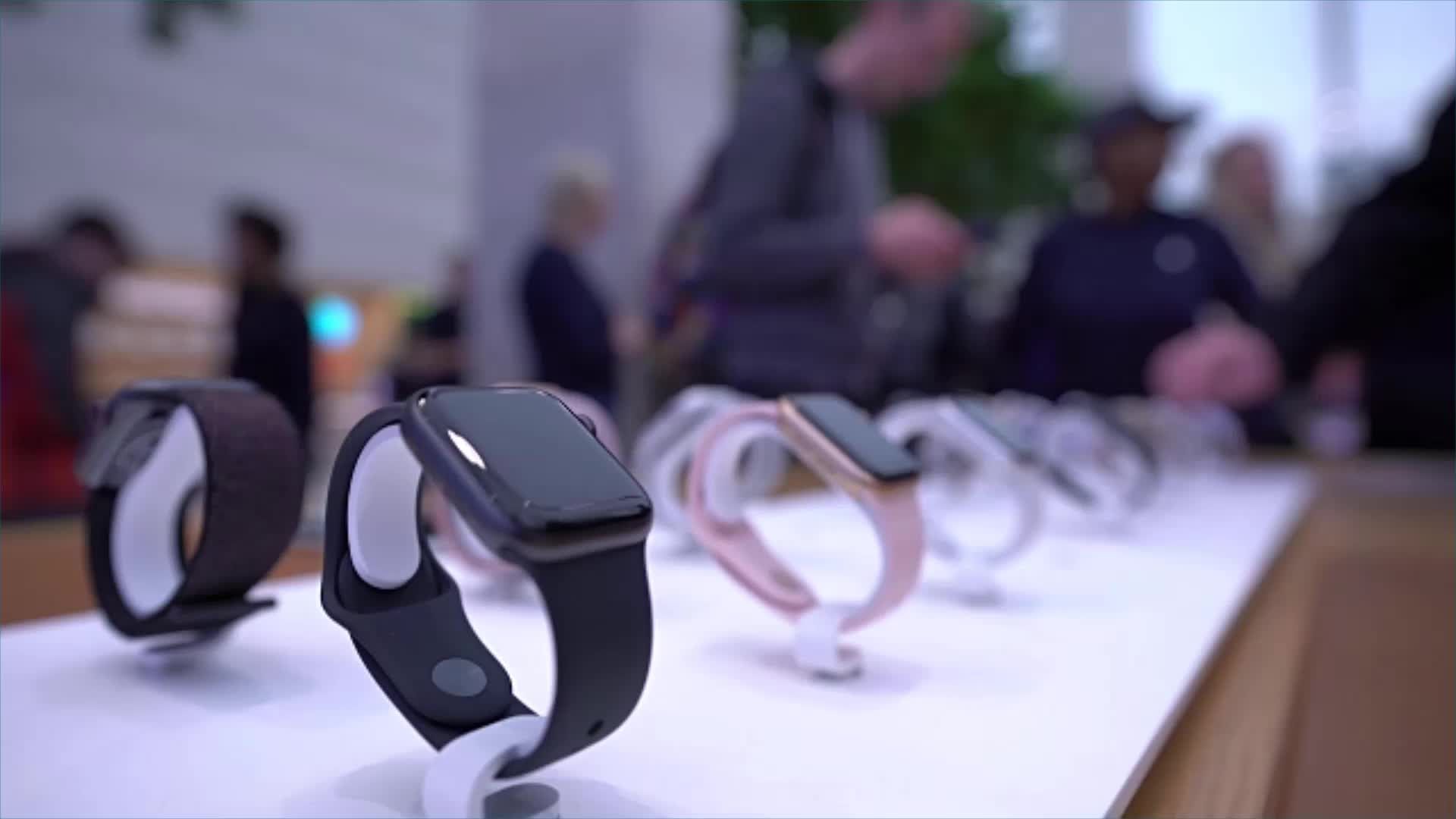