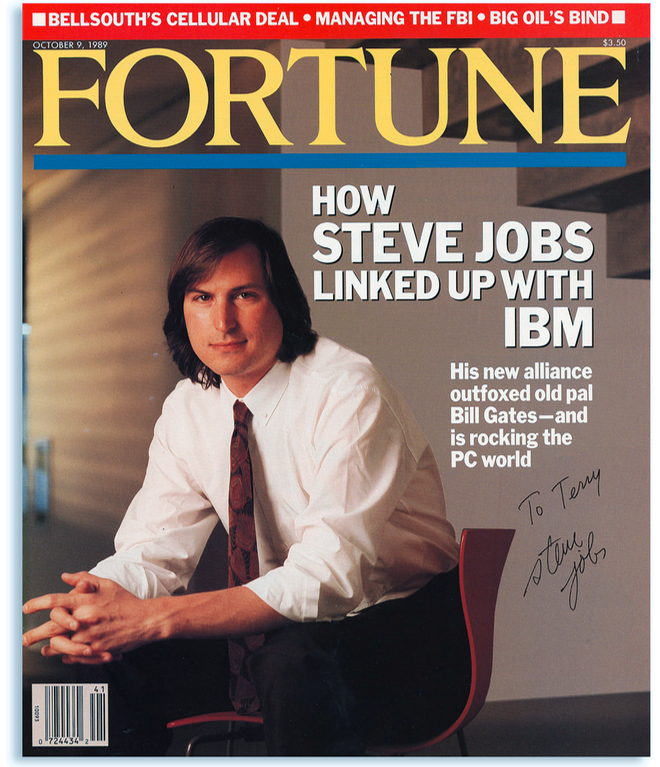 ONE Fortune magazine with a cover autographed by Steve Jobs has sold for $ 16,638. The recipient, Terry, was one of Jobs’ drivers for several years before asking Jobs to sign this magazine. Jobs had an interesting but predictable response to Terry’s request.

Steve Jobs signed the “Fortune” front page of the October 9, 1989 issue, which was published shortly after the launch of Jobs’ new company NeXT, Inc. Jobs signs in black ink, “To Terry / steve jobs”, with its distinctive lowercase signature , next to an image of the charismatic technology icon.

The recipient, Terry, was one of Jobs’ drivers for several years before asking Jobs to sign this magazine, although Jobs later called the limousine company to complain about the autograph request.

The magazine cover measures 9 “x 10,875”, without the rest of the pages. Attaches to the autograph album page, which can be easily removed professionally. Almost fine condition with a bold signature. With a COA from JSA, as well as a LOA from Terry the sender, and also Terry’s first year performance review from the limousine company.

MacDailyNews Take: It’s so typical that Jobs called the limousine company to complain! Love it!

Here is one of our early favorite Steve Jobs magazines:

Let’s Talk Photography 81: Beyond the Rule of Thirds