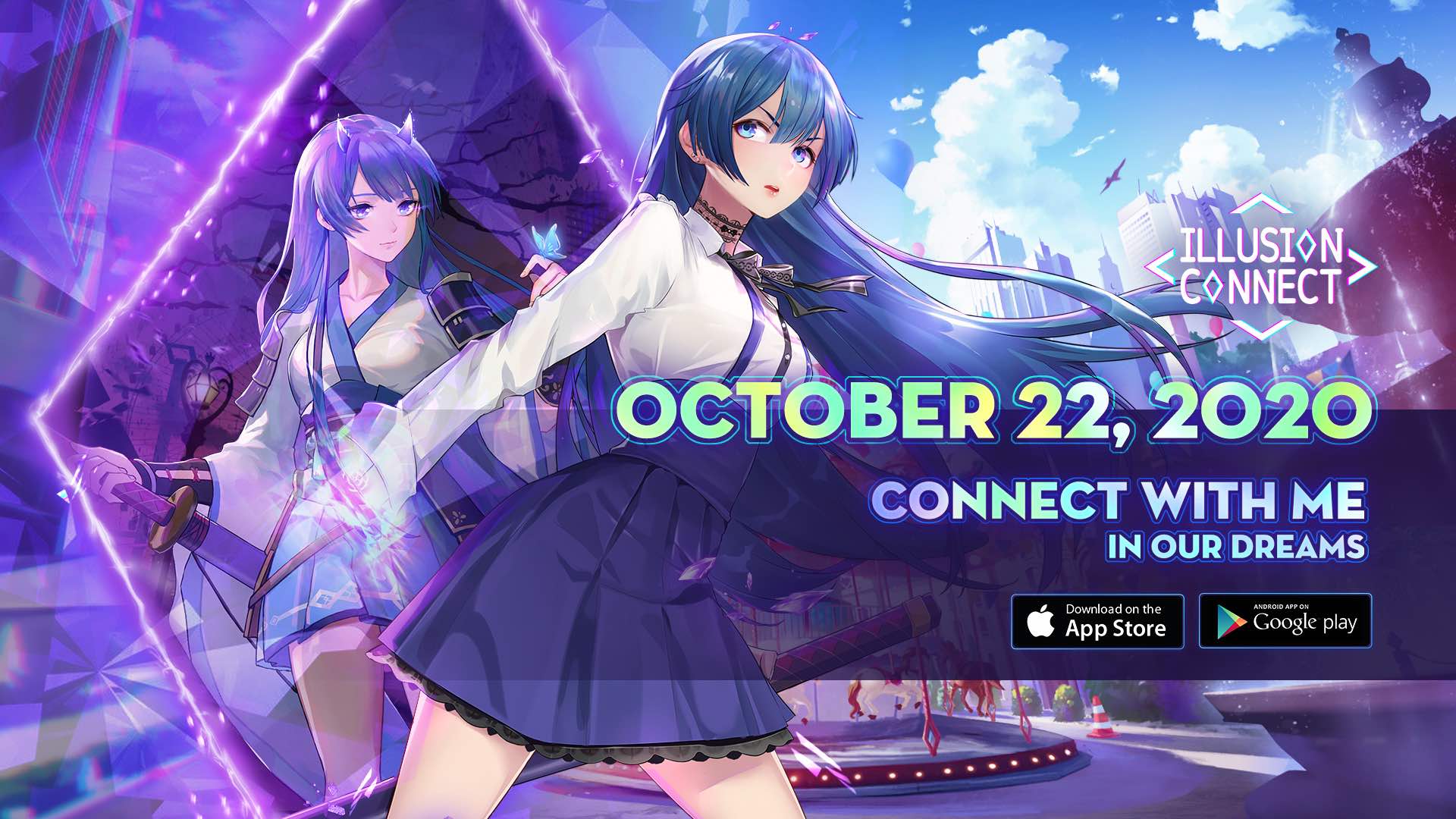 The teaser shows the two worlds in the game – the real world and the dream world. These two worlds are connected by lenses, which act as a bridge. There are also two factions in the game – Uroboros and SEED. Uroboros wants to destroy humanity, while SEED fights to protect it from the nightmares Uroboros has unleashed.

Frantiva, one of the two characters introduced in the trailer, fights for Uroboros. She was once a hero from the SEED faction, but betrayed them. This action shocked the Radiant’s circle and has left Frantiva’s sister, who is still loyal to SEED, in a particularly difficult position.

The other character in the trailer is Saya. She has a deep resentment for the nightmares and everyone who has been hypnotized by them. Why? Probably because they slaughtered her tribe. Saya may look cool, calm and collected, but there is an anger of emotion hiding under that facade.

You will find out much more about Frantiva, Saya, SEED and Uroboros when Illusion Connect launches worldwide on October 22nd. You can still pre-order the game from the official website, or by checking out the pages on the App Store or Google Play Store page. There are goodies in the game for anyone who pre-registers, so it̵