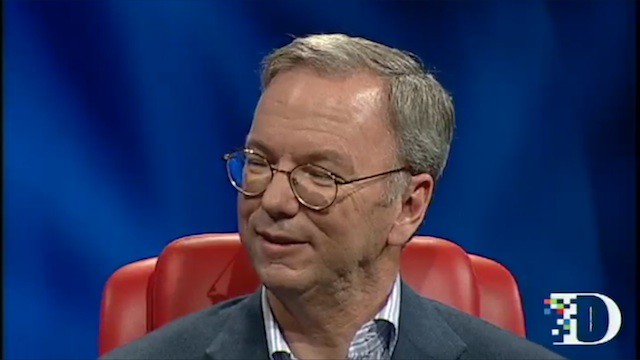 3. August 2009: Google CEO Eric Schmidt resigns his election from Apple's board amid growing competition between the two companies.

The root of the problem? The growing feud over Android & # 39; s engagement on iOS.

"Eric has been an excellent board member of Apple, investing his valuable time, talent, passion and wisdom to make Apple successful," Steve Jobs said in a press release announcing Schmidt's departure. "Unfortunately, as Google enters several of Apple's core businesses … Eric's effectiveness as an Apple board member will be significantly diminished, as he will have to forgo even larger portions of our meetings due to potential conflicts of interest. Therefore, we mutually decided that now is the right time for Eric to step down from his position on Apple's board. "

Schmidt's tenure on the Apple board was not very long. He began August 29, 2006, the year before the launch of the iPhone.

"Eric obviously does a fantastic job as CEO of Google, and we look forward to his contributions as a member of Apple's board," Jobs said at the time. "Like Apple, Google is very focused on innovation, and we believes Eric's insight and experience will be very valuable in helping Apple in the years to come. "

Both in and outside the boardroom, Jobs demanded loyalty from Apple's This sometimes led to accusations that they were not as independent and diverse as anyone would like.

Getting the boss of a competing technical power plant for Apple's business proved challenging. Despite initially operating in different businesses, there was a significant transition between Apple and Google in the mid-2000s.

The most notable area was the movement of companies to mobile phones. However, Apple and Google also built competing browsers (Safari and Chrome). They field competing photo software (iPhoto and Picasa). And they run competing video services (iTunes and YouTube).

The companies were clearly on collision course. It seemed clear that at some point Schmidt had to decide between his two roles.

There was an additional reason for Schmidt's resignation. Earlier in 2009, The New York Times reported that the Federal Trade Commission investigated the close ties between the boards of Apple and Google.

The reason? A potential violation of the Clayton Antitrust Act of 1914, which prevents board participation from rival companies in cases where this could reduce competition.

Finally, the Apple-Google relationship became a loser-losing situation for everyone involved. If the two companies worked too closely together, regulators saw it as a potential antitrust breach. If they competed against each other, Schmidt would step out of Apple board meetings for ever-greater periods of time in discussions about confidential matters.

Finally, Jobs probably regretted his decision to bring Schmidt on board. Not long after Schmidt resigned, Jobs threatened Google with "thermonuclear war" over the alleged ripping of the iPhone user interface for Android. With Schmidt being on the Apple board during the development of the iPhone and iPad, Jobs felt he had let go.

In some ways, this looked like a repeat of Apple's relationship with Microsoft in the 1980s. Microsoft's founder Bill Gates worked on the Macintosh, only to turn around and release suspiciously similar (and legal like) Windows operating system a few years later.