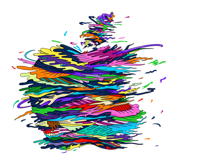 Today, Apple is a great day for iPhone and iPad users. First, Apple keeps its special event on 10th East in Brooklyn, NY. Apple does not say what will be announced, but almost everyone expects to see a new iPad Pro with less framing, no home button and Face ID iPad version of iPhone X. There are also rumors that Apple will unveil a second generation Apple- pencil with support for touch movements on pencil. I will love the ability to print or do something else on pencil to swap between pencil and eraser. And I'm sure Apple has even more to uncover this morning. You can watch live presentation by visiting this page on Apple's website.

Secondly, Apple announced yesterday in a press release that Apple will launch iOS 1

2.1 today. This update will contain new features, including some previously announced, but not completely clear when iOS 12 was released last month: (1) Group Facetime, which allows you to have private, encrypted Facetime video conferencing with up to 32 people at once with automatic choice and focus on the person who speaks; (2) The new emo that Apple first previewed this in July; (3) for iPhone X S owners, the ability to control the bokeh effect in portrait mode by adjusting the depth effect while taking the image instead of just after the image is taken; and (4) dual SIM support for iPhone X S and iPhone X R . These are the big new features, but there are certainly many other improvements there too.

Today should be an interesting day!