How to edit podcasts on iPad using Ferrite – MacStories 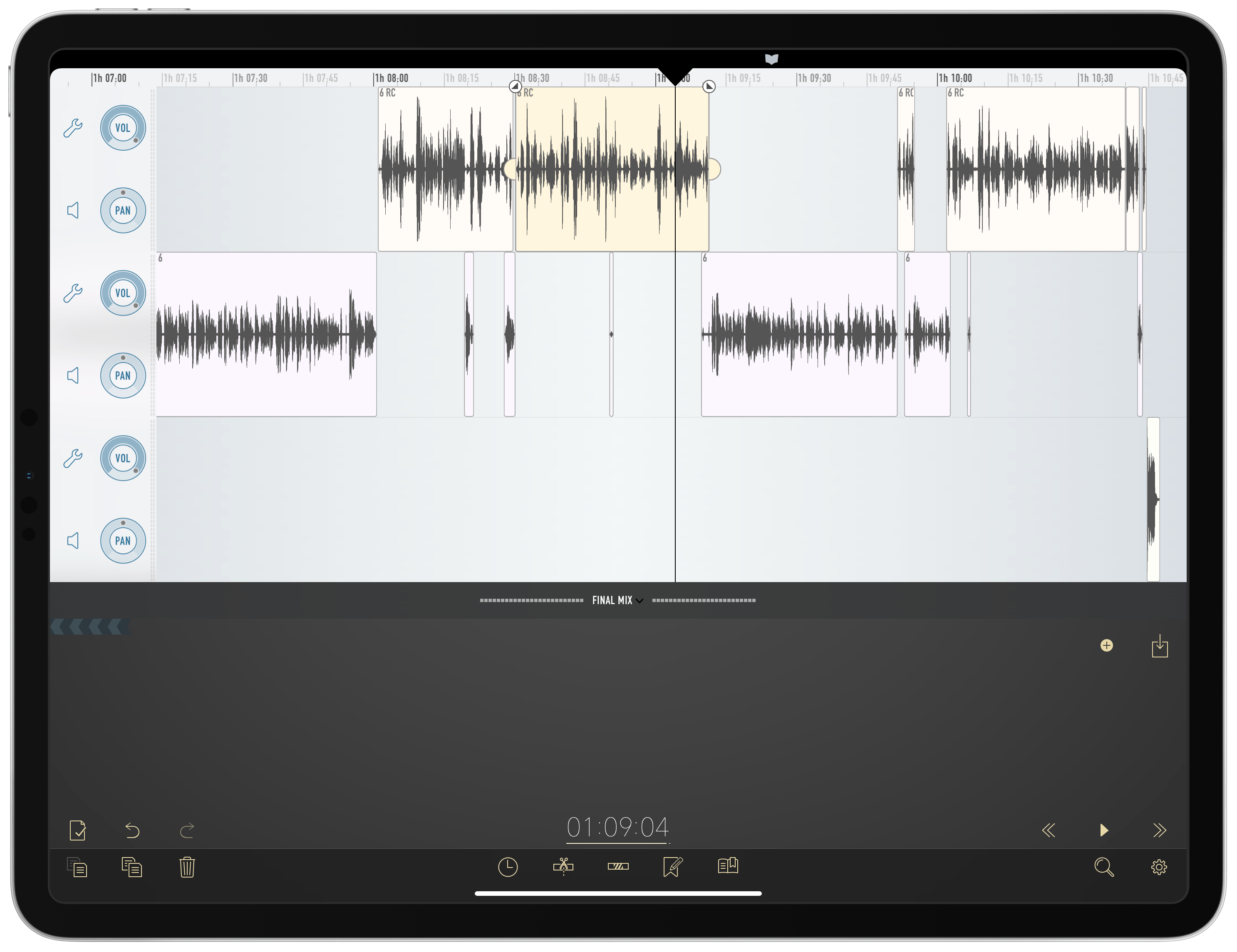 This has been a year of new creative projects for me. In addition to some personal endeavors that have not yet seen the light of day, I joined Federico as co-host of Adapt, a new iPad-focused podcast on Relay FM. Learning the art of expressing my Apple taking speech rather than text has been an adventure in itself, but I have also grown to cultivate a very different skill: audio editing.

When I was accused of editing this iPad-focused podcast, I naturally turned to an iPad-based editing tool: every episode of Adapt was edited in Ferrite Recording Studio, and I've never tried to use a different app. podcasters I am familiar with edit in Logic, but my Mac mini device is purposely used as little as possible, so I knew when I pushed into podcasting that I wanted an iPad-based solution if possible. On several occasions I have heard and read Jason Snell extol the virtues of Ferrite, so that was the app I turned to.

Getting started with podcast editing can be extremely daunting, even with an app like Ferrite built for it. . There are many settings, and unless you have previous experience working with audio, you probably have no idea what any of them are doing. I learned a lot from Ferrite's user manual the first few days, and they mentioned the Jason Snell articles about Six Colors. And before long, I found an editing setup that worked well for me. Now I want to share it with you.

Everyone has their own preferred method of editing podcasts, so while I hope to document my own workflow will be useful, what I share should not be taken on prescription in any way. Ferrite offers a variety of tools and ways to work with it, many of which I do not use. For example, I've heard the app fits nicely with the Apple pencil, but I never use my pencil in editing ̵

1; I prefer to keep my hands on the keyboard as much as possible, so fumbling with the pencil would just be cumbersome. [19659005] Explaining the beginning of my editing work requires going backwards a bit. Each new episode of Adapt begins with creating a project from an existing template I have set up. However, templates can only be created once you have a project. And in Ferrite you can't make a project without first having some sound to work with. So I'm starting with a new project created from a template, but to create a template basically you need an initial project, which requires some sound. It seems confusing at first, but once you've done the original template setup, it's easy to get started with each new episode.

The template I use for Adapt contains three tracks where sound can live: the top track is where I set my own sound, the middle track holds Federicos, and the bottom track always contains our intro and outro music. The intro music is at the beginning of the episode, while the cheating is placed about an hour in because of the average length of our show. The other two tracks, while initially blank in the template, most importantly retain the respective effect settings that I have previously configured.

For both my own track and Federicos, I used Ferrite's Noise Gate effect as part of the Adapt template. Currently, the same settings apply to both our tracks: Noise Gate has a -14db threshold, 30ms opening time and 200ms closing time. It has taken a lot of trial and error to make minor adjustments to get to these levels so they can change again, but for now they are working well for me. Noise Gate cuts noise below a certain threshold, which I primarily use to eliminate unwanted breathing sounds, but it also helps with water splits and other unwanted ones.

Besides having all my track needs set up automatically, another benefit of creating new projects from templates is that metadata such as display artwork and display name does not need to be entered more than once. I put them in months ago and they are saved with my template.

After Federico and I finish recording an episode, I jump into Ferrite, find my Adapt template and hit the new project button on the left. Then I renamed the project with the title of the new episode, and updated a few other metadata, then went into the editor.

My first step from here is to import the correct audio files. Pressing a track shows the Import option, which loads Ferrite's library – but my files aren't there yet, so I press Import again, add the recording to the library and select it from there; I repeat the same process for Federico's recording.

After the files are loaded into the editor, I tap on each and select the Strip Silence action, which divides a long, continuous stream of audio into a whole bunch of smaller excerpts. I think this is an important step to make my life easier during full editing – cutting clips is much faster when you don't have to split them from a longer track. When this step is done, I'm ready to really begin.

As I already mentioned, I like to keep my hands on the keyboard as much as I can while editing, and I am able to because Ferrite offers a comprehensive set of keyboard shortcuts, all customizable to your taste. The whole set of actions is far wider than what I actually use, but the ones I use are invaluable in the editing process. Listed below are the shortcuts I trust and the keystrokes I have configured for them.