IDC: Apple continued to lead the market for wearables in the first quarter of 2019, but Huawei grew 282% 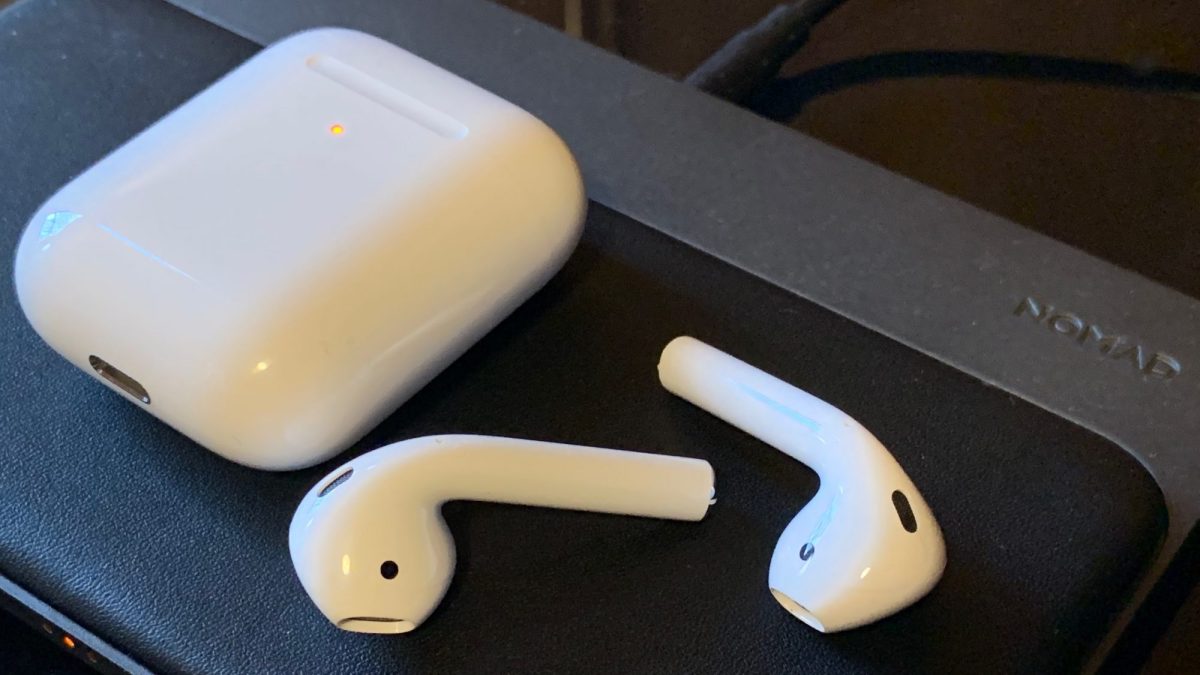 Market research firm IDC published its first quarter 2019 report on the wearables market today, and no one would be surprised that Apple maintained its industry-leading market share thanks to the growth of Apple Watches, AirPods and Beats headphones. But the Asian rivals Xiaomi, Huawei and Samsung all looked sharper year this year than Apple, said IDC. Huawei posts 282.2% gains – a small miracle given the clouds that collect over the company's businesses.

Worth noting: IDC's numbers look at shipments instead of sales, numbers that – if accurate – can be manipulated just by pushing more stock out the door with plans to aggressively discount it later. In addition, the company added "ear-worn devices" to the largely wrist-worn category last year, enabling both smartwatches and specific earphones to find tracking. Wrist wearables are meant to be a 63.2% share of the market, while ear devices had a smaller share of 34.6%, but faster year-round growth: 1

For Apple, was large in shipping numbers but not so impressive by percentages: Shipments were up to 12.8 million in the first quarter of 2019, a 49.5% jump from 8.6 million units the previous year. However, the company's total market share of 26.8% fell to 25.8%, still about twice that of its closest competitor. 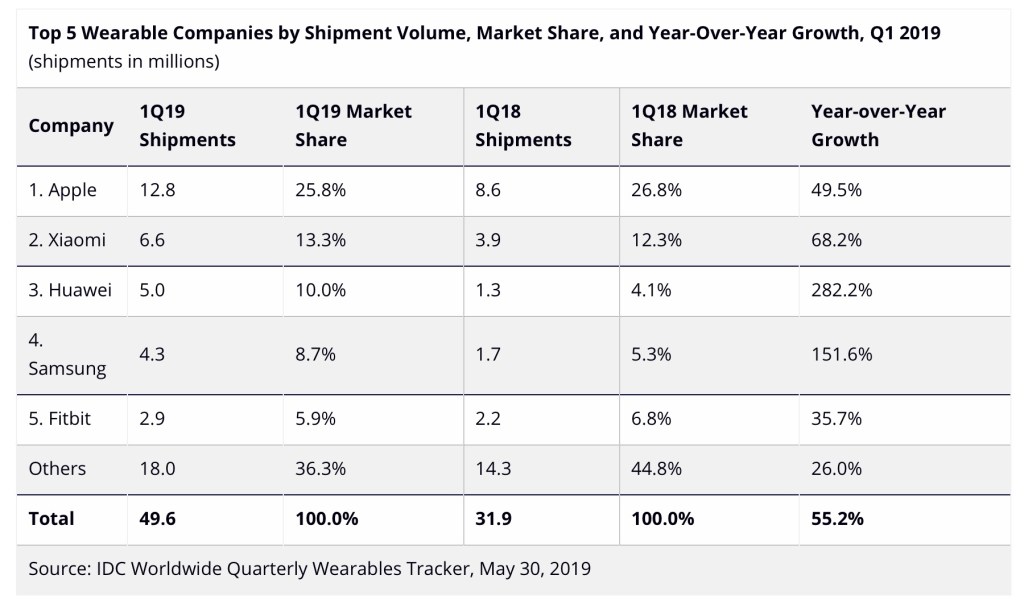 Chinese companies Xiaomi and Huawei took second and third place in shipments in the quarter, with 6.6 million and 5 million units respectively. Huawei's number was up almost four times from a year ago, making it possible to increase past fourth-place Samsung, which sent 4.3 million units in the quarter. All three companies increased markedly in year-to-year shipments, reflecting overall market growth, while Fitbit moved from 2.2 million units a year ago to 2.9 million in the first quarter of 2019, falling to 5.9% market share . 19659002] Interestingly, IDC suggests that Apple has been overtaken by hand-made shipments (4.6 million) by Xiaomi (5.3 million), and is only modest before Huawei (3.9 million). Doing math means that ear-worn units such as AirPods generated the bulk of Apple's portable demand, although the release of the second-generation AirPods at the end of March may have been responsible for the huge boom in shipments for the quarter.

IDC notes that Mi Band was Xiaomo's most popular durable, carrying 5 million units alone, while Huawei and Samsung had benefited from combining their wear with sold smartphones. In February, Samsung launched Galaxy Buds and Galaxy Watch Active in February, offering the wireless earphones as a free gift to early Galaxy S10 customers.