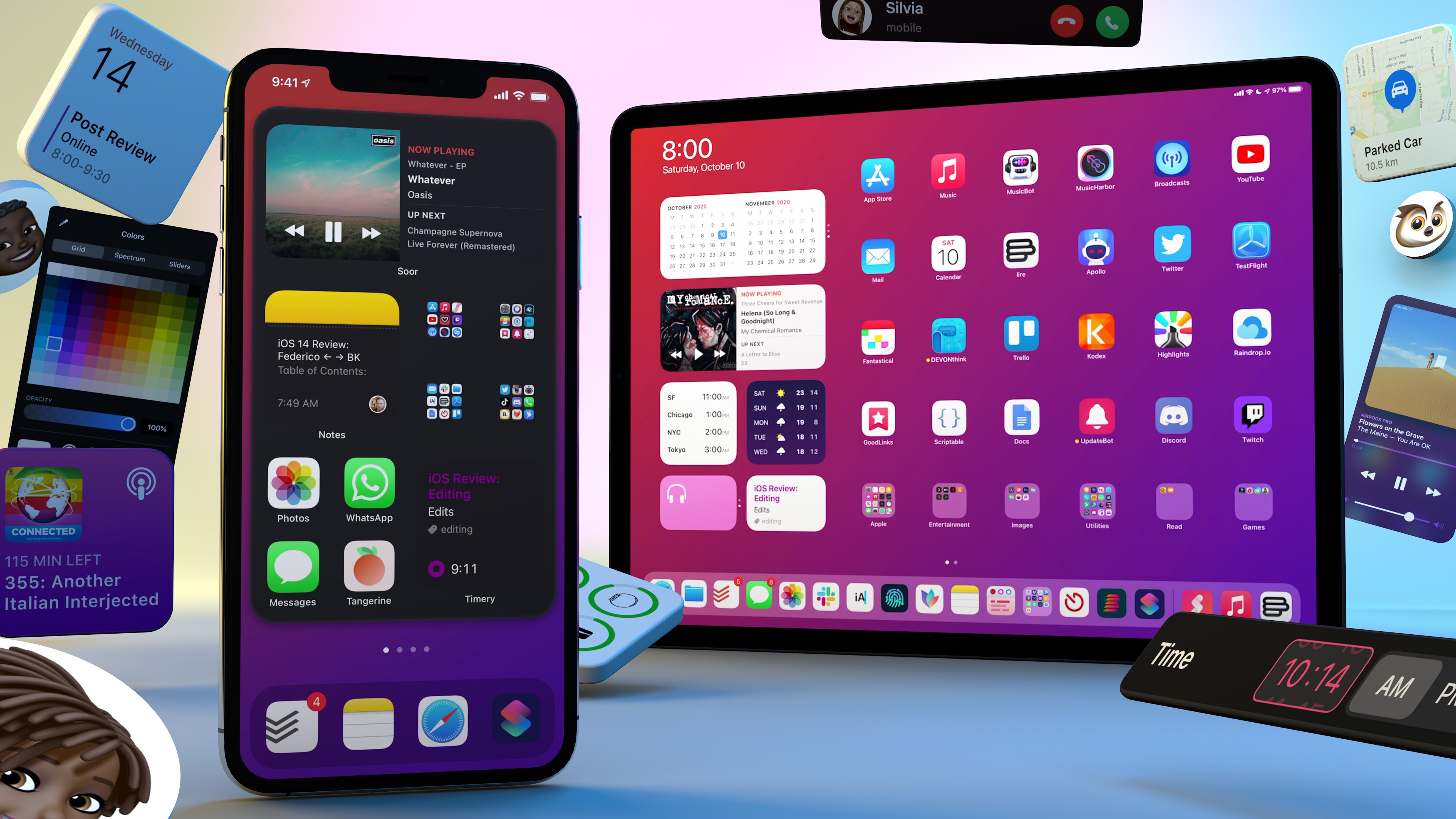 How do you prepare for a major new version of an operating system that now spans two separate platforms, which will be installed on millions of devices within hours of release, amid a global pandemic? If you’re Apple, the answer is quite simple: you mitigate the crisis by focusing on a narrower set of features, perhaps prioritizing bug fixes and stability improvements, but then you just have to do the job.

In my time as iOS (then iOS and iPadOS) reviewer, I never thought I would have to evaluate an OS update with the social and political backdrop of iOS 14. Let’s face it: when the COVID-19 outbreak began to fundamentally change our lives earlier this year, at some point Many of us ̵

1; including your real one – thought that our little corner of the Internet, among more serious and serious consequences, would not see any new phones, OS updates, video game consoles or other events during 2020. Or so, at least, changes in hardware and software would be so small that they barely registered in the vast array of things that technology companies and their employees – rightly – adapt to a new, away from home, socially distant life. Still, here we are, over a year after the debut of iOS and iPadOS 13, with brand new versions of both operating systems that were traditionally announced at WWDC a few months ago. Remove all surrounding context and you will not guess that anything has changed from 2019.

However, context is the key to understanding Apple’s background and goals with iOS and iPadOS 14, in a couple of notable ways.

First, I think it’s safe to assume that slowing down to reassess the platform’s condition and focus on improvements in quality of life and performance gains would have worked in Apple’s favor regardless of the pandemic. In last year’s review, I noticed that the first version of iOS 13.0 that was released to the public was not “as polished or stable as the first version of iOS 12”; In a somewhat unpredictable twist on events, managing the iOS 13 release story only became more challenging for Apple after its launch.

Late in the beta cycle last year, the company announced that certain iOS 13 features – including shortcut automation and ETA sharing in Maps – would be delayed to iOS 13.1, originally scheduled for September 30. After widespread criticism of bugs, various visual flaws and stability issues in iOS 13.0, Apple moved the release of iOS 13.1 and iPadOS (which never saw a proper public release of 13.0) by a week. Despite the release of a significant .1 update, the company still had to send two more updates (13.1.1 and 13.1.2) before the end of September. Before the end of 2019, all while the public apologized for the poor state of iOS 13’s performance (just Google “iOS 13 buggy”, and you get the idea), Apple continued to send in total eight software updates to iOS 13 (compared to iOS 12’s four updates before the end of 2018). The record speed plus the mysterious removal of features originally announced at WWDC ’19, suggested that something had gone wrong in the late stages of iOS 13’s development; it did not take long before a report covered Apple’s plans to revise software testing methods for iOS 14 and 2020. The pandemic may have forced Apple to reduce some functionalities and deeper design changes this year, but it is likely that a decision was made long before lockdowns and work-from-home orders.

Second, context is needed because despite the pandemic and the rocky rollout of iOS 13 and its many updates, Apple was still able to infect iOS and iPadOS 14 with fresh, bold ideas that pave the way for both platforms to follow the next years. .

On the surface, iOS 14 will be considered the update that brought a redesigned home screen and a host of useful quality of life additions to the iPhone. For the first time since the iPhone was launched, Apple moves past the icon and allows users to freely place data-rich, customizable widgets on the home screen – a major price fix that has opened the floodgates for new categories of tools on the app. Shop. In addition to the upgraded home screen, iOS 14 also offers welcome enhancements of long-term limitations: phone calls can now come in as unobtrusive banners; Messages borrows some of WhatsApp’s best features and now lets you reply to specific messages as well as mention users; Siri no longer takes over the entire screen. There are hundreds of minor additions to the system and built-in apps in iOS 14, suggesting that Apple took a long time to understand what was not working and what customers were asking for.

iOS and iPadOS 14 are not just reactionary updates of criticism and feature requests: Upon closer inspection, both operating systems reveal underlying threads that will shape the evolution of Apple’s platforms. With a compact user interface, the company looks at a principle introduced in iOS 7 – clarity and content first – with fresh eyes: the user interface retreats and becomes more visible, but the remaining elements are as inviting to touch as ever – quite a departure from Jony Ive’s overly minimalist, typography-based approach. We see this trend everywhere in iOS 14, from phone calls and Siri to widgets, new toolbar menus and Picture in Picture. Intents, the existing technology behind SiriKit, shortcuts and intelligent Siri suggestions, are also at the heart of widget customization. Intents was already one of Apple’s most important frameworks given its ties to Siri and the intelligence of the device; iOS 14 shows that we have not seen all possible permutations and applications of Intents yet.

Then of course there is the iPad. In iPadOS 14, we see the logical continuation of touch and trackpad support introduced earlier this year in iPadOS 13.4: now that users can control an iPad without touching the screen, Apple advises third-party developers to move away from iPhone-inspired designs with apps that really is made for iPad … and a bit reminiscent of their MacOS counterparts. We can see the results of this initiative in modernized system apps that take advantage of the iPad screen with sidebars, multiple columns and deeper integration of the trackpad – new options that every iPad app developer can (and according to Apple, should) consider moving forward. While some of the iPad’s frequently mentioned ongoing battles remain unaddressed in iPadOS 14 (see: multitasking and window management), Apple is embracing the iPad genre as a modular computer this year, and they feel comfortable leaning towards lessons learned with the Mac decades ago. .

The context of 2020 is what makes iOS and iPadOS 14 so fascinating and to a certain extent fun to review. On the one hand, we have two major OS updates that may or may not have been affected by the global pandemic in focus on fewer groundbreaking additions and more consistent improvements across built-in apps; on the other, just like some second year we have a number of overarching themes and potential implications to dissect.

But for all those users who still pause the ‘Install’ button, and think about whether it’s worth updating the most important communication and home devices, it’s just one review that matters:

Will this go any better than last year?

Of subscribe to Club MacStoriesyou get exclusive access to a selection of additional benefits related to this review:

You can unlock everyone of these benefits of a Club MacStories subscription, from $ 5 / month. And when you do, you also get access to the complete archive of Club MacStories with exclusive content over five years.

We also recorded a special episode of our main appcast appStories about the review. In the episode, John and I provide a (spoiler-free) overview of the main topics in the review.

You can listen to the episode below.

Use this link to save your place in the review and return to it later.
You can bookmark it or share it with friends.