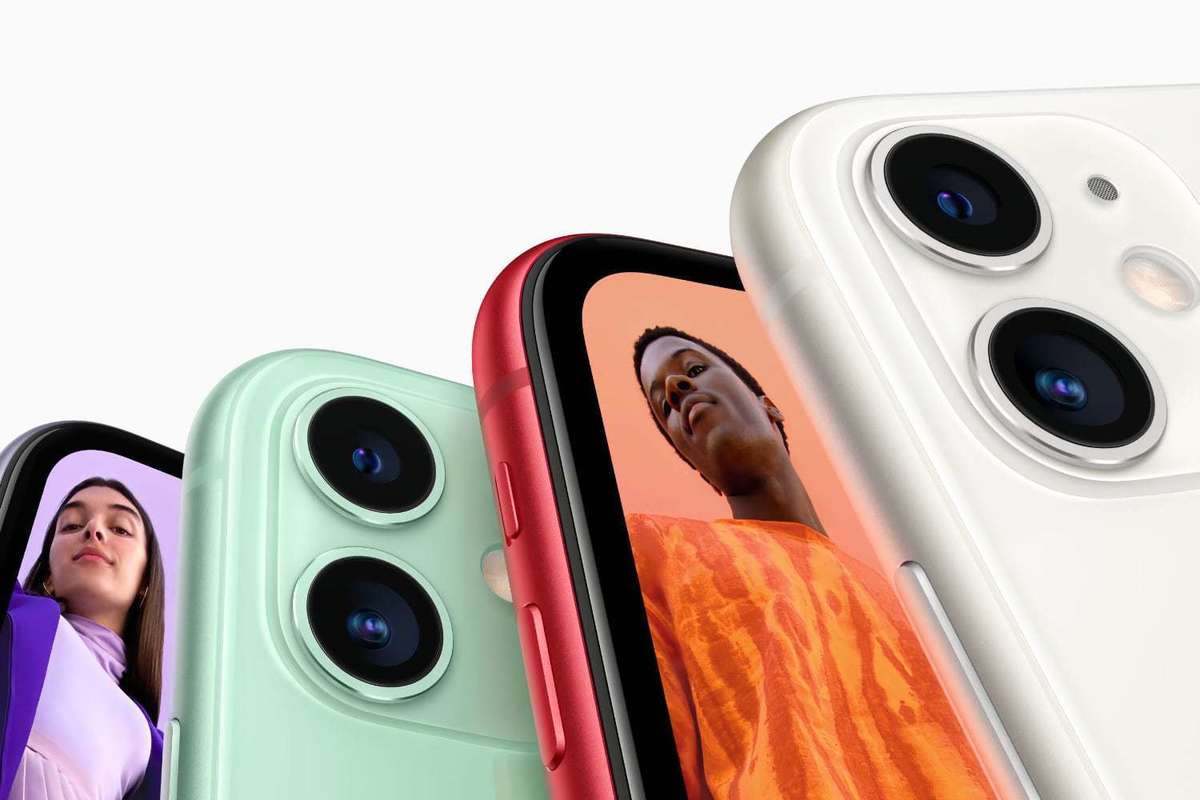 After a month of delay that moved it from the traditional time period in September, the annual iPhone event is almost here. On Tuesday at 10 PT starts Apple’s “Hi, Speed” event, and we get the first official look at the iPhone 12.

But as usual very little is known about it. We’re been hearing rumors about the iPhone 12 for over a year now, and a pretty complete picture of the new handsets has emerged in recent weeks. So if you like surprises, stop reading. Otherwise, this is what you can expect to see.

The iPhone has not really changed much since the homeless buttonless iPhone X landed on the scene with a four-digit price tag, but the 1

And if you hoped that the notch would disappear, you will not be happy. While early reports suggested that it would be smaller or perhaps disappear altogether, recent rumors say the notch will be as large as it is on the iPhone 11.

However, the frames around the screen may be a little smaller. According to leaked forms, the frames on the iPhone 12 Pro Max will shrink “by about 40% on all four sides, from 2.5 mm to 1.5 mm.” A millimeter may not sound like much, but it should make a huge difference.

When it comes to colors, we’ve heard that Apple is working on a new navy blue color for the iPhone 12 Pro to replace last year’s Midnight Green, possibly called the Midnight Blue. As far as the non-Pro iPhone 12, the rumor mill is less sure of what to expect, but light blue, purple and orange have been floated, which coincidentally matches the colors of the invitation. A recent rumor from Weibo leaker Kang suggests some tame colors: black, white, red, blue and green.

While the design may be a departure for the iPhone, the real changes are coming to the screens. First, they should all be OLED, so the colors will be richer and black will be deeper even on the non-Pro models. Kang thinks that the whole line will go Super Retina XDR, but we are not so sure. Our best guess is HD (720p) for iPhone 12 and Full HD (1080p) for iPhone 12 Pro. Or in Apple terms, Retina HD and Super Retina XDR.

Also the sizes are reportedly changing. While the iPhone 12 will probably be 6.1 inches like the iPhone 11, the rest of the lineup will be very different. According to many rumors, the 5.8-inch Pro will also be 6.1 inches this year, while the 6.5-inch iPhone 12 Pro Max will grow to 6.7 inches. And a new 5.4-inch iPhone 12 mini model will reportedly also be included in the lineup. This is how it should shake out.

It is also possible that the Pro models have 120Hz ProMotion screens for faster scrolling and smoother video. While rumors have been everywhere, Max Weinbach reported on Twitter recently that battery life is the biggest obstacle Apple has to overcome, a feeling echo of Jon Prosser, who does not think Apple understood it for the iPhone 12.

Apple actually already debuted the new chip in the iPad Air, so we know a little about it. It is built on a 5 nm process, so it is more efficient and powerful, with a six-core CPU that is 40 percent faster than the A12 Bionic. In addition, a 4-core GPU delivers graphics speeds that are 30 percent faster than the A12. And the next-generation 16-core Neural Engine can handle 11 trillion operations per second, says Apple, resulting in a 2x increase in machine learning performance.

So yes, it’s pretty fast. And Apple probably held back some of the nicer points on the A14 for the iPhone launch as well, so it could be even faster and more powerful than we think. Add to that a new W (wireless), U (ultra-broadband), T (security) and ISP (image signal processor) chips, and you’ve easily got one of the fastest portable devices ever.

We do not know about RAM or battery capacity before the inevitable breakdown, but rumors do not point to big leaps either. After all, memory and battery life have never been an issue with iPhones, but if you’re hoping for a breakthrough, it seems unlikely this time around.

What is likely is a storage boost. All indications are that Apple will support the 128 GB base storage on at least the Pro models. However, while you get more storage space, you get less stuff in the box. Apple is definitely dumping the charger and earbuds from the iPhone 12 and includes a USB-C-to-lightning cable as the only accessory.

The iPhone is basically the only premium phone that does not have a 5G modem on board, but that will change with the iPhone 12. All rumors point to an all-5G series this year, with support for all major operators in the US and around the world . And with the “Hi, speed” tagline, Apple confirmed it in the first place.

Unlike today’s wireless network, which is basically a size that suits everyone, there are two types of 5G at stake. Sub-6GHz is the most common variant, used by T-Mobile, and delivers speeds that are about twice that of 4G. The second flavor of 5G is called millimeter wave (mmWave), which is mainly used by Verizon. It’s much faster than sub-6 GHz (think gigabit-plus speeds), but also far more limited. Most places that have coverage are larger cities, and even there it is limited to certain neighborhoods and in some cases streets.

Rumor has it that Apple will share 5G among the Pro and non-Pro lines. The Pro models will reportedly get the fastest possible connections (sub-6 GHz and mmWave), while the non-Pro models only support sub-6 GHz. And of course, you need a cell plan that supports 5G.

But the 5G support in the iPhone 12 is not so much about the present as it is the future. As networks expand rapidly and 5G becomes more ubiquitous, you need a phone that can take advantage of it.

Even before there were pro models, Apple differentiated its iPhone with both the size of the screen and the capacity of the camera. That will probably not change with the iPhone 12. According to reports, the iPhone 12 and 12 mini will have a dual camera system while the Pro and Pro Max will have a triple camera range.

The lenses are also not expected to vary much from last year’s models. According to rumors, you get a wide and ultra-wide lens with the regular models and an extra telephoto lens with Pro. Recent rumors claim that the Pro Max may have a telephoto lens as high as 5X optical zoom, which will be a huge boost compared to today’s 2X zoom. Max Weinbach on Twitter also adds that Apple is testing 25x to 30x digital zoom. In addition, advanced phones will reportedly also get the same LiDAR time-of-flight sensor that Apple introduced with the iPad Pro.

Another rumor from Weinbach says that the TrueDepth camera will use a new dynamic zoning algorithm to make Face ID faster and work in wider angles. However, Apple is not expected to change the position of the camera or hardware.

What we do not know is how much better the cameras will actually be. Will the phone features compete with Samsung’s 50X Space Zoom? Will Deep Fusion take another leap forward? Will there be any new tricks like last year’s night mode? We know very soon, but you can probably bet that the camera on the iPhone 12 will blow us away again.

While Android phones have seen premium prices linked to 5G, rumors are circulating that Apple will not change the prices of the iPhone 12 much, according to rumors. The 6.1-inch Pro will reportedly still start at $ 999, but with 128 GB of storage versus 64 GB, and the 6.7-inch Pro Max will keep its price at $ 1,099, also with extra storage.

In the lavender, it is rumored that Apple shakes things a little more. The iPhone 12 will reportedly jump to $ 799 while the iPhone 12 mini slides into the $ 699 slot. Both phones come with 64 GB of storage.

As far as when you can buy one, it is shaped into a split release, not unlike the launch of the iPhone X in 2017 and the iPhone XR in 2018. Rumor has it that the iPhone 11 and iPhone 11 Pro with weeks of the event, while the iPhone mini and iPhone 12 Pro Mac may be delayed until November.