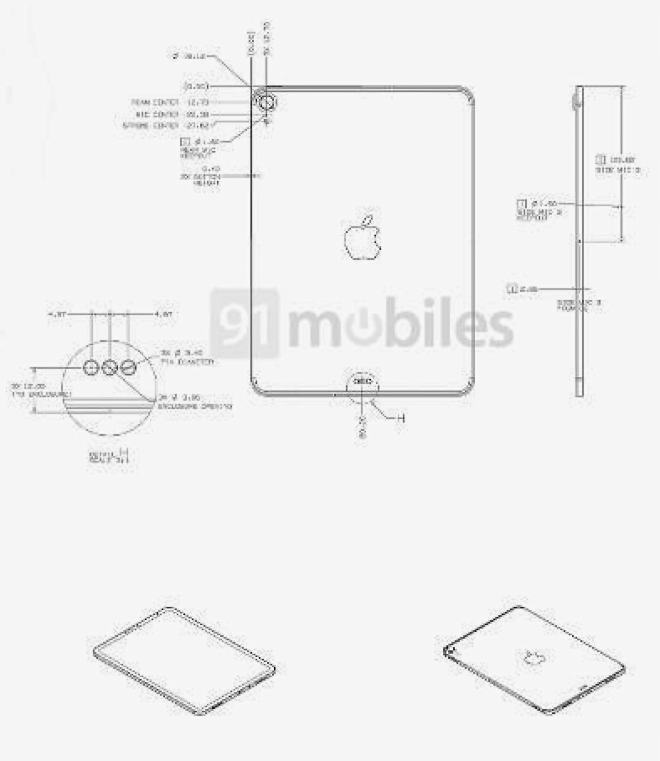 According to the alleged leaked form, the eight-generation 10.8-inch iPad will have thinner frames, Face ID sensors and no Touch ID. There will be two speakers, USB C connector, a single camera on the back and inductive charging.

Apple is said to be working on a new eighth-generation iPad model that can be launched as early as September. Prior to the rumored launch, 91mobiles has received the design forms for the upcoming iPad 2020 from a reliable source. The design shows that the next generation model will look like the iPad Pro 2020 – it will have thinner frames around the screen, Face ID sensors above the screen and no Touch ID fingerprint sensor. On the back there will be a single camera with LED flash; The forms also show that the iPad 2020 will have magnetic contacts on the back to support the Magic Keyboard.

TF Securities analyst Ming-Chi Kuo wrote in a research note from June that Apple plans to launch a new 10.8-inch iPad in the second half of this year.

Just a few days ago, pictures of what is described as a nice manual for a currently unreleased iPad Air were posted on social media this morning depicting Apple’s fourth generation iPad Air with screen display, no Home button, with Touch ID instead integrated into the device’s power button.

iOS 14: All the new features with guides and how Tos

Sure Cuts A Lot 5,043 – Cut real-type fonts with an electronic cutter.