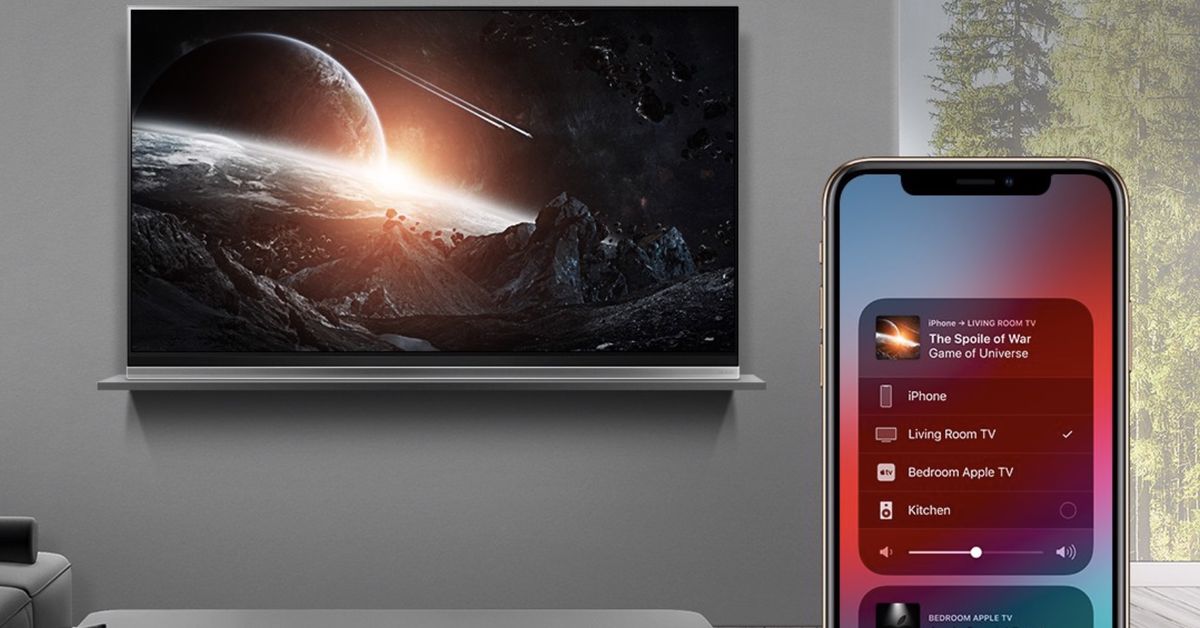 Samsung got a head start, but LG is the latest TV producer to integrate Apple's AirPlay 2 and HomeKit technologies with the latest premium TVs. The company has announced that it will launch a firmware update tomorrow, July 25, which adds both features of OLED TVs 2019, NanoCell TVs and ThinQ UHD TVs. Some other manufacturers are expanding AirPlay 2 to older models, but unfortunately LG only limits the function to this year's TVs.

LG claims to be the "first global TV producer that supports HomeKit." It is able to say it because, although Samsung added AirPlay 2 and a new Apple TV app to the TVs earlier this year, Samsung has so far has not done the same with HomeKit.

The reasoning is pretty good, if a move for the consumers: Apple's smart home platform is competing directly with Samsung's SmartThings division, which is not a conflict that most other TV producers have to worry about. So LG adds both right from the start. (However, there is no Apple TV app for LG TVs.)

AirPlay 2 lets iPhone, iPad, iPod touch, and Mac owners watch or listen to content on the TV screen with a touch. HomeKit makes it possible to control LG's TVs with the Home app or with Siri for "basic TV functions such as power, volume and source." The TVs can also be added to scenes or automations that may include other HomeKit accessories.