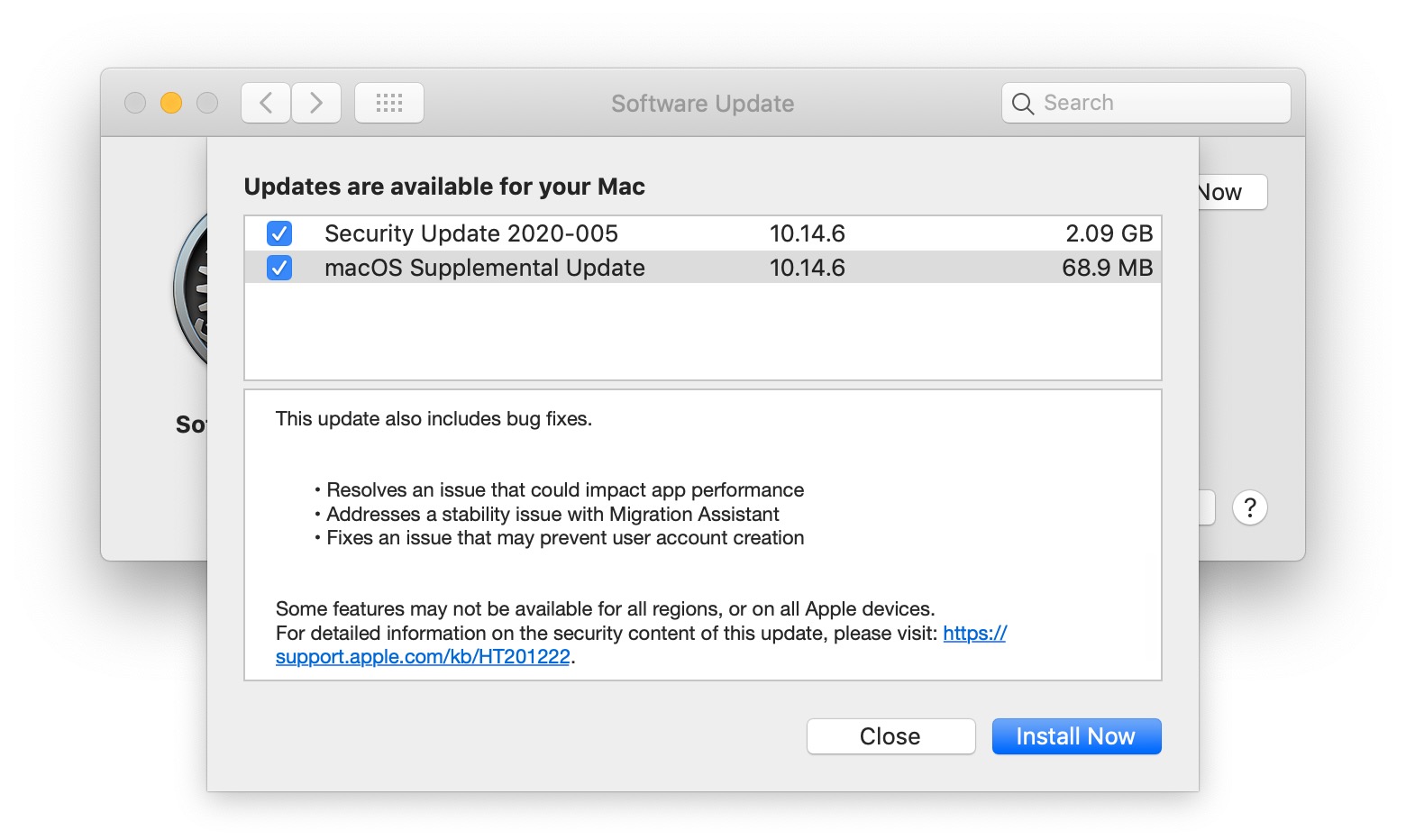 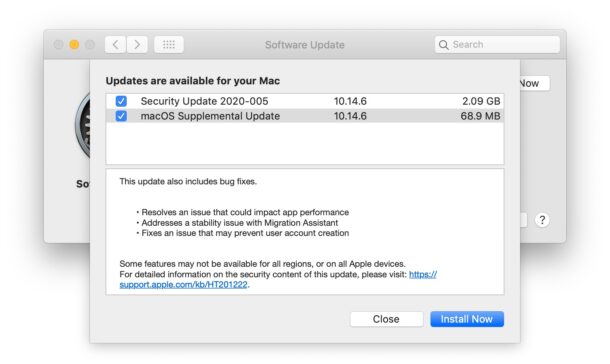 The update appears to resolve a number of performance issues that were experienced by some users who installed security update 2020-005 for Mojave. Some of the user-reported issues include extreme inertia and significant performance loss, high temperatures, high fans, memory leaks, app crashes and the system itself, hanging on startup, among other mixed reports. Some users also reported issues with Safari 14, and they may be resolved in this update, although it is unclear.

It should be noted that not all Mac users who installed security update 2020-005 for Mojave are affected by these issues, but still all MacOS Mojave users are advised to install the additional update macOS 10.14.6.

How to download and install MacOS Mojave 10.14.6 Additional Update

Back up your Mac before you begin.

As always, your Mac will restart to complete the installation.

Additional update of macOS Mojave 10.14.6 includes Safari 14 and bug fixes for your Mac.

Solves a problem that may affect performance

Resolves an issue that could prevent user account creation

Some features may not be available in all regions or on all Apple devices.
For detailed information about the security content of this update, visit: https://support.apple.com/kb/HT201222. ”

Users can download the update directly from https://support.apple.com/downloads as well.

Some of the potential complications of the previous SecuritY Update 2020-005 release are described in more detail on MrMacintosh for those interested.

Technically, this is one of several ‘supplementary updates’ that have been released for MacOS Mojave, which can be a bit confusing given the lack of versioning and naming. However, if you see “macOS Supplemental Update 10.14.6” available as an update on your Mac running Mojave, it is recommended that you back up your Mac and install the update.

Problems with iTunes on Mac