MacStadium makes a splash on VMworld 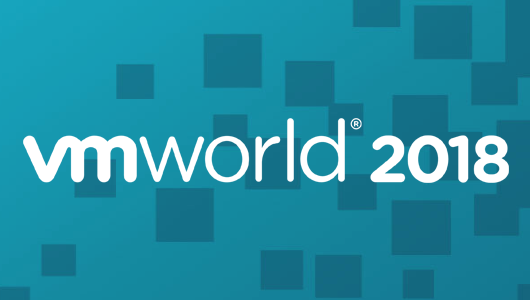 MacStadium was pleased to join VMworld as a "New Innovator" last week, where we surprised even the most experienced VMware users – their employees – with our success by running VMware Enterprise on Mac. In fact, most of the people we met, just unaware that ESXi could run on Mac infrastructure (with the remarkable exception of some of our friends as William Lam of Virtually Ghetto blogger celebrity). Most participants had heard about VMware Fusion running on a Mac laptop, but our ability to run ESXi in a business class on Mac Pro hardware was something they had not seen before.

MacStadium also arranged a panel discussion on Virtualization MacOS on Scale for iOS DevOps with some of our best customers, including Capital One, Box and Travis CI. The panel highlighted how MacStadium's VMware / Mac cloud enables these companies to meet their needs for Apple development and continuous integration (CI). It was a very interactive discussion with many good feedback and audience questions at the end.

You can watch MacStadium Virtualizing MacOS video on Scale for the iOS DevOps panel here:

As you can imagine, there were also a lot of announcements likely to be important to MacStadium customers. Our engineers participated in many sessions where we learned new ways to free up VMware functionality on Mac infrastructure. Most of all, we were excited to see the big weight VMware puts on features that support docker-style containerization. This weight only helps cement the VMware status as market leader in virtualization technologies and will greatly improve CI projects in the future.

Updates and news of special interest to MacStadium customers include:

If you had not heard, the biggest news in vSphere 6.7 is native support for MacOS Mojave and Apple File System (APFS). This means that VMware users who upgrade to 6.7 do not need to do any work-arounds to disable APFS during installation and hopefully you should see more full support for this and future releases of macOS. Our internal and customer testing confirms that Mojave World Cup works well in 6.7.

The VSphere HTML 5 client will now be fully selected in vSphere 6.7 Update 1

(U1), which means that it will eventually be able to do all the Flash client can do. Along with full functionality, improvements have been made in existing processes for greater ease of use and speed. From 6.7 U1 and beyond, only the HTML 5 client will receive new updates. Lost a tear for the Flash client.

In line with its 2.0 specifications, VMware dramatically captures their support for VVols. Currently, it has been limited to a few early adopters. Fortunately for MacStadium, one of these adopters was our partner Pure Storage, who will soon add full HTML5 client support for VVols. In a nutshell, VVols is a storage method that significantly simplifies the management of VMs, and is much better for increased performance, reduced construction times and faster cloning and still images. What VVols do is "containered" storage and place it on the level of individual World Cups. This makes it much easier to treat the World Cup individually rather than as a group, which ultimately means that the World Cup is easier to move because their storage moves with them.

VMware also revealed some of their future development and roadmap plans. Project Magna, the future of vSphere, will offer full AI integration and machine learning. This will allow images to "self-heal" and become more automated. Other benefits of this push will be more proactive high availability (HA) and other similar data center features.

VSphere Update Manager gives customers more control over their environments, allowing them to manage their implementations to a greater extent. ESXi updates, among other things, can be used directly from update processing. MacStadium adds additional support to this functionality, giving our customers another avenue to maintain their implementations.

A Command Line Interface (CLI) data center is built into VC Server vCenter Server Virtual Appliance (VCSA) that can be used to manage services and control VCSA status. We love everything that allows our users to automate and script more of their daily tasks, and we promote our support of this functionality.

We hope that our conversations and continued investments in the VMware community will continue to stimulate more innovation on the Mac page (and maybe some more inclusions for Apple on VMware HCL). Meanwhile, MacStadium engineers have actively tested these new VMware features and others so that we can make them available to our customers as they are released. We investigate multi-tenant functionality, new methods for forwarding health information, and more ways to improve automation to improve CI projects. Stay up to date for future announcements if additional MacStadium functionality is coming soon!