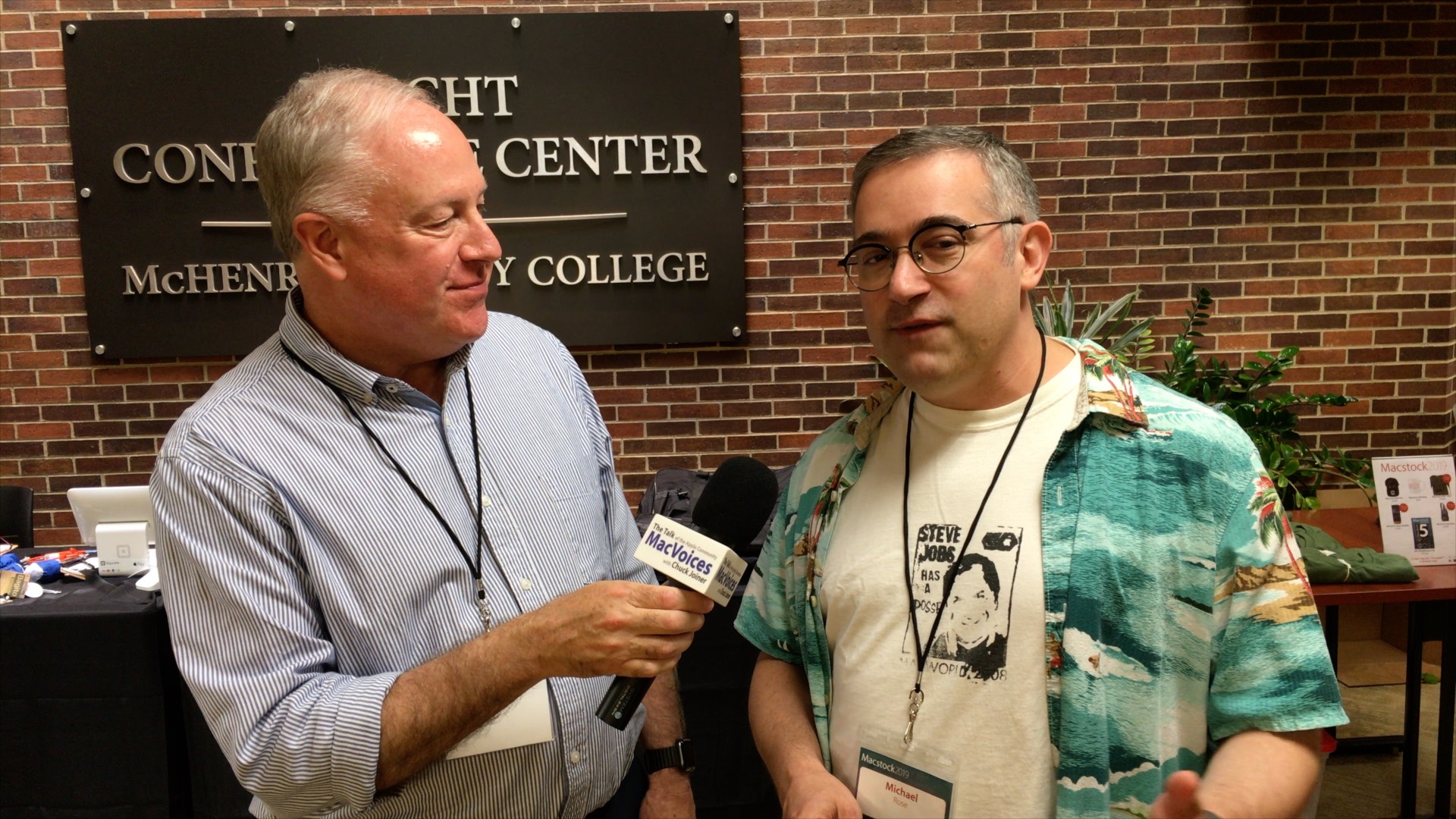 At Macstock 2019 we had the opportunity to catch up Mike T. Rose who came back to Macstock after missing it for a few years. With that perspective, Mike explains the "charm" to Macstock, who is still after five years.

9200.mp3 This edition of MacVoices is supported by Atto . The Power Behind the Storage.

Chuck Joiner is the producer and host of MacVoices . You can get what he does on Twitter Facebook and LinkedIn .

Donate to MacVoices via Paypal or become a MacVoices Patron.

Michael T. Rose claims his first Mac (a 128K original) served him well through high school and its successors (a 512KE, SE, SE / 30 and IIsi) were loyal stalwarts under the editorial works at Carnegie Mellon college newspaper, followed by a 10-year career in editorial technology at Time Inc., titled Entertainment Weekly & LIFE. Since leaving the print publishing world, Mike has helped manage IT. Mike and the family live in Brooklyn, NY. Hie hosts The Aftershow with Kelly Guimont, and you can find him on Twitter .