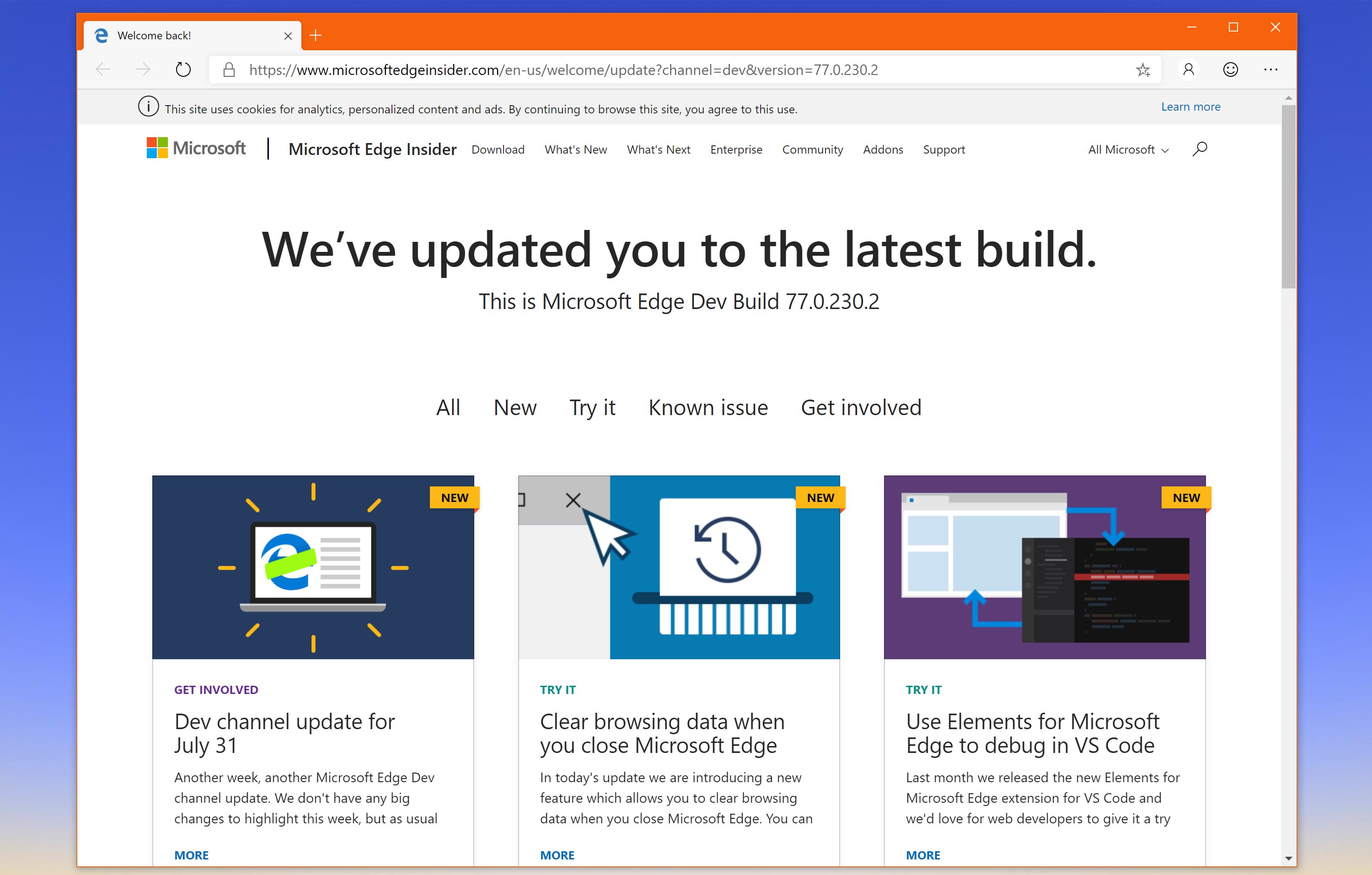 An internal beta build of Microsoft Edge for Mac has recently leaked to the web straight from Microsoft servers.

However, what is important to know is that this build beta is not an official release, although the download is served by Microsoft's servers.

This is probably an internal build of the Edge beta for macOS, but as Twitter user WalkingCat notes, anyone can install it on Apple computers.

Older than Dev and Canary

Now, the most important question: should you install this beta build on your Mac?

Not really, and the simple fact that it is an older version than Canary and Dev build is an indication that if you want to test your browser, these are the releases you should go to. Edge is already on Chromium 77 in Dev and Canary, while the beta is still based on Chromium 76.

Microsoft is pushing hard for Microsoft Edge to become a full-fledged browser even beyond Windows.

The transition to Chromium engine allows Microsoft to bring Edge to all operating systems where this platform is available, which includes not only older Windows but also macOS. It is believed that a Linux version may also land at some point, although confirmation of this project is not yet offered.

Meanwhile, nothing has been said about when we can expect Microsoft to release the stable version of Edge. What we know so far is that Microsoft could target Spring 2020 with the launch of the Edge stable for Windows 10, since the browser can replace its siblings in the OS in the 20H1 OS feature.