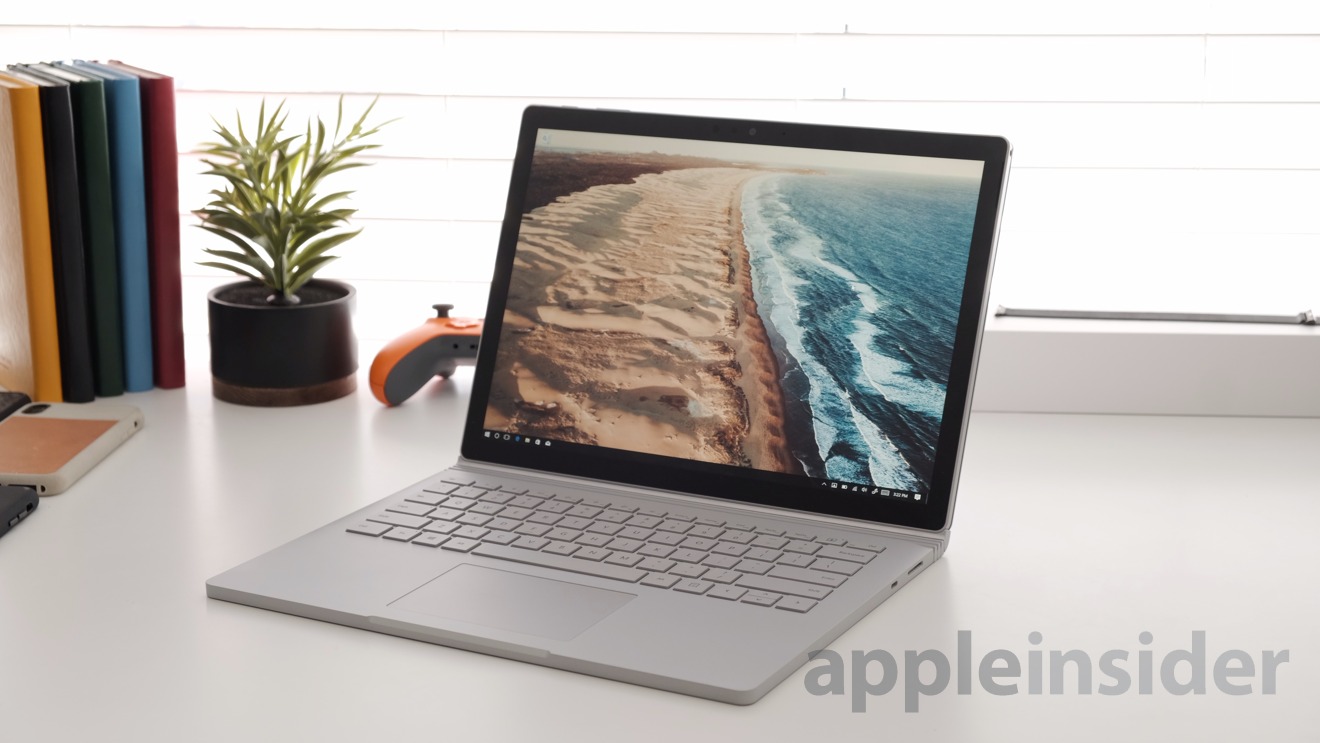 Microsoft Surface Book 2 is a hybrid 2-in-1 laptop that can be used as a tablet or a full-blown laptop. But given the performance, is it worth the money?

The Surface Book is essentially parallel to the MacBook Pro lineup for Microsoft. There are 1

5-inch and 13.5-inch variants, and although Microsoft has its own Surface Pro series, the specifications are not as powerful or as functional as the book.

Top of the line Surface Book 2

The 13.5-inch PixelSense screen on the Surface Book is stunning to watch, equipped with a 3000 x 2000 resolution that results in a higher screen, making it perfect for surfing the web or creating documents. While the display looks pretty by itself, it just isn't as nice as the MacBook Pro version due to the fact that it doesn't have a P3 Wide Color Gamut, so the colors aren't as vibrant and color-accurate. It is still a good display and it is one of the best displays on a portable Windows.

You can also unplug the display from the keyboard and use Surface Book 2 as a tablet – something you obviously can't do with Apple. Disconnecting it is super easy thanks to the dedicated button on the keyboard, and connecting it back to the keyboard is plug and play.

Surface Book 2 is similar to its predecessor, using the same gray magnesium with a reflective Windows logo stamped on the back of the device. It's a solid device, and a laptop that looks like it costs a lot of money.

The keyboard on Surface Book 2 is great, it offers a lot of key travel, and it is well placed for a 13-inch laptop. It's a nice refreshing change from Apple's butterfly keyboard that could end up breaking months after purchase.

The battery life of Surface Book 2 is rated for 13 hours, and during the two weeks we tested the laptop, it exceeded our expectations. From browsing to 30-minute gaming sessions and watching videos, we never felt like we needed to be at a wall outlet and recharge the laptop.

Touchpad is one of the best I've used on a Windows laptop, and as a daily MacBook Pro user, I appreciate having multiple touch gestures on the touchpad, I can use similar gestures as the MacBook Pro. Whether it's pinching to zoom or showing all my open windows at once, it's nice to have these features on a laptop.

What I am not in favor of, though, is the speakers on Surface Book 2, and offer a mediocre experience at best. It distorts at high volume and lacks bass, and it doesn't get very loud. The 12-inch MacBook sounds louder and clearer than the Surface Book 2, which is a huge disappointment for such a packed hybrid laptop.

In terms of inputs and outputs, we have many ports on Surface Book 2 including two USB A ports, one full size SDXC card reader, one USB C 5-gigabit-per-second port and Surface Book & # 39; s charging port. The charging port is magnetic, similar to Apple's old MagSafe technology, which I really like, but it really needs another USB-C port, or better yet, a 40 gigabit-per-second Thunderbolt 3 port.

So when it comes to performance, the 8th generation four-core i7 processor on this top of the line Surface Book 2 works really well in everyday tasks and some random play.

When it comes to games, we installed some of the games we occasionally play on PC, and that's Overwatch, Apex Legends and Black Ops 4. We were & # 39; Not very optimistic about games on the GTX 1050, and with Overwatch we could play at constant 60 fps in 1080p with settings in Medium.

With Apex Legends and Black Ops 4, we were able to get 50 to 60 fps in the lowest 1080p settings, which isn't terrible, but the game doesn't look as good on a notebook with much higher end graphics cards . Gaming is not Surface Book's strong suit, and while it may run some popular titles in low to medium settings at 1080p, serious gamers may be looking elsewhere.

Overall, Surface Book 2 is a solid unit for everyday tasks, and the best Windows two – the one you can buy, but the hefty price tag of $ 3,000 is a bit crucial for the performance given similar to a $ 1300 MacBook Pro. The unique design, beautiful display and 2-in-1 functionality is a refreshing change from a traditional laptop, but it's hard to recommend Surface Book 2 in 2019.

We think it's best to wait for the next generation Surface Book or get the much more affordable base model 13-inch MacBook Pro.

How to Save on Microsoft Surface Book 2

Microsoft's Surface Book 2 is currently on sale at top retailers, including Amazon, Adorama, B&H Photo and Microsoft itself.

Shoppers looking for bonus benefits can also benefit from no interest financing offers from the above dealers or even a refund of sales tax in eligible states on B&H with the Payboo card.

Those in the Mac market can also save on Apple's MacBook Pro with instant and exclusive promotional savings in AppleInsider Apple Price Guides.