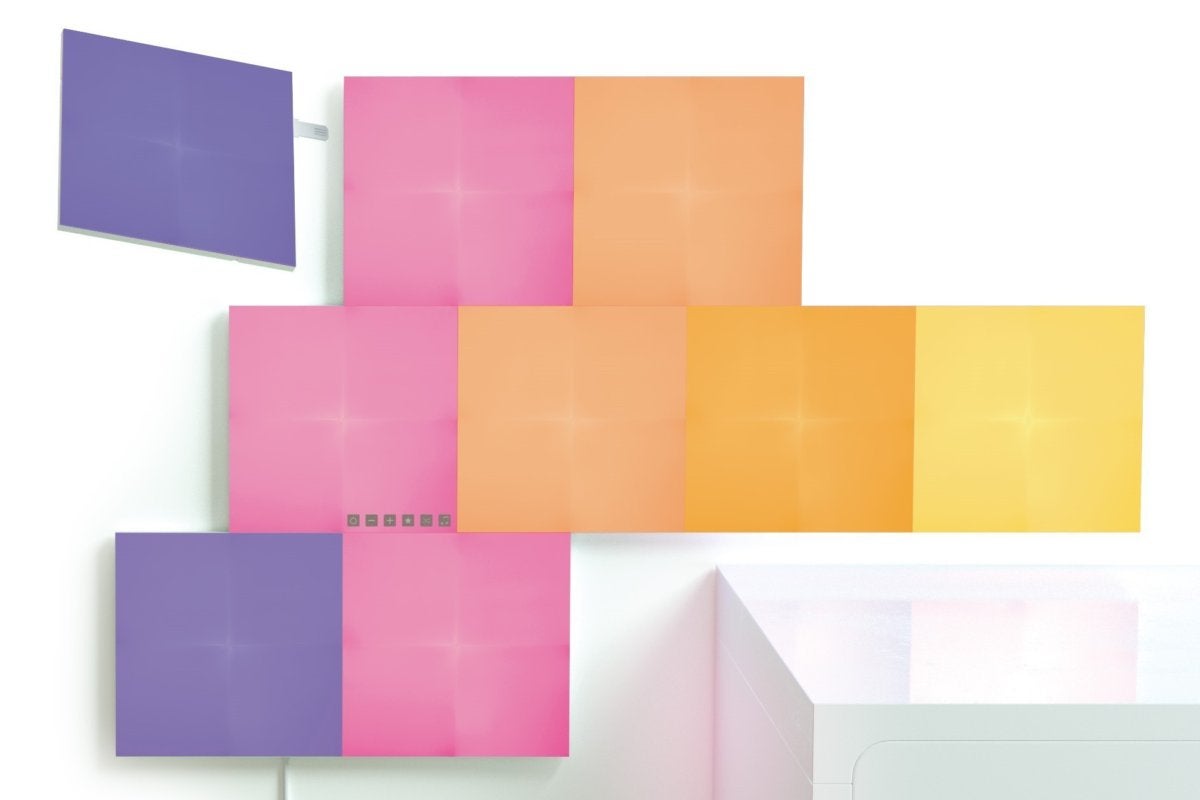 Nanoleaf's touch-sensitive canvas LED smart squares allow you to turn them on and off already, adjust the brightness and even play games just by tapping them. From the beginning, however, Nanoleaf's luminous squares will also let you take control of your various HomeKit-enabled devices.

An update to the Nanoleaf iOS app will add Touch Actions, a feature that lets you tap specific canvas chairs on canvas Remove non-product link to your wall to control the various HomeKit devices, or even create a "scene" through a series of coordinated smart actions.

Once you have installed the update (scheduled to arrive today), Touch Actions lets you configure all your LED squares on the canvas to perform a smart activity by either tapping, double tapping or long tap.

Among the options posted by Nanoleaf: tapping one of the canvas panes in the morning to simultaneously turn the lights on and heat a kettle connected to a smart plug, or tap another square at bedtime to turn off the lights and turn the thermostat back on.

Nanoleaf's new Touch Actions offer a smart alternative to pulling out your phone to control smart devices or scenes.

Of course, you can also just ask Siri to turn on the lights, or call Alexa or Google Assistant to make your HomeKit bid with all compatible devices. That said, you may prefer to knock on a canvas square to brew your coffee instead of waking the whole house by barking at Alexa.

A Touch Actions update for the Android version of the Nanoleaf app is also underway, according to Nanoleaf, although the company did not specify a release date.