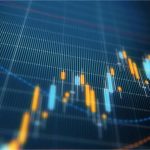 The shares ended mixed on Friday when the three major indices struggled to find their footing after a week of volatility. Nasdaq had its worst weekly loss since March. The S&P 500 and Dow leveled gains during the session, but they still recorded losses during the week.

Nasdaq fell 0.6% on Friday as the index was pushed by an ongoing route in some of its most weighted major technology stocks. Apple and Amazon shares each fell more than 1%.

Here are the three major indices settled at the end of regular trading on Friday:

MacDailyNews Take: Until there is some clarity after the US election, please fasten your seat belts as there is a lot of turbulence waiting.