Only Human by Jonas Brothers on Apple Music 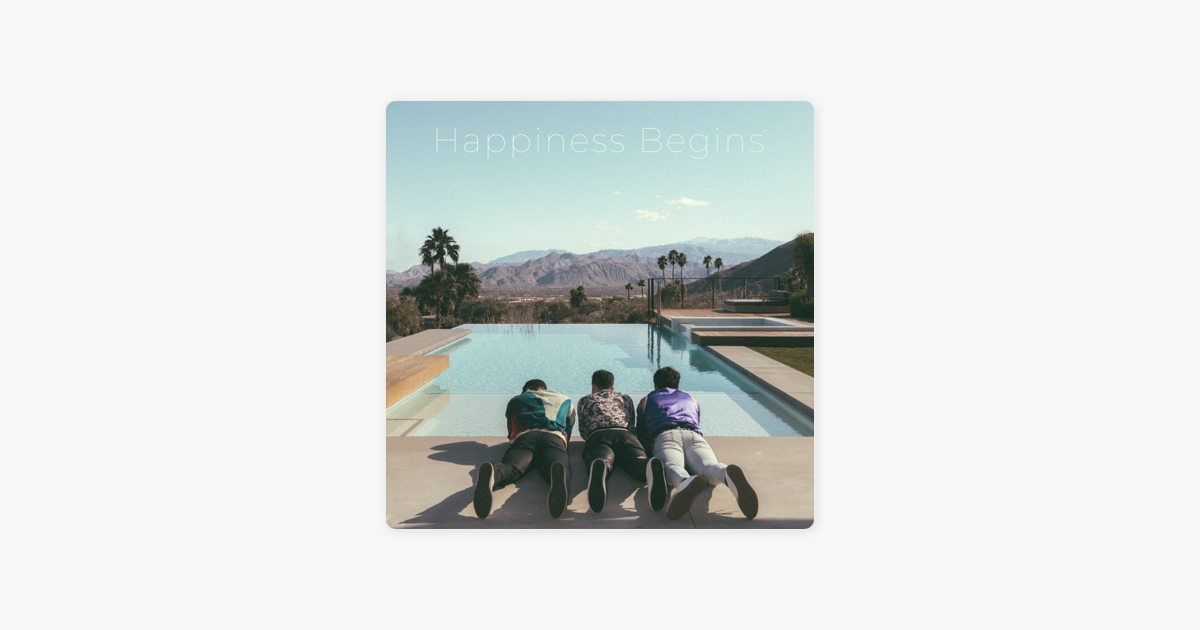 "We went into every session hoping to bottle up happiness and bring it to the world," Joe Jonas tells Apple Music about the first album he made with his brothers Nick and Kevin in ten years. "We didn't know that it would actually be the title of the album, or that the cover would be the visual representation of how we feel, and that is that with each other we can get through anything." The album – immensely clean and upbeat, co-written by Ryan Tedder, Max Martin and Greg Kurstin – has playful police spinoffs, Post Malone-inspired bops and smoldering slow-jam serenades that frankly can make fans faint. Here is a detailed description of the family reunion that the brothers themselves have told.

"Sucker"
Kevin: "We wrote this about Ricky Bobby and his journey to be the best racing car driver in the world. "
Nick:" If you're not first, you're last. "
Joe:" But it was a slow burn. It wasn't immediately for all of us that we said, "This must be the first single!" into the world. "
Kevin:" And what happened then? "
Joe:" And then it became the first single. "

" Cool "
Nick:" This song came to the end of the writing process. We tried to write a ballad, actually, but we ended up writing this instead because we all came to the studio and felt very cool that day. Feels like a million dollars. "

" Only Human "
Joe:" This was the last song to make the album. Max Martin and Shellback [Karl Johan Schuster] contacted us. They are handsome Scandinavian dudes, but they are also two of the best songwriters and producers in the world. They have many hits on their hands. And a little story: Much of this song was written and recorded via FaceTime. Shellback was home in Sweden, and he had to be very quiet because it was 4 pm and people were sleeping in the other room. "
Nick:" It really would have been a really good Apple commercial. How the world gets smaller and more connected and hit songs are written on FaceTime. "

" In Believe "
Nick:" Early in the process, Greg Kurstin helped us define how the album should sound. He is the best guy to do that, after working with Adele and Beck ̵

1; artists we love and respect. And this song is a love letter to my wife. I'm so excited to play it on tour. "
Joe:" We listened to it a lot at your stag team. It sounds even better at the beach. "
Nick:" It does. Then give it a try. "

" Used to Be "
Joe:" This, at first listening, was not a song I connected to. And then I suddenly became: 'My God, I'll make it. I love it. & # 39; It simply felt. & # 39;
Kevin: "I feel that this song was greatly influenced by Post Malone and stuff on the rhythmic urban side. Post had called us out in one of his songs, so we felt it was only appropriate to do the same."

"Every single time"
Joe: "This one has a political sense of it."
Nick: "The Band Police. If you haven't heard of them, you should definitely go and check them out. is a great new band. They are amazing. "
Kevin:" The lead singer is this guy Stung. "
Nick:" Yeah, Stung. He's amazing. "

" Don't Throw It Away "
Joe:" This song was also produced by Greg Kurstin and co-written by Mozella, who has become one of the greatest songwriters in the game and helped us unlock many things early in the creative process. This has some influence from the 80's in it. "

" Love Here "
Kevin:" It's very important on an album for us to have something n romantic songs.We have had a lot of vibey, upbeat songs that you listen to and after the eighth song, at this time of dinner, you finish that bottle of wine. You had the main course. "

" Happy When I'm Sad "
Nick:" This song is about putting on a face, a mask, a mood to be happy when you're sad. "
Kevin:" I think a lot of people can relate to that. I visualize the Dexter TV show. "
Nick:" Just cutting someone in half, but smiling through it. "
Joe:" Interesting. It's pretty dark, guys. Not what I had in mind when we wrote it, but to each one's own. "

" Trust "
Nick:" This song was a collaboration with Jason Evigan, with whom I wrote my song "Chains". He is a brilliant producer and songwriter and has been a friend for many years, but getting good relationships with great songs is one of the most rewarding songs as a songwriter. It was a magnetic connection for all of us. "

"Feel free"
Joe: "This is an important song. I wrote it for my significant other, Sophie, and it is one of those love letters that you write to your partner saying: & # 39; be there no matter what. " we needed a song to help it. Ryan [Tedder] introduced us to "Rollercoaster." We adjusted a bit to make it our own, and it embodies all the themes relevant to the documentary: having fun when we were small, and then chosen to do it again in a healthy way, and finally say, & # 39; I'd like to get back on the roller coaster with you again and do it again. & # 39; "[19659004] "Comeback"
Joe: "This is one I'm most proud of. We use pronouns in this relationship-facing, but it fully represents where we were at like a band, saying, 'Come back to me. I will come back to you. & # 39; We have been through a lot on this trip, but it brought us back here. This song touches on our roots growing up playing music in the church, and it is a hymn that forms in the chord structure and even the melody. I'm just really proud of this one. "